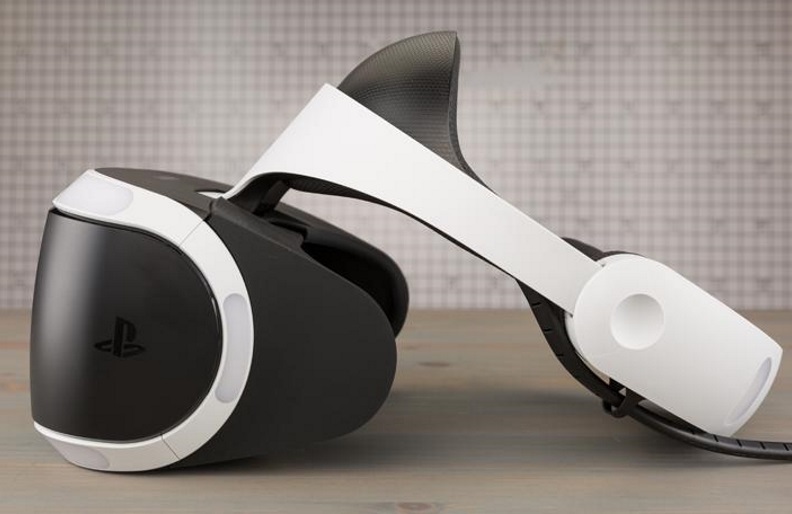 Virtual Reality is a fascinating way to travel using nothing more than the power of technology. With a headset and motion tracking, VR lets you look around a virtual space as if you’re actually there. It’s also been a promising technology for decades that’s never truly caught on. That’s changing with the current wave of VR products.

Oculus has released the consumer-ready Rift, HTC and Valve have put out the Steam-friendly Vive, Sony has launched the excellent PlayStation VR, Samsung recently added a separate controller to its Gear VR, and Google’s Daydream platform is just starting to emerge like a butterfly from its Cardboard coccoon. There are a lot of promising headsets across a lot of different price and power spectrums.

The Big Question: Mobile or Tethered?

Modern VR headsets fit under one of two categories: Mobile or tethered. Mobile headsets are shells with lenses into which you place your smartphone. The lenses separate the screen into two images for your eyes, turning your smartphone into a VR device. Mobile headsets like the Samsung Gear VR and the Google Daydream View are inexpensive at $100 or less, and because all of the processing is done on your phone, you don’t need to connect any wires to the headset.

However, because phones aren’t designed specifically for VR, they can’t offer the best picture even with special lenses, and they’re notably underpowered compared with PC- or game console-based VR. Qualcomm showed off some cool Snapdragon 835-powered prototype headsets at CES that let you walk around a virtual space without needing to be plugged into anything or have sensors installed around your room. And Google recently announced standalone Daydream headsets from HTC and Lenovo that don’t require a phone and use built-in position tracking.

Tethered headsets like the Oculus Rift, HTC Vive, and PlayStation VR are physically connected to PCs (or in the case of the PS VR, a PlayStation 4). The cable makes them a bit unwieldy, but putting all of the actual video processing in a box you don’t need to directly strap to your face means your VR experience can be a lot more complex. The use of a dedicated display in the headset instead of your smartphone, as well as the use of built-in motion sensors and an external camera tracker, drastically improves both image fidelity and head tracking.

The trade-off, besides the clunky cables, is the price. The least expensive option is the PS VR at $400, and it requires $60 to $160 in additional accessories on top of that to really work. The Oculus Rift is $500, and it only comes with a simple remote and an Xbox One gamepad; the Oculus Touch controllers are another $100 on top of that. And while the HTC Vive is the most comprehensive package, it’s also the most expensive at $800. And that’s before you address the processing issue; the Rift and the Vive both need pretty powerful PCs to run, while the PS VR requires a PlayStation 4. 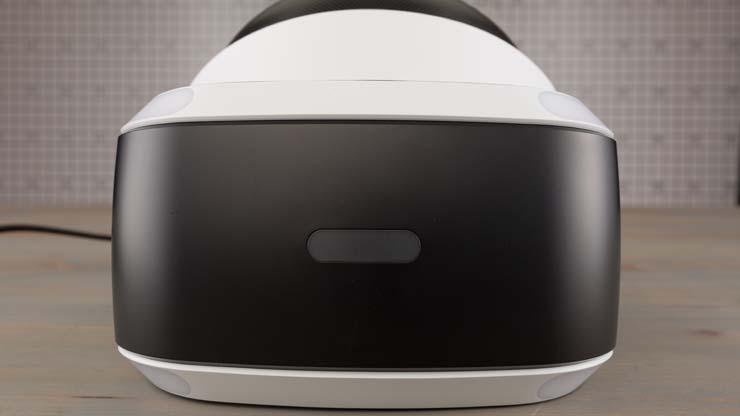 Sony’s PlayStation VR is our current Editors’ Choice for virtual reality, offering the most polished and easy-to-use tethered VR experience with a relatively reasonable price tag. You can only play proprietary titles on it, like Resident Evil 7: Biohazard, but a theater mode lets you play any PS4 game as if you were sitting in front of a large screen, and the VR games we’ve tried have impressed us. Like the Rift, it also requires an additional investment for full functionality; you need a PlayStation Camera for the headset to work at all, and a PlayStation Move controller bundle for motion controls. Still, for a $400 headset, that means the total is still less than the price of the Rift. 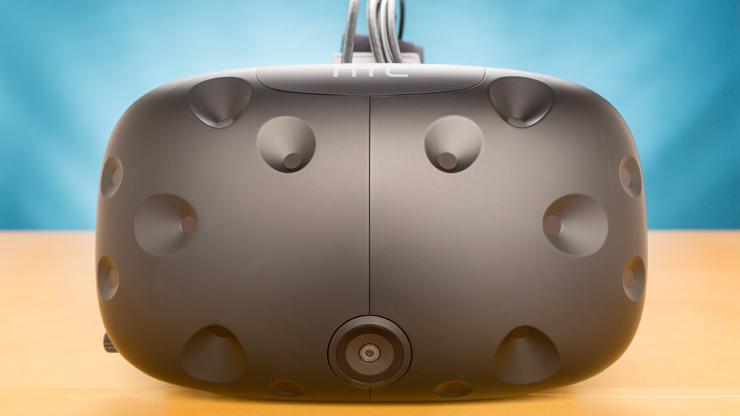 HTC’s Vive is a comprehensive package that includes a headset, two motion controllers, and two base stations for defining a “whole-room” VR area. It’s technically impressive, and is the only VR system that tracks your movements in a 10-foot cube instead of from your seat. It also includes a set of motion controllers more advanced than the PlayStation Move. But that $800 price tag is pretty hard to get past, and PC-tethered VR systems like the Vive need plenty of power, with HTC recommending at least an Intel Core i5-4590 CPU and a GeForce GTX 970 GPU.

HTC recently unveiled a standalone Vive headset that doesn’t require a connected PC. It’s appropriately called the Vive Standalone, and was shown off at the ChinaJoy entertainment expo in July. The device will be exclusive to China at launch, and there’s no word on if it will ever come to North America. 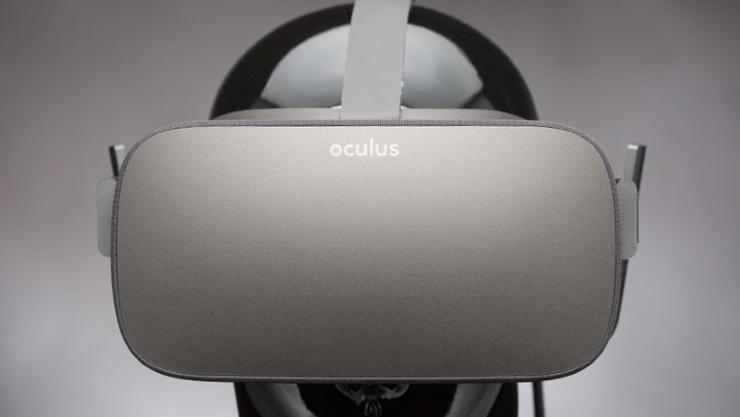 The Oculus Rift has become synonymous with VR, even if the brand has lost some of its luster against the HTC Vive and the PlayStation VR. The retail version of Oculus Rift is out, and while it’s more expensive than the developer kits were, it’s also much more advanced. From a technical standpoint, the headset is nearly identical to the Vive. It lacks the Vive’s whole-room VR, but at $399 it costs half as much, and at the time of this writing includes the excellent Oculus Touch motion controllers. 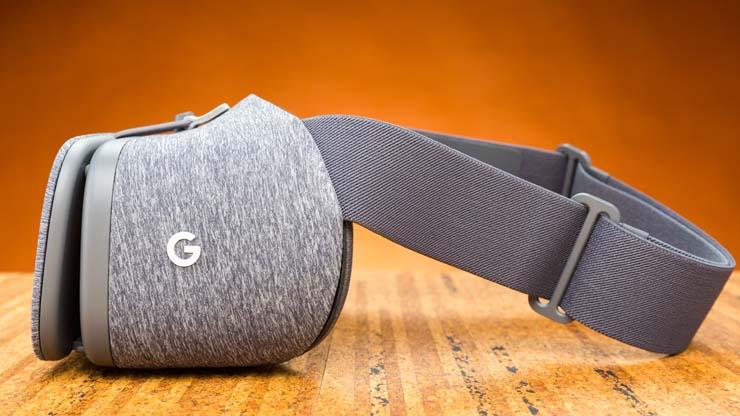 Google’s Daydream is similar to Google Cardboard in concept. You still put your phone in an inexpensive headset (the $79 Daydream View), and it functions as your display thanks to a set of lenses that separate the screen into two images. A pairable remote you hold in your hand (similar to the Oculus Remote) controls the action. It’s impressive when you can find apps that work with it, but the software library is currently very light and it isn’t backward compatible with Google Cardboard apps (though Google is working on that with an SDK update). 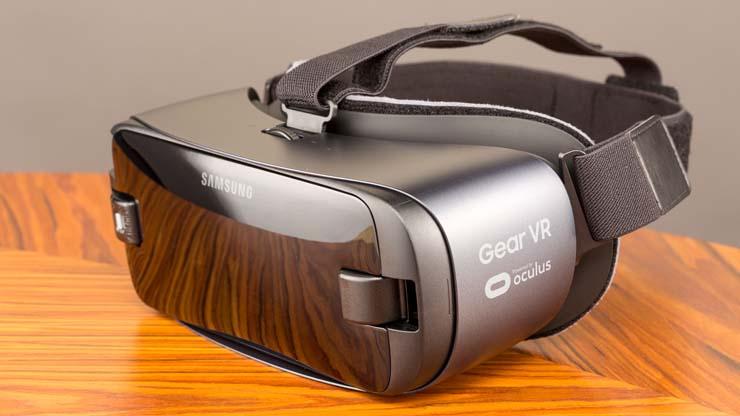 Samsung’s Gear VR is one of the most accessible VR systems, with a catch. To use the newest Gear VR, you need a compatible Samsung Galaxy smartphone (currently eight devices, ranging from the Galaxy S6 to the S8). This narrows down potential users to people who already own compatible Samsung phones, since buying one just to use with the Gear VR pushes the price to HTC Vive levels. On the bright side, Samsung regularly bundles the Gear VR with its flagship phones, so if you’re planning to pick up a Galaxy S8, you might get a headset for free with the purchase.

The now-$130 Gear VR is a bit more expensive than both the previous iteration and the Google Daydream View, but it comes with a new Bluetooth controller equipped with both a touch pad and motion sensing, in addition to the touch pad built onto the headset itself. Samsung collaborated with Oculus to build the Gear’s software ecosystem, which features a solid handful of apps and games, and multiple ways to consume 360-degree video. 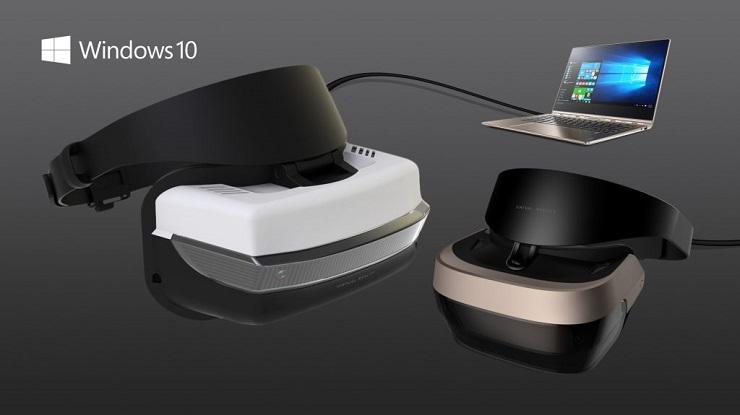 Microsoft has announced partnerships with multiple hardware manufacturers to offer a variety of Windows 10-compatible VR headsets on top of the Vive and Oculus Rift (which have their own software ecosystems with Steam and the Oculus Store), and the recent Windows 10 Creators Update has introduced some VR features into the operating system. These headsets will use outward-facing sensors for motion sensing, so they won’t need external cameras or sensors like the Rift, Vive, and PS VR. We recently checked out a developer model from Acer that seems promising, though pricing and release dates aren’t yet available.

Microsoft has also been working on the HoloLens, an expensive and still developing augmented reality headset with a lot of potential. Just keep in mind that AR is not VR.

So far, Apple has been very cool on VR, but that’s slowly starting to change, at least from a software development side. OS X High Sierra enables VR development on three major VR software platforms: Steam, Unity, and Unreal. It also uses Apple’s Metal 2 framework, which the company says provides the performance necessary for VR. No plans for any Apple-branded VR headset have been announced—we’ll much more likely see Rift or Vive compatibility added to Macs.

The Future of VR

VR’s adoption and development is difficult to predict, and it could go in many different ways. Google Cardboard gave way to Google Daydream, while Samsung continues to iterate is Gear VR, though neither has set the VR world on fire (though they are among the most economical options). We haven’t heard much about future HTC or Rift headsets with more advanced technology, and the PS VR looks like it will stay the same for the foreseeable future. A Finnish startup called Varjo is working on a new VR headset it claims displays 70 times the resolution of the Vive, but it won’t be falling into consumer hands anytime soon. We’ll keep an eye on the major VR platforms and update this story as new software and hardware are developed.

This article was originally published by PCMag.