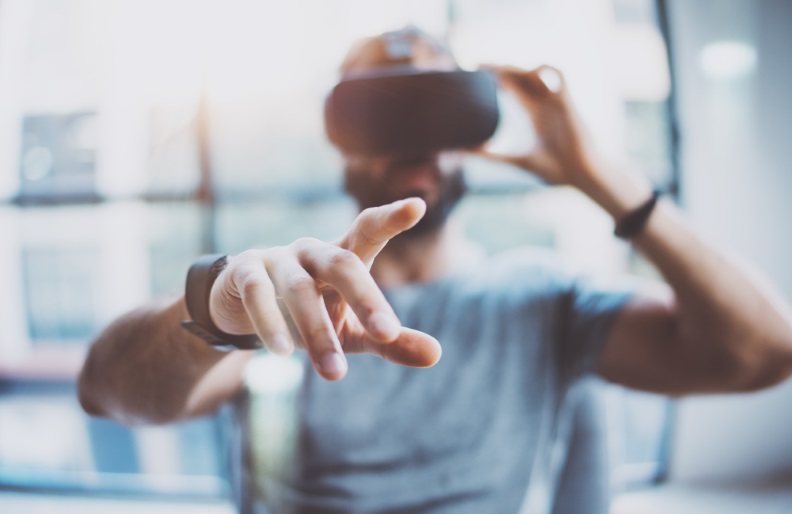 VR or virtual reality (virtual reality) is here . There are controllers and consoles that have support for playing and watching games and movies in the VR-in. While this is so far only an idea that is in progress to its full implementation, VR soon we can expect on their smartphones.

But virtual reality is not only grandiose newspapers as far as technology that has recently been discovered. Equally exciting discoveries are related to the detection of AR, or an artificial reality ( “artificial intelligence”) and MR ( “mixed reality” or mixed reality) . And AR and MR deliver both user experience leaves although they do it in a slightly different way.

So now we have a number of technology acronyms to be able to differentiate and about which something should know. What is VR, and that AR and who exactly is a difference in these two terms and that the two concepts radically change the perception of the worlds, especially in gamer terms, let’s read below.

And artificial and virtual reality technologies that slowly but surely taking over the world of technology in general. But how to identify them in the simplest way? These two technologies can easily distinguish if all simplify and put it this way: virtual reality is the reality that their users fully “fit” in their world (which is virtual), while artificially created reality works in a way that “overlap” over the real world using their virtual elements.

Headset for VR uses one or two screens which are located very close to the faces of users. So user VR headset virtual world perceived through the lens of the headset. In addition, the VR headset uses a range of sensors that are used to monitor the direction in which will move the user’s head, and body. Using this information, the VR headset then create appropriate images and thus creates the illusion that the user is moving in a new and strange environment it.

In the case of devices such as the HTC Viva, or in the case of the upcoming independent VR devices, users can not only free to look around, but can also be freely and independently and move around. What is interesting is that if an independent VR device uses a technology that is similar to the AR and MR-in. Oculus Rift works in a similar way. Besides the Oculus Rift and HTC Vive, the second VR devices are Google’s Daydream and Google Cardboard .

AR devices use either glass or a camera through which one can see so that users can use the AR devices in the real world all the time. Digital elements will then be screened or over the glass or will be displayed on the screen which will be located where there is the camera. Between VR and AR device there is great similarity.

One of these similarities is reflected in the fact that both devices will use tracking a user’s head to thereby accurately determine where a user will move. However, it should be noted that the AR needs less processing power compared to the VR devices, mostly because AR devices do not need to render the whole scene.

What AR devices need is some degree of computer vision – branch of computer science that allows devices “understanding” of the world that is around them so all digital elements can be arranged in the right way. Google Glass is a good example of a device that wants to focus on a good presentation artificially created reality, and what is even better is that the Google Glass received its first update, and for the first time in three years.

What is great about the artificially created reality is that devices ua AR does not require any headset. AR might well work on your smartphone and through appropriate applications. Pokemon Go is a good example of implementation of the AR. It is a game that is played across Android devices and for which you do not need any headset or anything. It is enough just to download the game, run it and that’s it. Artificial “mapped” the world will be at the same time display over the “real” world.

What also should be mentioned when talking about the AR-in is that in some cases the AR does not include any visual elements. In most cases, Ar refers to digital information that is displayed on the device in such a way that everything we see in be “mapped” over the true reality. All in all AR and VR technology are two technologies that are now working together, complementing each other. There is no way to talk about some kind of competition between the AR and VR because, when you look closely, we see that it is a “two worlds” that are “complementary” in many ways.

What to do with all of that then has the MR?

Although the MRI or mixed reality is quite similar to the AR-in the sense that both technologies use the real world to be “over it” created your reality. What is still unknown jest- which is exactly the difference between these two terms.

So far, the dates mixed reality used to describe a scenario in which the elements that are created by the computer at greater interaction with elements from the real world . Examples of hardware that used MRI approach for the time being there is not much, considering that this technology is in its infancy.

So far, Microsoft HoloLens or unusual and somewhat mysterious Magic Leap headset two devices that might best describe how MRI works. If we see that MR devices are functioning in a way that users are introduced into your world in a way trying to present their own who will be computer-generated, but again not as is the case with VR, then we can say that the MR kind between VR and AR.

What are your experiences with virtual, artificial ii mixed reality or you are one of the users who still prefer “real” reality?