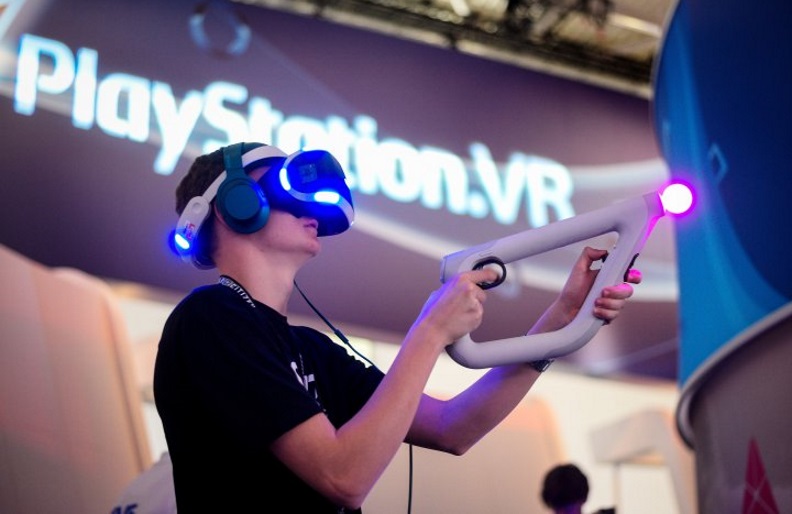 Sony will release an updated version of its PlayStation VR headset with minor improvements, the company announced on Oct. 2.

The new version will feature a slightly updated design with integrated stereo headphone cables, making the dangling wires that are usually necessary for attaching headphones to the headset much less obtrusive. Sony is also giving the headset a new processor unit that supports HDR pass through. The processor unit is a small black box that connects the virtual reality headset to the TV and PlayStation 4, essentially functioning as an HDMI splitter.

Read more   The Best VR Headsets for PC and PS4

The new HDR pass through feature means that PlayStation VR owners will be able to run HDR content, like TV shows and non-VR games, on their TV through the PlayStation 4 without having to disconnect the processor unit. It’s a trivial addition, but one that could be useful for those who prefer to leave their PlayStation VR headset connected when it’s not in use for the sake of convenience.

Sony has not announced when the new PlayStation VR will be released, but did say it will be priced the same as the current headset. PlayStation VR owners won’t be able to just swap out their existing processor unit for the updated box, however, since the cables are different. Those wishing to get the HDR pass through functionality will have to upgrade to the new PlayStation VR. The packaging for the refreshed headset will also be slightly different, with a new product image that shows the changes.

The updated model comes nearly one year since Sony first launched the PlayStation VR last October. Sony hasn’t yet disclosed any plans for a what the next generation of PlayStation VR will entail. But Shawn Layden, Sony’s global game development boss, previously told IGN that the company has already been thinking about it. “We are constantly iterating and innovating our hardware almost the minute that [we] delivered the first,” Layden said. “When you deliver unit ‘A’, you know that unit ‘A Prime’ is already in design. You can look at the first generation of the product and see the future about where you want it to go.”

This article was originally published by Time.