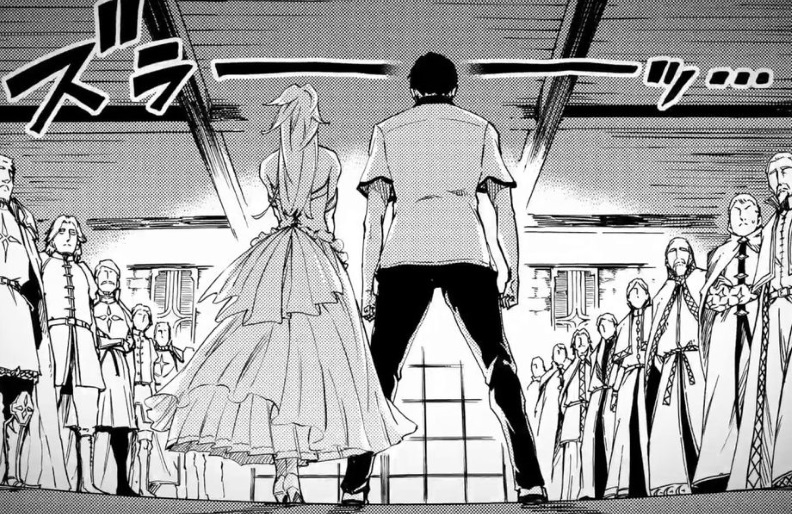 I haven’t been a huge fan of most of the virtual reality experiences I’ve tried, and I’m not shy about admitting that. But I’m super into manga; turns out combining the two might be the trick to getting me psyched about VR.

In Japan, Square Enix is known for more than just its games: The company is also a major publisher of manga. That’s why it’s slightly surprising that it took so long for Square Enix to come up with something like the tentatively titled Project Hikari, a new series of virtual reality projects that rip comic chapters off the page and throw them into a fantastic virtual reality experience.

Just ahead of the project’s debut at this year’s New York Comic Con, I got to kick back and immerse myself in a manga world. The chapter in the demo comes from a series unfamiliar to me called Tales of Wedding Rings (a name which suggests it’s very much in my wheelhouse). It began with a scene that resembled most manga I’ve read: a black-and-white background, with a single panel appearing on top. But the key difference here was that I could move my head to see more of that background, and that each panel appeared one by one, in sequence.

The point of Project Hikari isn’t just to read manga with a headset strapped to my face. It’s a strange, even beautiful blend of animation and comics, with certain pages completely recreated with original 3D models and assets. Scenes where the story’s protagonists silently walked toward each other or apart became dynamic; I watched the characters move and pause. There’s voice acting, too, making the whole experience feel even more unique and immersive.

I know nothing of Tales of Wedding Rings, so I can’t quite compare this version to the original on the written page. But to watch it play out as some sort of manga-animation hybrid was like seeing the best motion comic in existence, or a beautifully rendered manga that doesn’t lose its illustrative quality when translated into another medium.

The potential for an app like this seems at once limited and expansive. For one, Square Enix owns some hugely popular manga properties in Japan, like Fullmetal Alchemist. Having the option to watch a chapter of it read aloud, with full voice acting and some exclusive cutscenes, would definitely get me to check out the series again.

A member of the design team intimated that pricing wouldn’t be equivalent to how much manga typically goes for, which can be as little as $5 for a single volume in Japan. Considering that Project Hikari will likely consist of episodic or chapter-based releases, paying even that much for what amounts to a handful of pages may not be a great deal. (Plus, the whole thing raises some big questions about the nature of sequential art, but that’s a philosophical discussion for another story.)

I’d love to see Project Hikari develop into something even more audacious — the idea of using VR to adapt an action-oriented or more dramatic manga is exciting. Square Enix plans to make the experience available in 2018, so VR-owning fans of Japanese comics should keep an eye out.