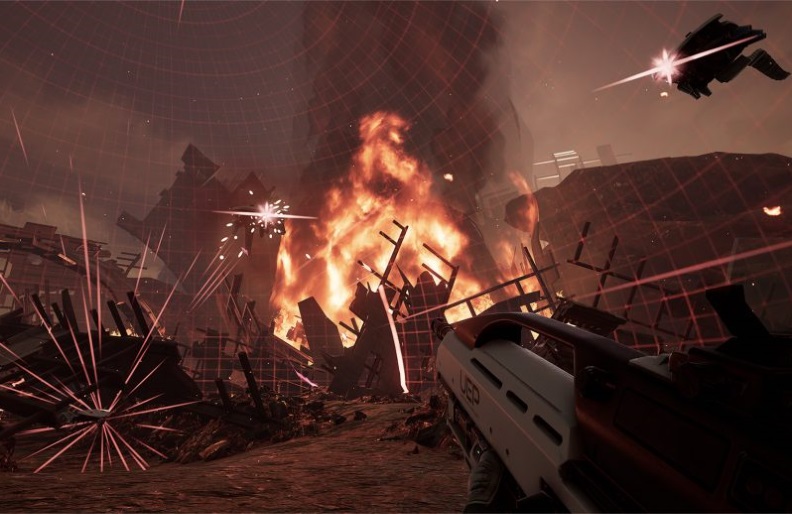 If you’re a proud PlayStation VR owner then you’ll probably want to pick up one of the first games available for the platform: Farpoint.

Online retailer Base is selling Farpoint VR for the PlayStation 4’s PSVR platform for a bargain price of £17.85, which is significantly less than the recommended retail price of £49.99.

It’s worth noting that very few retailers are still selling it for the full retail price, but Base has the cheapest deal available right now. Most sellers have the game priced somewhere north of £20, so this is still a decent deal if you’re set on buying the game.

Farpoint is a shooter game that was developed exclusively for playing using the PlayStation VR virtual reality platform.

It’s a space adventure that’s set on a hostile alien world, which sees the player having to survive against enemies in the best way possible: using a big gun.

As a game, it’s not particularly revolution, but the fact that it’s compatible with virtual reality means players will get a new perspective compared to more conventional shooters.

We gave Farpoint a fairly middling 2.5/5 score in our review, which is partly because it’s still very early for VR content – and quality is still very inconsistent across the industry.

Still, we praised the immensely satisfying experience of shooting, as well as the good amount of movement options that make gameplay feel more comfortable.

Here’s our verdict, which notes that picking up an Aim Controller significantly improves the quality of gameplay: “Farpoint is a dull first-person shooter made enjoyable by a simply brilliant controller. The only reason to buy this game is to experience it with the Aim Controller, and I’m almost tempted to recommend that VR enthusiasts buy the bundle for the Aim alone. It’s simply that good.”

This article was originally published by Trusted Reviews.