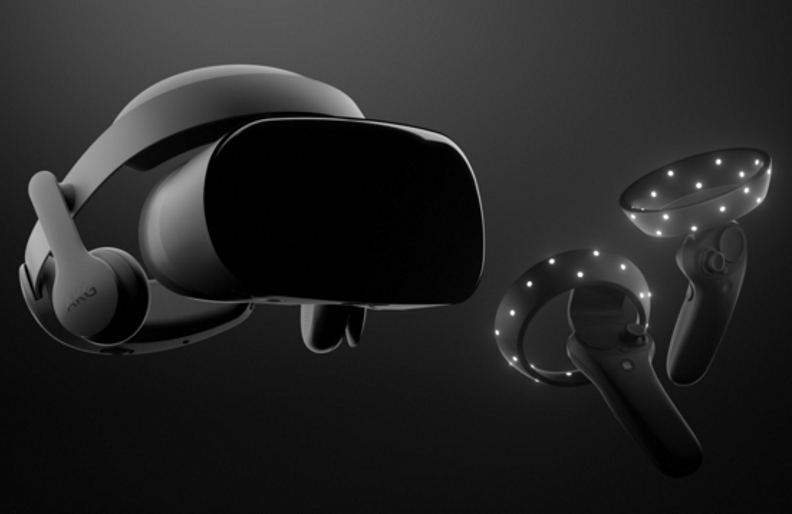 The Samsung HMD Odyssey, specs-wise, has its sights set firmly on the likes of the HTC Vive and Oculus Rift. It offers dual AMOLED displays, each measuring in at 3.5in with a 1400×1600 resolution, a 100-degree field of view and a 90Hz refresh rate.

This means that users can move forward and backward, up and down and left and right, as well as tilt and turn their heads, without needing to set up external sensors around the room.

The HMD Odyssey will ship with two controllers, which look similar to Oculus’ Touch offering. The wand-shaped devices each feature a clickable touchpad, menu button, power button, trigger, thumbstick and Indicator light. Inside is a 6-axis accelerometer, alongside a 6-axis gyrometer and a 3-axis compass. Each controller needs 2x AA batteries, so you’d better get down to Poundland and stock up.

Alanna Cotton, vice president and general manager of Samsung Electronics America, swooned: “When we began designing and engineering the Samsung HMD Odyssey with Microsoft, there was only one goal in mind, create a high-performing headset that’s easy to set up and can transport people to the incredible world of virtual reality.

“Samsung is committed to working across platforms to build cutting-edge technology, and we’re excited to partner with Microsoft to shape the future of virtual reality. But most of all, we can’t wait for you to take the Samsung HMD Odyssey out for a spin, and see it for yourself.”

Samsung’s HMD Odyssey can also be pre-ordered in the US ahead of its release on 6 November for $499. Microsoft notes that you’ll need to have its upcoming Autumn Creators Update installed on your PC in order to use the headset.

Microsoft also on Tuesday announced that it has squired VR social network AltspaceVR, for some effing reason.

“AltspaceVR will stay AltspaceVR. Microsoft is most interested in preserving the current community that uses AltspaceVR to connect and interact with new and old friends,” said the firm.

“These first few months will focus on fostering our community and making sure AltspaceVR remains a friendly, welcoming and vibrant place to hang out in virtual reality.”

This article was originally published by theinquirer.