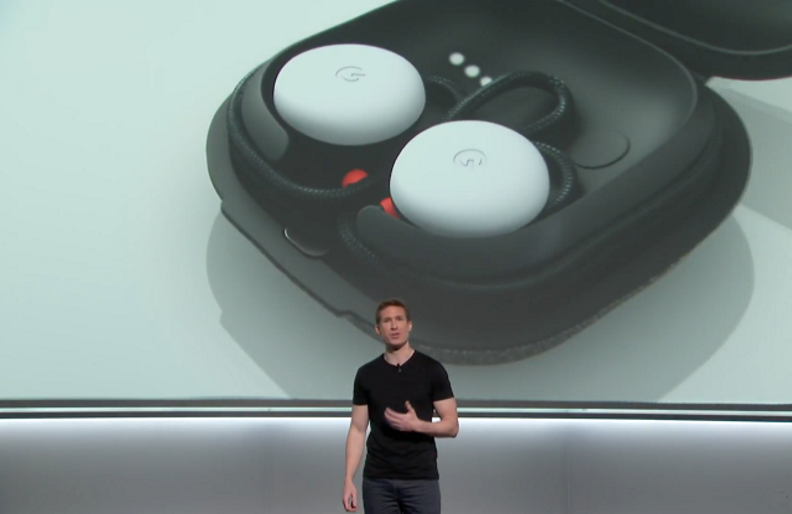 One of the surprises we got today from Google’s hardware event were a pair of bluetooth headphones called Pixel Buds. They’re wired behind the neck but they’re every bit a competitor to Apple’s AirPods.

The onstage demo that blew everyone’s minds was a live language translation feature. A conversation onstage translating from English to Swedish went off without a hitch. The translations followed about 1-2 seconds after the people finished their sentences. The presenters boasted that it was like “having a personal translator by your side.” You’ll need a Pixel 2 to take advantage of this feature unfortunately.

I chatted with a member of the Pixel Buds team following the demonstration and she confirmed that the demo was done entirely over the internet, without downloading the languages directly to the device.

You just have to touch and hold the right earbud and the Pixel Buds take off. You can use touch controls for other things like pausing music and calling up the Assistant. The fun is all for Android users, if you’re rocking an iPhone the Pixel Buds are just a pair of headphones.

The device comes in a rechargeable case that allows for 24 hours total battery time and tuns about 5 hours between charges. It comes in the same colors as the Pixel 2: white, black and blue.