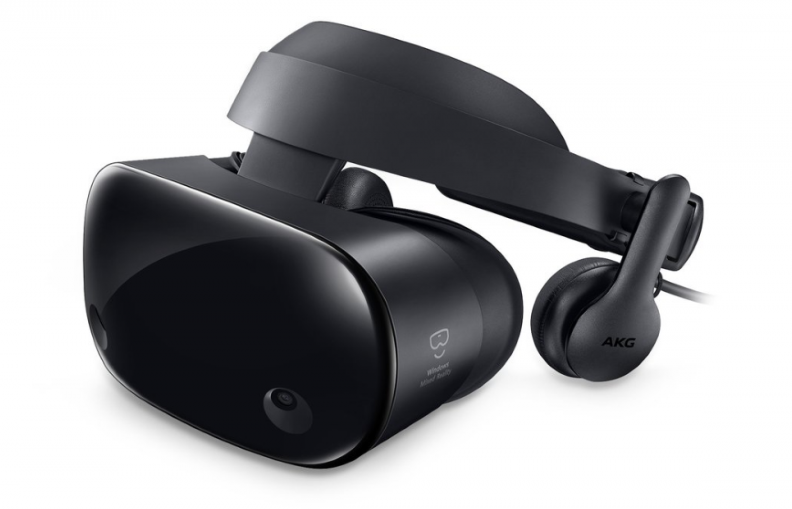 For the past three years Samsung has worked closely with Oculus on its Gear VR mobile headset, but it may have found a new partner for its next VR device: Microsoft.

Twitter user WalkingCat has revealed images of a supposed Windows 10 VR headset made by Samsung itself. It’s worth pointing out that the account says the images should be taken with a grain of salt.

The kit, which bares Microsoft’s Windows Mixed Reality branding, is all-black and features two front-facing sensors which would almost certainly be used for the inside-out positional tracking seen in other Windows VR headsets. It sports a head ring similar to the one seen on PlayStation VR (and, again, other Windows 10 headsets), and the back of the headband carries the Samsung logo. Unlike other kits, though, this device has a pair of AKG headphones built-in. This leads us to wonder if this will be a more premium offering in the Windows VR range, where prices start at around $300 for base headsets and go up to $449 for bundles with controllers.

Speaking of which, the controllers are spotted in another image, suggesting Samsung could offer a bundle here too. Other specifications for the device have not yet been revealed.

We’ve reached out to Microsoft and Samsung to ask after the validity of this leak. If there’s any truth to it then we’d expect an official announcement at Microsoft’s Mixed Reality event on October 3rd. The first wave of Windows VR headsets will be hitting on October 17th, though others are set to arrive in 2018.

Truthfully, we’re not too surprised to see Samsung partnering with Microsoft; the company already paired up with Google to bring the Google Daydream mobile VR ecosystem to its 2017 smartphones, and it’s also working on its own standalone headset too. Throw everything at the wall and something will stick, right?

This article was originally published by Uploadvr.