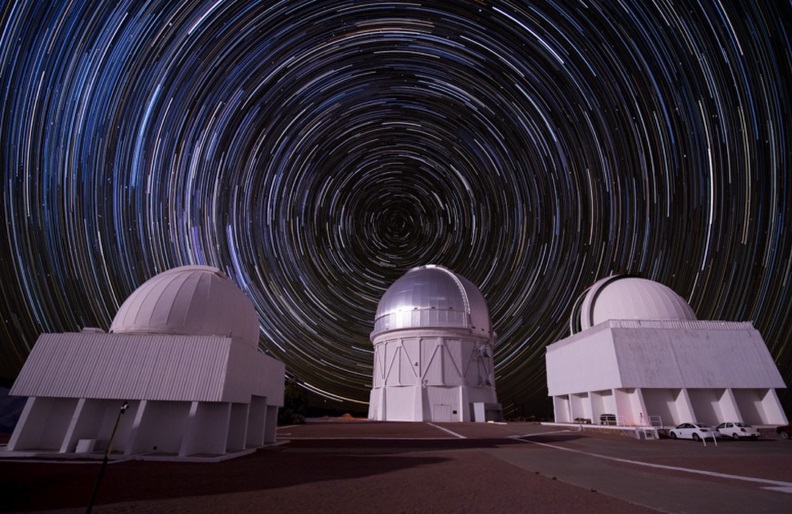 Don Lincoln is a senior scientist at the U.S. Department of Energy’s Fermilab, the country’s largest Large Hadron Collider research institution. He also writes about science for the public, including his recent “The Large Hadron Collider: The Extraordinary Story of the Higgs Boson and Other Things That Will Blow Your Mind” (Johns Hopkins University Press, 2014). You can follow him on Facebook. Lincoln contributed this article to Live Science’s Expert Voices: Op-Ed & Insights.

For as long as we have kept records, humanity has marveled at the night sky. We have looked at the heavens to determine the will of the gods and to wonder about the meaning of it all. The mere 5,000 stars we can see with the unaided eye have been humanity’s companions for millennia.

Modern astronomical facilities have shown us that the universe doesn’t consist of just thousands of stars — it consists of hundreds of billions of stars in our galaxy alone, with trillions of galaxies. Observatories have taught us about the birth and evolution of the universe. And, on Aug. 3, a new facility made its first substantive announcement and added to our understanding of the cosmos. It allows us to see the unseeable, and it showed that the distribution of matter in the universe differed a bit from expectations.

The Dark Energy Survey (DES) is a collaboration of about 400 scientists who have embarked on a five-year mission to study distant galaxies to answer questions about the history of the universe. It uses the Dark Energy Camera (DEC) attached to the Victor M. Blanco 4-meter telescope at the Cerro Tololo Inter-American Observatoryin the Chilean Andes. DEC was assembled in the U.S. at Fermilab near Batavia, Illinois, and is a 570-megapixel camera able to image galaxies so far away that their light is a millionth as bright as the dimmest visible stars.

DES is hunting for dark energy, which is a proposed energy field in the universe that is a repulsive form of gravity. While gravity exerts an irresistible attraction, dark energy pushes the universe to expand at an ever-increasing rate. Its effect was first observed in 1998, and we still have many questions about its nature.

However, by measuring the location and distance of 300 million galaxies in the southern night sky, the survey will be able to make important statements about another astronomical mystery, called dark matter. Dark matter is thought to be five times more prevalent in the universe than ordinary matter. Yet it doesn’t interact with light, radio waves or any form of electromagnetic energy. And it doesn’t appear to congregate to form large bodies like planets and stars.

There is no way to directly see dark matter (hence the name). However, its effects can be seen indirectly by analyzing how fast galaxies rotate. If you calculate the rotational speeds supported by the galaxies’ visible mass, you will discover that they rotate more quickly than they should. By all rights, these galaxies should be torn apart. After decades of research, astronomers have concluded that each galaxy contains dark matter, which generates the additional gravity that holds the galaxies together. [6 Weird Facts About Gravity]

Dark matter in the universe

However, on the much larger scale of the universe, studying individual galaxies is not sufficient. Another approach is needed. For that, astronomers must employ a technique called gravitational lensing.

Gravitational lensing was predicted in 1916 by Albert Einstein and was first observed by Sir Arthur Eddington in 1919. Einstein’s theory of general relativity says that the gravity that we experience is really caused by the curvature of space-time. Since light travels in a straight line through space, if space-time is curved, it will look to an observer as if light were travelling a curved path through space. [8 Ways You Can See Einstein’s Theory of Relativity in Real Life]

This phenomenon can be harnessed to study the amount and distribution of dark matter in the universe. Scientists who peer at a distant galaxy (called the lensing galaxy), which has another galaxy even farther away behind it (called the observed galaxy), can see a distorted image of the observed galaxy. The distortion is related to the mass of the lensing galaxy. Because the mass of the lensing galaxy is a combination of visible matter and dark matter, gravitational lensing allows scientists to directly observe the existence and distribution of dark matter on scales as large as the universe itself. This technique also works when a large cluster of foreground galaxies distorts the images of clusters of even more distant galaxies, which is the technique employed for this measurement.

The DES collaboration recently released an analysis using exactly this technique. The team looked at a sample of 26 million galaxies at four different distances from Earth. The closer galaxies lensed ones that were farther away. By using this technique and looking carefully at the distortion of the images of all of the galaxies, they were able to map out the distribution of invisible dark matter and how it moved and clumped over the past 7 billion years, or half the lifespan of the universe.

As expected, they found that the dark matter of the universe was “lumpy.” However, there was a surprise — it was a little less lumpy than previous measurements had predicted.

One of these contradictory measurements comes from the remnant radio signal from the earliest time after the Big Bang, called the cosmic microwave background (CMB). The CMB contains within it the distribution of energy in the cosmos when it was 380,000 years old. In 1998, the Cosmic Background Explorer (COBE) collaboration announced that the CMB was not perfectly uniform, but rather had hot and cold spots that differed from uniform by 1 part in 100,000. The Wilkinson Microwave Anisotropy Probe (WMAP) and Planck satellites confirmed and refined the COBE measurements.

Over the 7 billion years between when the CMB was emitted and the time period studied by DES, those hotter regions of the universe seeded the formation of structure of the cosmos. Nonuniform energy distribution captured in the CMB, combined with the amplifying force of gravity, caused some spots in the universe to become denser and others less so. The result is the universe we see around us.

So, scientists have used measurements of the CMB at 380,000 years after the Big Bang to calculate what the universe should look like 7 billion years later. When they compared the predictions to the measurements from DES, they found that the DES measurements were a little less lumpy than the predictions.

Is that a big deal? Maybe. The uncertainty, or error, in the two measurements is big enough that it means they don’t disagree in a statistically significant way. What that simply means is that no one can be sure that the two measurements really disagree. It could be that the discrepancies arise by chance from statistical fluctuations in the data or small instrumental effects that were not considered.

Even the study’s authors would suggest caution here. The DES measurements have not yet been peer-reviewed. The papers were submitted for publication and the results were presented at conferences, but firm conclusions should wait until the referee reports come in.

So, what is the future? DES has a five-year mission, of which four years of data have been recorded. The recently announced result uses only the first year’s worth of data. More recent data is still being analyzed. Further, the full data set will cover 5,000 square degrees of the sky, while the recent result only covers 1,500 square degrees and peers only half of the way back in time. Thus, the story is clearly not complete. An analysis of the full data set won’t be expected until perhaps 2020.

Yet, the data taken today already could mean that there is a possible tension in our understanding of the evolution of the universe. And, even if that tension disappears as more data is analyzed, the DES collaboration is continuing to make other measurements. Remember that the letters “DE” in the name stand for dark energy. This group will eventually be able to tell us something about the behavior of dark energy in the past and what we can expect to see in the future. This recent measurement is just the very beginning of what is expected to be a scientifically fascinating time.

This version of the article was originally published on Live Science.