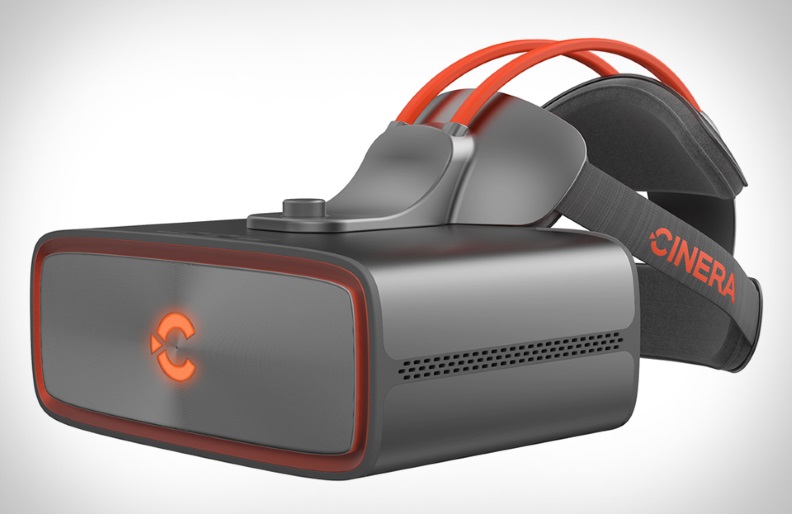 It seems that everyone wants to get in on virtual reality, and gaming seems to be the primary focus with companies like Microsoft and Dell. But Cinera is looking to seriously upgrade your home theater system with its VR headset. People want to watch movies from home and have the theater-like experience while watching their content. Cinera touting itself as the future of home cinema, and it may just accomplish that goal.

The headset is currently raising money on Kickstarter. The company initially pledged a $50,000 goal, but it’s surpassed that, earning more than $250,000 from more than 500 backers. It was only going to be funded if it reached its goal by Monday, September 18, so the good news is that it’s definitely going to happen. But the even better news comes when looking at what Cinera has to offer potential buyers.

Cinera is the world’s first immersive personal cinema — we haven’t really seen a focus on cinema when it comes to virtual reality. The headset itself is about the size of a book, but brings you an IMAX-like experience. An average movie screen gives you an angle of about 54 degrees, while the Cinera screen gives you nearly 66 degrees. For image quality, the headset uses dual 2.5k screen displays. So instead of just one screen, the device employs a screen for each eye, without losing the quality of the image.

It works just like any smart phone, so it should be familiar and easy to use. It allows you to install your favorite apps, like Netflix, YouTube, or Hulu. It has ports for a microSD card, a USB cable, an HDMI cable, and a micro USB. You can connect the headset to a Blu-ray player, a computer, or even your favorite gaming console. This should give you a fully cinematic experience while you enjoy your video games, movies or television shows.

Comfort is also a key factor here. So much so that the minds behind the VR device built a ergonomic hands-free arm, which takes the weight off of the headset. It can be easily adjusted to any position, and you can attach it to any surface. The audio has been upgraded as well, to reflect the acoustics of a movie theater. The headset also has 3D mode that doesn’t require any special glasses.

So if you’re looking for a new and immersive way to watch or play your favorite content, keep an eye out for Cinera.