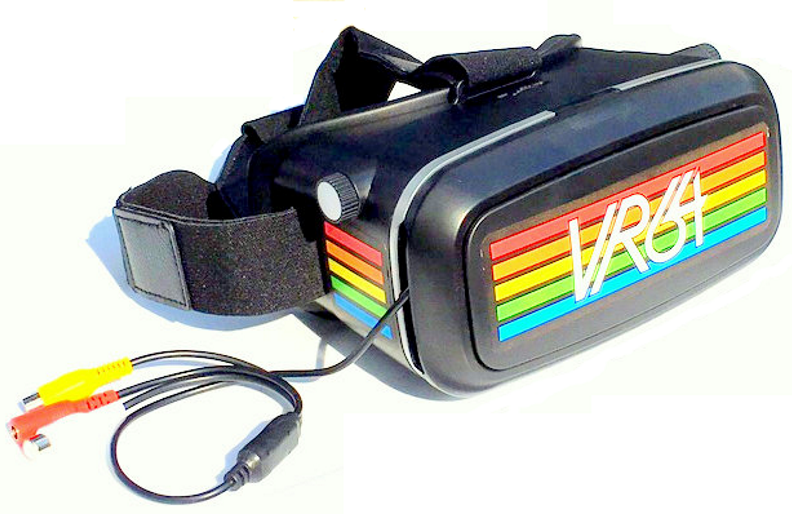 For when you’re tired of the Commodore 64 in two dimensions.

As a shining example of nerdy perseverance and dedication to a truly retro technology, YouTube user 64Jim64 has made a virtual reality headset that is compatible with the Commodore 64. Better than that though, he coded his own compatible game, Street Defender, letting him do some old-school eight-bit gaming on a contemporary VR headset.

Although virtual reality might be most commonly enjoyed on consumer headsets like the HTC Vive and Oculus Rift, there are a lot of different headsets out there now and some give you access to unique game libraries. In the case of the VR64 though, there is just one game and it is exclusive to the only headset in the world that supports it: 64Jim64’s homemade VR64.

64Jim64 has been playing around with homebrew virtual reality for a while now, building a number of prototypes and compatible software with his daughter (detailed on his blog). However, the VR64 is an entirely fresh project of his own, built using a $10 smartphone VR headset frame and an LCD screen with a resolution of 304 x 200 pixels (resulting in 152 x 200 per eye).

As far as custom VR builds go, this is relatively on the cheap side. With a $10 plastic VR goggle, a $26 LCD, and a cheap power transformer, Jim was able to play a game he custom built for the system, Street Defender. He says on his blog:

At first I was also moving the objects away from the center. But images with objects both away and towards the center were hard to focus on. After thinking about how the eyes look at objects close and far, it seems obvious that objects far away approach being straight in front of each eye. When objects are close, each eye sees it as closer to the center. In no case in reality do the objects move further out.

The solution was, he says, to settle the “objects at the same center being the furthest out and only moving them both towards the center, up to 10 pixels each, as the 3D effect.”

It’s the most revolutionary use of VR since playing catch.