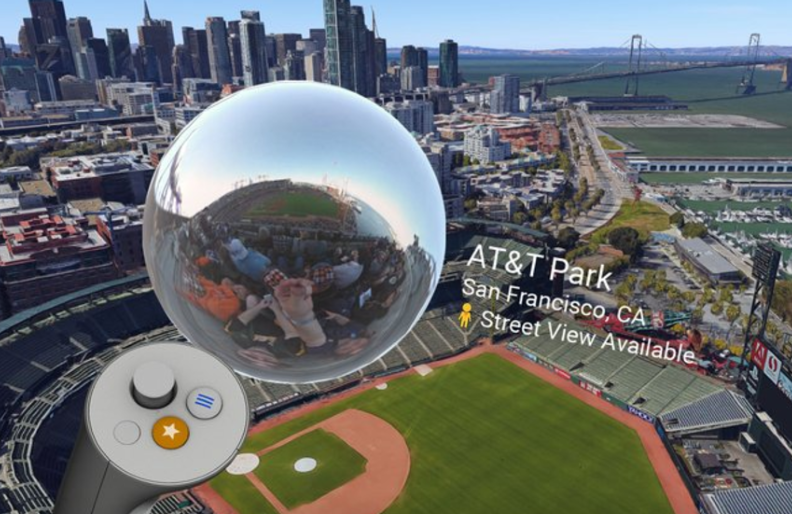 Exploring our fine planet in Google Earth VR can already be a awe-inspiring thing, but today Google is making the experience a little more immersive by adding Street View to the app. Assuming your Earth VR app is up-to-date, you’ll now be able to drop down to street level in a variety of different locations around the world. When you do, you’ll see a 360-degree image of the location, giving you a good idea of what it looks like in real life.

This new functionality allows you to look at street level-photos from an impressive 85 countries around the world. Scoping out Europe for a vacation? Drop down to street view and get a preview of some must-see landmarks before you go. In a post to the Google Blog, the company also suggests checking out the Old Port in Croatia, which serves as the city of King’s Landing in HBO’s Game of Thrones.

When you’re in the app, flying down to street level will prompt your controller to tell you if a Street View image is available. If it is, all you’ll need to do is follow the prompt to view the photo. This new functionality is compatible with the Earth VR apps available for both Oculus Rift and HTC VIVE.

Of course, if you don’t have one of those rather expensive VR headsets, you can still check out Street View in virtual reality. Google also offers a Street View VR app for mobile headsets like Daydream and Google Cardboard, allowing you to get a similar experience on the cheap.

This new Street View functionality should be live in the Rift and VIVE apps today, so update your app to the latest version and give it a spin for yourself. Google Earth VR is certainly one of the coolest VR apps available, and tossing Street View to the mix only serves to make it even better.