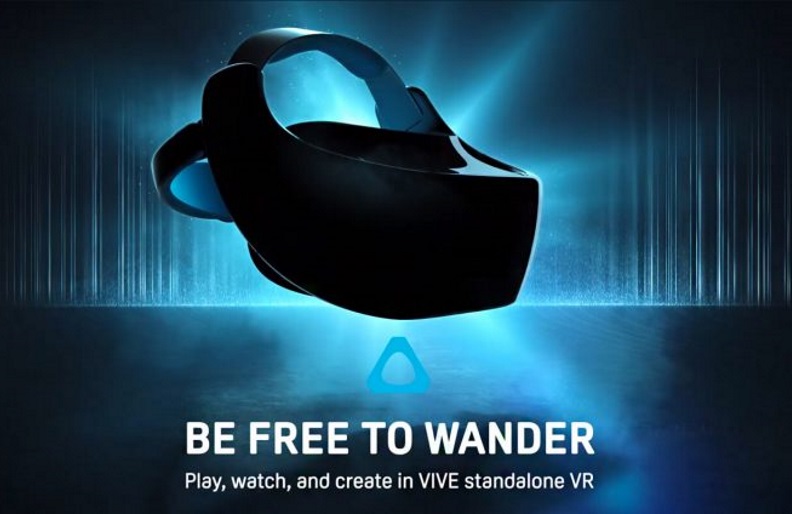 The HTC Vive is regarded as one of the best VR headsets on the market. A lot of competition has been introduced since the HTC Vive originally launched including Sony’s Playstation VR headset but the Vive has still stood up as the favorite virtual reality headset among enthusiasts. Now, it appears HTC is ready to take their headset to the next level with the HTC Vive Focus which has been shown in trademark applications in both Europe and the United States.

LetsGoDigital sent us this information that they have received and it appears to confirm that HTC is getting closer to launching the successor to the original HTC Vive. The trademark filings don’t tell us a lot about the specs in the HTC Vive Focus but it appears, from the product images, that HTC wants to offer a complete, un-tethered virtual reality experience. 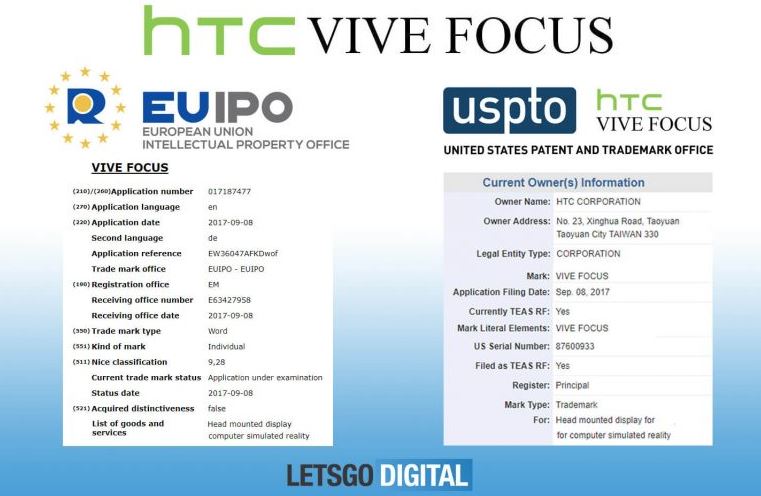 Most virtual reality headsets require some sort of outside input in order for them to operate. This is usually in the form of a PC or game console. Some VR headsets like the Samsung Gear VR use a smartphone to offer a virtual reality experience. The HTC Vive Focus will be a complete VR package that doesn’t require connection to a PC or smartphone to work. This means that there must be some pretty powerful onboard internals and we’re definitely interested in seeing those specs. In order to compete, I would imagine the HTC Vive Focus would need similar power to a PS4. How they manage to fit that into a small headset will be the real story here.

As of right now, there’s no indication as to when HTC plans to launch the HTC Vive Focus. The Vive website simply lists the device as “coming soon.” The good news is that it is definitely coming. This isn’t some application that never ends up seeing the light of day.

A standalone VR headset could be a game changer for a lot of people. For some, having an expensive gaming PC and then also buying a tethered virtual reality headset is an expense they don’t want to take on. For others, the smartphone-powered headsets aren’t exactly what they want in a VR experience. Perhaps HTC can fill the gap between the two with the portability of the smartphone headset and the functionality of the dedicated VR experience.

As more information comes out about the HTC Vive Focus we will be sure to bring to you. Gamers like myself will want to know if this can handle the games we want to play. The price will also be an important consideration, of course. A good VR headset is usually quite expensive which hinders some people from making the jump. Can the HTC Vive Focus please everyone? I guess we will have to wait and see. What do you think about the early information here? Would you consider an HTC Vive Focus headset or do you already have a VR headset that you’re happy with?