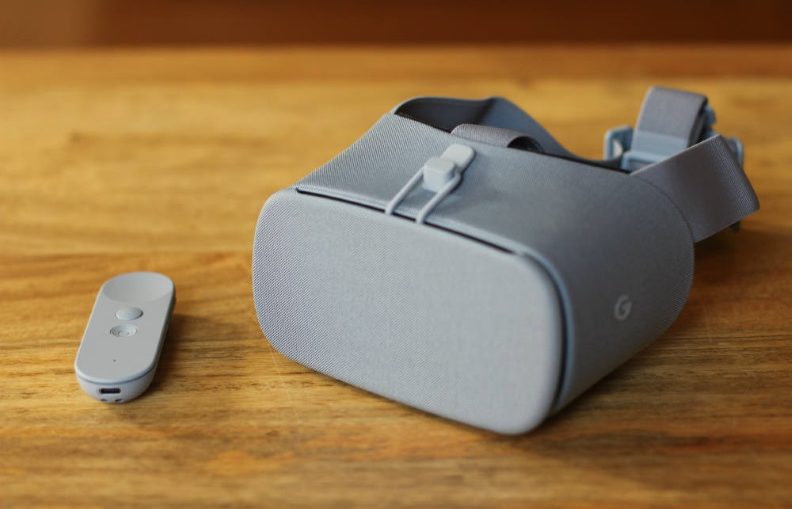 Virtual reality has been “the next big thing” for years now. It’s been more than four years since the first development kit-version of the Oculus Rift was first put on people’s faces. For those first users of the Rift, it was a game-changing moment. All the head-tracking technology that fools the brain into experiencing full immersion in an environment was finally in place to make the sci-fi fantasy a reality.

Since then we’ve gotten impressive headsets from HTC and Sony, as well as the acquisition of Oculus by Facebook. These headsets flesh out the premium, early adopter market, while Samsung launched the entry-level market with mobile virtual reality headsets built for easy access.

One of the most exciting developments in virtual reality has been Google’s entrance into the market with the Daydream platform. Built to be the Android of virtual reality, Daydream is an open-source platform that is meant to give access to third-party developers, hardware manufacturers, and the public at large. This newest version of the Daydream View comes alongside the Pixel 2, Google’s flagship smartphone of 2017. The design of the headset is similar to last year’s model, with a few small iterations to make it better.

The look of the Daydream View is exactly what you need in a virtual reality headset that is trying to not scare people off. After all, the idea of strapping on a set of displays to your face is intimidating enough as is. While other headsets play up the futuristic look, the Daydream View intentionally looks friendly and comfortable—and that really pays off. The headset is made of a cloth fabric that first-timers should feel a bit more comfortable handling it and trying it on.

The Daydream View 2 still has the same clasp system that holds your phone in place—and it still works substantially better than other mobile VR headsets I’ve used. Google even throws in an over-the-top strap to keep the headset from feeling too heavy, which makes it feel that much more stable on your head. Google has made its headset all-around softer and more comfortable, without compromising on getting a tight fit that blocks out light. After some adjustment, most should find a way to get comfortable in the Daydream View, even people who wear glasses.

As for the actual tech here, there’s not much different. Unlike the Daydream standalone headset or PC-driven headsets (like the Oculus Rift), the ability of the Daydream View all depends on the smartphone you strap in. Even though the Daydream 2 is certainly designed with the Pixel 2 and Pixel 2 XL in mind, Google clearly wants it to be compatible with as many devices as possible. So whether you’re using a Galaxy S8 or a LG V30, you’re good to go.

The one big change with the second generation headset is that Google has introduced a motion controller to add an extra level of interactivity. Rather than having to just move your head around to get through menus, the Wiimote-like controller makes moving around the UI much more fluid and natural. The controller connects through Bluetooth and has a circular touchpad at the top of it, all well-placed and textured so that feeling your way around isn’t too difficult. There’s only so much to say about the Daydream View headset without getting into the platform that it’s connected to. As the name implies, Google sees the headset itself as only a “View” into the portal that is the Daydream platform. What we’re talking about here is split into two parts: the interface itself and the applications that Daydream gives you access to.

Everything in the UI of Daydream is delightfully cartoony and warm. The way it introduces you to the interface is through inviting you to explore the environments and getting you to wave your motion controller around like a magic wand. A lot of that charm is lost once you leave Google’s safe bubble and begin to get lost in the world of third party apps.

The interface will nudge you toward familiar apps like Discovery and YouTube VR, but there is plenty here to explore. Whether it’s a Star Wars app, a simple game, or a VR video, most people should find something that catches their interest as they explore. It’s all fun for getting first-timers used to what kind of VR experiences are out there.

However, if you’re searching for something you can really dig into, the marketplace just isn’t all that fleshed out quite yet. In a world with the app selection of the Google Play Store and the iTunes App Store, you may find the amount of VR content for the Daydream a little underwhelming. The truth is that as it stands, those more immersive experiences are more likely to be found on more serious gaming platforms, using a more premium VR headset. To the chagrin of people like Mark Zuckerberg who’ve been impatiently investing every dollar they’ve got in it, it hasn’t quite paid off yet. VR technology has been around for years now, but it’s still really only getting started.

I have a feeling that Google isn’t expecting a lot of people to just go out and pick up a Daydream View. At $99, it’s meant to be the flagship product of a platform that the company is hoping to proliferate through the VR market. I have a suspicion that Google is more interested in using the headset to attract more developers to the platform and to expand the demand for these unique experiences.

Google wants to put the technology in the hands of developers now to ensure that creativity and innovation flow on its platform first before a company like Apple gets in the game. So although the app and game marketplace is somewhat limited, the foundation for the future of VR is what matters. While we are years into having VR technology, we still have a long way to go and Google continues to be a serious player in that conversation.

Like all new technology, it takes time and a unique set of circumstances for the masses to adopt it into their daily lives. The newest Daydream View isn’t going to change that in any substantial way, but it’s another step down the right path.

This article was originally published by PASTE.

One thought on “Daydream View virtual reality for the masses”