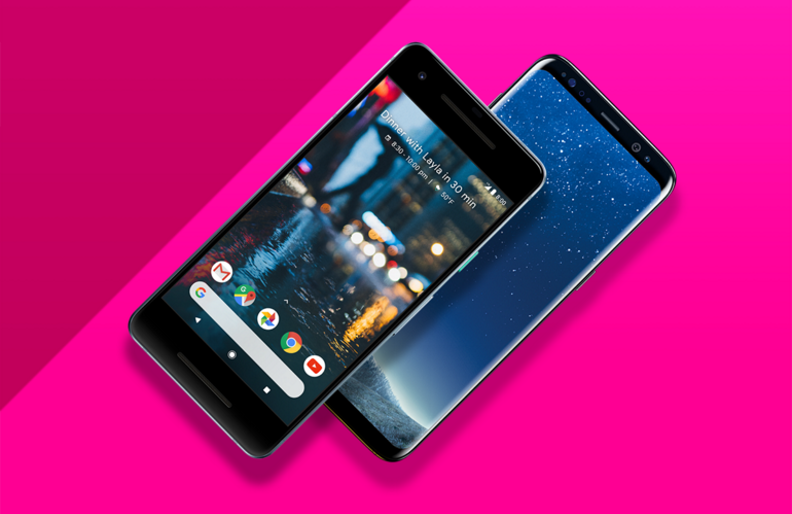 Samsung’s Galaxy S8 has been our favourite smartphone in the world since its release this past spring, successfully fending off attacks from the compelling OnePlus 5, Apple iPhone 8 Plus, and HTC U11.

But what about the Google Pixel 2? Last year’s Pixel debut was mostly strong, particularly its brilliant camera, but the overall package underwhelmed a bit for its high price when compared to other top-tier options.

And the Pixel 2… well, the standard-sized Pixel 2 looks a lot like the original version, but it packs in some tweaks and enhancements. Is it enough to usurp the flagship king? Here’s a look at how this comparison stacks up, now that we’ve properly reviewed the Pixel 2.

Design: The bezels are back

Google’s larger Pixel 2 XL offers a refined look that’s built to battle against the Galaxy S8, iPhone X, LG G6, and other screen-dominant phones… but the standard Pixel 2 isn’t like that.

In fact, it’s a lot like last year’s phone at a glance: very iPhone-esque with a lot of bezel around the screen. Somehow, it looks like there’s even more bezel here than last year, although that might just be our shifted perceptions after seeing other new flagships chip away at all of that empty space. On the plus side, you do get some very nice stereo speakers on the front.

The back looks a lot nicer than before, with the two-tone effect refined to an impressive degree, plus there’s a textured coating on the bottom that helps you grip the phone and adds a premium flourish. Overall, though, it’s a pretty safe and familiar upgrade.

Compare that to the Galaxy S8, still the most stylish handset on the market today. The front home button has been banished in favour of a nearly all-screen front, as the Infinity Display covers 85% of the curved face. You get a little bezel on the top and bottom, but it really fades away when you’re staring at that huge, beautiful screen. This one’s all Samsung.

This category is another easy win for Samsung.

Google has seemingly stuck with what was pretty good the last time around: a bright and colourful 5in AMOLED panel, albeit at just 1080p resolution. It adds the benefit of always-on capabilities this time around, and overall, it’s a very solid display.

But Samsung has the best of the bunch here. The Galaxy S8 has the loveliest smartphone screen we’ve ever used, with its extra-tall 5.8in AMOLED display running at an ultra-crisp Quad HD resolution and featuring incredible contrast, stark blacks, and even mobile HDR for supported content.

It’s a beauty. The Pixel 2’s screen is fine, and better than some (like the Apple iPhone 8 and Huawei P10) – but the Galaxy S8 just takes things to a whole ‘nother level.

When we put photos from the world’s best smartphone cameras up to a blind vote this summer, our dear readers picked the Google Pixel XL as the top shooter of the bunch. And then we picked it second behind the HTC U11 in our own analysis.

Anyway, the key takeway here: the Pixel XL beat the Galaxy S8 in both contests. And unsurprisingly, the Pixel 2 widens the gap even further.

The Galaxy S8 has a great camera, too – but in our own vote, the Pixel XL came out ahead in categories such as landscape shots, HDR shooting, and low-light shots with flash enabled. Samsung won on selfies and macro shots, at least, and the 12-megapixel back camera is an excellent everyday shooter. But the last Pixel just took slightly better images on a consistent basis across the spectrum.

The Pixel 2 takes several shots with each shutter snap and stitches them together with Google’s clearly brilliant algorithms, turning out one final, oft-incredible shot (the Galaxy S8 does something similar, too). You’ll get a 12.2MP snapper here with optical and electronic image stabilisation, plus both phase-detect and laser-assisted autofocus, as well as auto HDR.

And the results? Well, alongside the Pixel 2 XL, we’re calling it the best smartphone camera in the world. It’s that impressive. You’ll get incredibly detailed photos, surprisingly crisp portrait-style shots (despite the single back sensor), rich colours, and consistently lifelike results – better than we’ve seen on any other handset.

So yes, it takes this category. But the Galaxy S8’s camera is pretty good too. Just not Pixel 2-quality.

The Galaxy S8 uses Samsung’s own Exynos 8895 system-on-a-chip in many places in the world, including the UK, while in others it uses the Qualcomm Snapdragon 835; both are super-fast processors.

And the Pixel 2? Yeah, it’s the Snapdragon 835. There were rumours that Google had snagged the first appearance of an upgraded version, the so-called Snapdragon 836, but nope. This is the same chip we’ve seen in phones for half a year now.

Which isn’t a problem at all, really. Whether you rock the newest Exynos or Snapdragon, you’re getting the speediest Android processors around, and both phones have the same 4GB RAM assist alongside.

The Galaxy S8 runs Android 7.0 Nougat with Samsung’s own increasingly lighter skin atop, while the Pixel 2 will come with near-stock Android 8.0 Oreo with just some light visual tweaks to the interface. Both stock and newer is better, says conventional wisdom, but Samsung’s latest Android skin is pretty great. And Oreo will come soon enough.

Ultimately, both can handle any task with ease, whether it’s playing games, running numerous apps, browing the web, running VR experiences, and plenty more. Neither will disappoint.

Battery and perks: Samsung’s got ’em

Here’s another thing Google might’ve nicked from Apple: actually decreasing the size of the battery with the new model. Yes, as with recent iPhones, the Pixel 2 actually has a marginally smaller cell inside: 2,700mAh instead of 2,770mAh in the last one. Will you notice it? Doubtful. Are we still annoyed about it? Yeah, a bit.

It’s also a little bit smaller than the 3,000mAh cell in the Galaxy S8. However, Samsung’s phone has a larger, higher-resolution screen to power, so we suspect it’ll all be a wash. The Galaxy S8 is a strong, all-day performer, and so too was the original Pixel.

Ultimately, we felt a bit more confident with the Galaxy S8 battery in tow, since we’d often end the day with a solid 30% or so still left. The Pixel 2 was a bit closer to empty with comparable usage, but there’s no vast difference here, and both offer fast charging for speedy top-ops. But only the Galaxy S8 offers wireless charging, which the Pixel 2 still lacks.

As for storage, this is where Samsung takes the advantage. It has 64GB of internal storage while the Pixel 2 offers 64GB and 128GB options, but the Galaxy S8 also has a microSD slot for expandable storage. And the Pixel 2? Still nothing like that. It’s a shame, really.

When it comes to extraneous perks, both offer VR experiences: Samsung’s Gear VR against Google’s Daydream. Right now, Samsung’s is the better pick: the hardware is more impressive and there’s much more interesting software, but Daydream could ultimately win out in the long run thanks to wider handset support. But again, right now it’s all about Gear VR.

Samsung also has the DeX Station, which lets you use your Galaxy S8 as the brain of a desktop computer by plugging in a monitor, mouse, and keyboard. The idea is better than the execution, admittedly, but it’s another thing that some folks might benefit from.

On the other hand, the Pixel 2 has the Active Edge sensors, which let you squeeze the phone to access the Google Assistant. Like Apple’s 3D Touch, that’s a feature that seems handy, but probably isn’t going to be a deal-maker (or breaker) for the vast majority of prospective buyers.

Verdict: Not entirely even

Apple sort of killed some of the buzz around the iPhone 8 and iPhone 8 Plus by announcing the iPhone X at the same time, and surprisingly, Google has done much the same with the Pixel 2 and Pixel 2 XL – because the larger phone offers such a significant improvement over both the common Pixel 2 model and its own predecessor.

The Pixel 2, on the other hand, doesn’t seem to add much besides the requisite annual upgrades, which isn’t enough to take down the industry’s giants right now. It certainly isn’t enough to topple the Galaxy S8, which is still our pick for the best phone today. The Pixel 2 XL slotted in right behind it at #2, but the standard Pixel 2? It’s near the bottom of our list.

Samsung easily takes the design and screen categories, while the Pixel 2 takes the nod on the main camera. Power is a wash, while Samsung wins on perks, as it so often does. Really, the camera is the biggest selling point for Google, but even so, the Galaxy S8’s stellar camera will be more than enough for the average buyer.

And the Pixel 2 isn’t cheap. At £629, it’s £60 less than the list price for the Galaxy S8 – but six months after release, you can find Samsung’s phone for less than £530 now. About 100 quid less and it’s much more stylish, premium, and impressive overall? Yeah, we’d suggest getting the Galaxy S8.

The standard Pixel 2 is a pretty good flagship in a field populated by better premium options (ahem, the Galaxy S8) and cheaper similar offerings (like the OnePlus 5). The Pixel 2 XL is much, much more impressive, at least, but much like Apple, Google’s “basic” flagship underwhelms compared to its strongest competition.