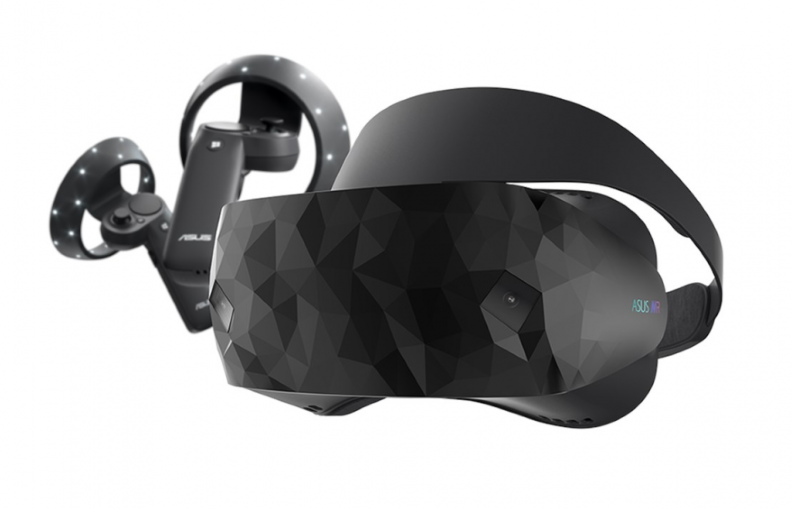 We’ve now seen Acer, Dell, HP and Lenovo’s Windows-based VR headsets, and today we’ve finally got our look at the last one expected to launch this year, made by Asus.

The Asus headset was detailed at the company’s IFA press event today. By now you should pretty much know the deal; it’s got two 1440 x 1440 displays with a 90Hz refresh rate and a 95 degree field of view (FOV), just like the other devices. It also sports the same inside-out tracking solution and comes with a four-meter cable.

The real differentiator seems to be the design. The headset’s polygonal finish is quite stylish, setting itself apart from other Windows headsets with ease. You can flip the visor up like other devices can, and the entire thing weighs 400g. Asus says it balanced the device to make it fit comfortably on your head and has made the headband out of quick-drying materials to combat the VR sweats.

As for pricing, Asus stated that the kit will retail for 449 euro, though from the sounds of it that may be with a pair of Windows VR motion controllers bundled in. We’ve reached out to the company to confirm that’s the case and get the official US price but that’s essentially in line with Dell’s offering and the specs don’t seem too different.

Earlier this week Microsoft confirmed that these headsets will support SteamVR titles in the future, while native games coming to the Windows Store include the likes of Halo and Arizona Sunshine.

Now that we’ve seen all of the Windows VR headsets, which one do you plan to pick up?

This article was originally published by UploadVR.