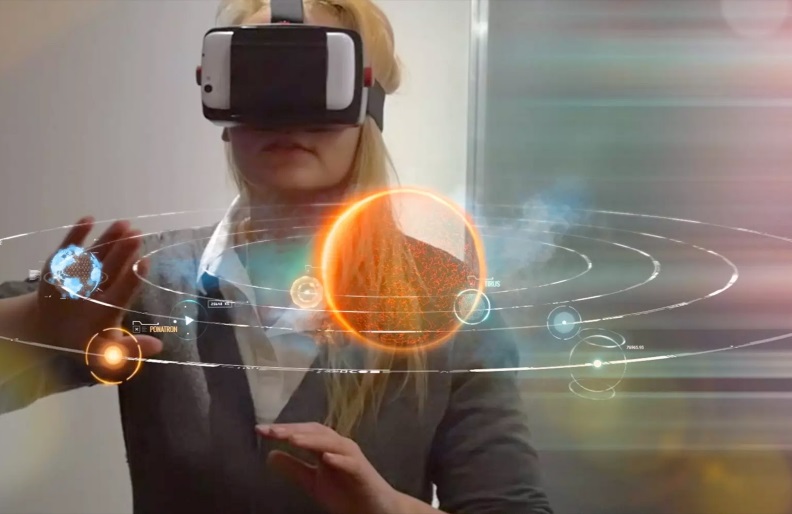 You’ve probably heard all the bold predictions for the AR, VR & MR space, how big it’s going to be and how many AR/VR headsets are going to be sold by 2021 (it’s a lot by the way).

But why future gaze when what we saw in 2017, with many of the major tech giants joining the AR party (Google, Shazam, Facebook, Apple, and more recently Amazon), was as big an indicator as any that AR is has now truly reached the mainstream.

In 2018, augmented reality, and indeed mixed reality are going to have their biggest year yet.

Augmented Reality, the tech that takes your experience of the world around you and adds simulated, or virtual content saw immense growth and adoption in 2017. Total spending on AR/VR products reached record highs ($11.4 billion) which is set to soar to $215 billion in 2021 emphasising the rate at which the industry in gathering speed.

And although there was a lot of talk around headsets and wearables the major announcements were about the software and tools used within the space.

From Snapchat Lens Studio to Apple ARKit, ARCore and the recent announcement from Amazon with the introduction of Sumerian, 2017 was a year of unprecedented change, adoption and investment in the tech. Last year was also rife with releases of innovative AR apps and games, showcasing the talents of the creative community. 2017 was ultimately the year AR reached the mainstream.

2017 also saw an increase in the number of multinationals implementing AR campaigns and trying to understand how they can best integrate the tech into their business from both an enterprise and consumer perspective.

From Pepsi using Snapcodes on their bottles over the summer, to Honda’s get well card, 2017 was the year where brands started to take AR seriously as an engagement, marketing and sales tool.

Here at Zappar we too were lucky enough to work on a range of new projects with existing partners as well as developing AR experiences for lots of new clients. We saw some big brands find compelling use cases for AR, including Bombay Sapphire, Kate Spade New York, and big sports teams like the San Francisco 49ers and Minnesota Vikings.

Retail and the consumer goods space remain some of the best use cases for AR and we’ve seen tremendous success within these verticals.

And let’s not forget about AR’s cousin, mixed reality.

The MR space saw impressive announcements too, with the likes of Microsoft, Meta and the hotly anticipated release of Magic Leap One.

We too are keen to test and push the boundaries of mixed reality with our affordable MR development kit, ZapBox. We launched a number of mixed reality campaigns in 2017, exploring areas as diverse as data visualisation with Kindred Future and experiential marketing with Unibet for a Supercars event in Australia.

From a business perspective, MR completely changes the way brand owners approach the customer experience. From awareness to advocacy and retention, mixed reality enables brands to create immersive, interactive and integrated experiences that transform the way they communicate and engage with consumers.

But what about 2018? What new additions will we see this year, and what trends should you be looking out for?

If 2017 was the year AR reached the mainstream then 2018 will be the year of mass market adoption and strategy implementation by agencies and brand owners. We will no longer talk about AR or MR in a standalone way but focus on the benefits of the products and solutions it powers.

2018 will be the continuation of an era that will bring some of the most impressive and far reaching digital advancements we as humans have ever seen. Through AR and MR not only will businesses be able to revolutionise the way they communicate and tell their story, but transform the way we experience and transcend the physical and digital worlds.

Looking ahead, let’s dive a bit deeper into some of these trends.

Tech giants will increase their investment in AR

With all the major players in attendance at the AR party in 2017, 2018 will see these same companies bolster their AR offerings. Developments in hardware and software will continue to align to make the ability to create, publish and share content for AR more scalable.

Personalisation and targeted content will be a consistent trend in 2018, and not just in the AR and MR space.

Brands will look to create more timely and relevant experiences with AR. From the NBA’s Sacramento Kings to fashion brand Kate Spade testing this in 2017, we’ll see an increase in brands utilising this approach in 2018.

Expect music, sports and entertainment verticals to deliver much more visually appealing, contextually relevant AR experiences within the next year, as brand owners and agencies finesse their own creative capabilities and realise how important AR is as an engagement and monetisation channel for content.

One of the biggest trends in 2018 for business owners from a media and marketing perspective will be a shift from Paid and Earned to Owned Media. In 2017 we saw a major uptake in brands using AR to activate and transform their Owned Media. This (especially packaging) may just be their most powerful and untapped communication channel yet.

Connected and smart packaging will allow brands to use their existing real estate and directly link it with their end user. That holds tremendous potential for brands who want to establish new ways of engaging with audiences as well as better understand their customers through granular analytics and new touch points.

This could be hugely disruptive to the overall media landscape.

Creative agencies will start to own AR content creation and strategy

It goes without saying that with AR tech requiring content developers to make worthwhile and meaningful experiences for brands through storytelling in mobile micro-moments, there’s huge potential for creative agencies to capitalise on.

In 2018 we will see creative agencies starting to own the AR strategy, from content development and creation to execution, applying their combined creative and storytelling abilities to the tech. Alongside this, we’ll see the growth of the publishing and content authoring platforms used to support the creation of immersive, engaging, bite-size content.

In line with these trends, we will continue on our mission of democratising AR and MR and making it accessible and affordable to everyone

This means supporting the next generation of creative content developers define and write the rules of this newly created canvas in spatial computing.

We’ll be doing this by providing and expanding our existing products and tools to make them easier to use, more robust and truly expressive for our users to create the most immersive and impressive short-form AR experiences out there.

This article was originally published by ITProPortal.