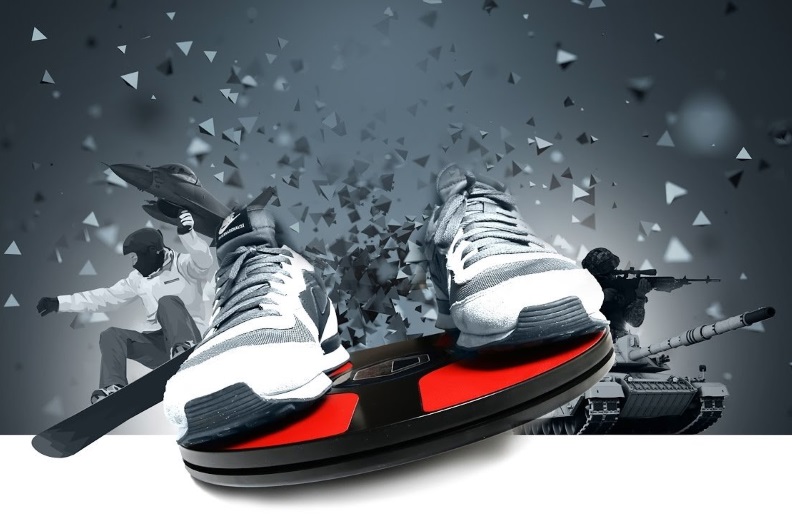 It’s no secret that movement in virtual reality is something that is still being figured out. Developers have tried full movement, teleportation, on-rails, and more to make navigating their games as intuitive and comfortable as possible, to varying degrees of success. However, hardware is beginning to emerge that aims to make moving around in virtual worlds more tactile.

One such example is 3dRudder, a small accessory that is currently available for PC virtual reality fans, and is compatible with all the major headsets on that platform. From a seated position, you place your feet atop the device and “walk” by tilting forwards. You can move on four axes, and it frees up your hands to focus on other actions.

In an interview with VRFocus, 3dRudder’s Executive Vice President Christophe Dissaux had this to say regarding the peripheral’s future.

For the future, we are working with the console manufacturers, and we will announce later this year 3dRudder for consoles.

Since the 3dRudder technology is adapted and designed for VR videogames it comes as no surprise that PlayStation is one of the platforms, since they already have the successful PlayStation VR head-mounted display (HMD), but the Xbox mention is a surprise, as we haven’t heard any confirmation for VR HMDs coming to Xbox. It is possible, of course, that this could simply be a version of 3dRudder intended for use in a more traditional gaming scenario, though the rumours we heard about Windows Mixed Reality support last year make us hopeful. He also gives a vague idea of when we might expect to see 3dRudder for PlayStation VR hit stores. “Nothing is confirmed yet, but it will hopefully be available by Q3.”

It’s certainly an interesting proposition for PSVR users. While nothing is set in stone just yet, 3dRudder seems pretty confident that their product will see compatibility with Sony’s headset introduced later this year. Would you make use of such a device? Immerse yourself in the comments below.