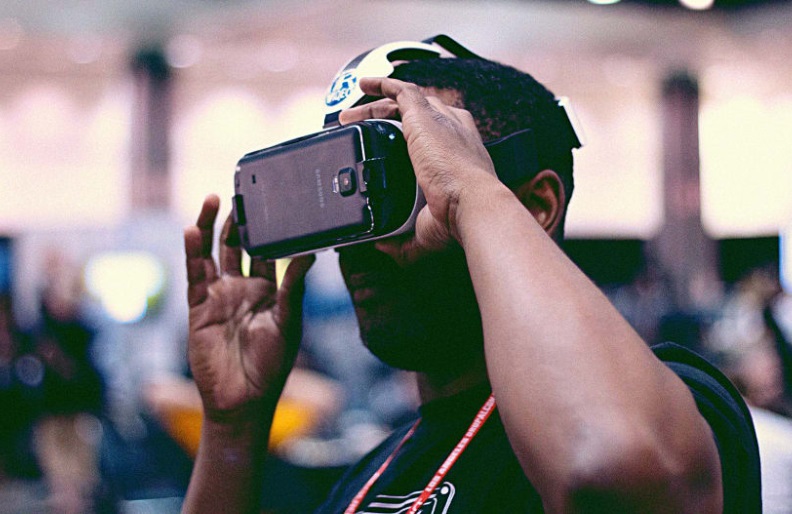 In the two years since consumer virtual reality hardware first hit store shelves, it has struggled to catch on. There are numerous reasons, but one is that all current VR systems work only when connected to an external computing device—a gaming-quality PC, smartphone, or game console.

In 2018, that dynamic will change with the release of several standalone VR systems. Get ready for VR 2.0–an evolution that could help the technology fulfill some analysts’ predictions of it becoming a $38 billion industry by 2026.

Although the concept of virtual reality has been around for decades, and Google kickstarted the modern consumer VR era with the launch of the Cardboard in mid-2014, the onslaught really began in November 2015, with the release of Samsung’s Gear VR, a device that required a late-model Samsung phone.

A year later, the industry had grown substantially with the 2016 launches of the high-end Oculus Rift and HTC Vive, each of which is tethered to a PC, and the mid-range Sony PlayStation VR, which connects to a PlayStation 4. Google’s Daydream View, which also launched in 2016, works with the company’s own Pixel phone.

In every case, the hardware requires the external computing power because the demands of VR were too much to be onboard. There simply was no way to produce the kind of output VR requires with affordable built-in computing.

But computing systems of all sorts inexorably get smaller, cheaper, and more efficient. And VR is no different. Only a handful of standalone VR systems will arrive this year, but they could add up to the biggest step forward so far in the emergence of VR as a mainstream consumer technology. Here’s a look at what’s coming in 2018 and beyond. 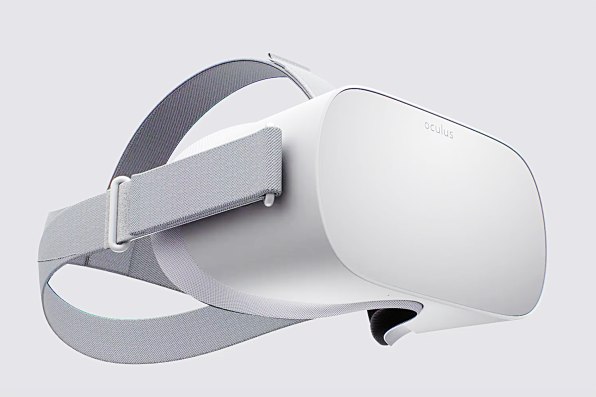 Announced at Oculus Connect, the Facebook-owned company’s developers conference in October, the Oculus Go is due to be released early in 2018. The device will be compatible with content originally created for Samsung’s Gear VR platform. It’s expected to cost $199, which is reasonable, given that the Gear VR runs $130 and must connect to a high-end Samsung phone costing hundreds of dollars more.

And while the Go won’t offer positional tracking–meaning that although you’ll have a 360-degree view, you’ll always be in the center of what you see–the device is likely a nice starter VR device for those who have been holding out because they didn’t have the right phone. For example, iPhone users.

Oculus is also working on a second standalone VR device, code-named Santa Cruz, that does offer positional tracking. With that system, users can move around in 3D in virtual environments. The device also has six-degrees-of-freedom (6DOF), meaning it recognizes your hands–opening up a far wider range of applications.

The company first showed off a rudimentary version of Santa Cruz at Oculus Connect in 2016. That was little more than a Rift with a jumble of computing components strapped to the back. At 2017’s show, it revealed a much more streamlined version of the system featuring a slick, sleek industrial design and no visible components. The experience was very much like that of the Rift, including the clever use of handheld controllers—but without the cumbersome wires sticking out the back and connecting to a nearby PC.

At Connect, Facebook CEO Mark Zuckerberg promised that developers would be getting their hands on Santa Cruz in 2018. That likely means consumers won’t get the device until 2019 at a still unknown price. Still, getting it into the hands of developers will be a major step toward final release. 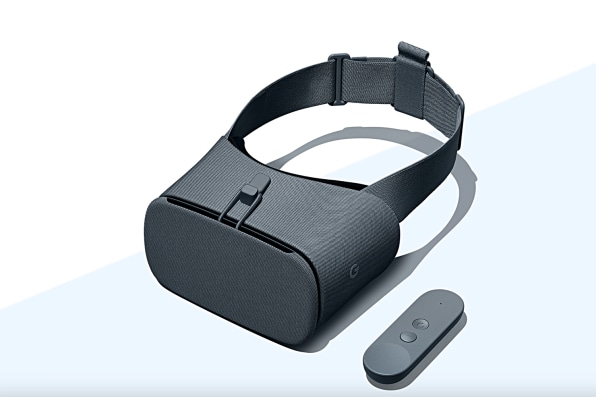 Last May at Google’s I/O developers’ conference, the company excited VR enthusiasts by announcing standalone versions of its Daydream VR platform. Meant to be built in conjunction with HTC and Lenovo, the future devices were said to offer positional tracking and 6DOF via what Google calls its WorldSense system. Essentially, they looked like a standalone version of Vive–in essence a high-end system, just with no wires, much like Santa Cruz. 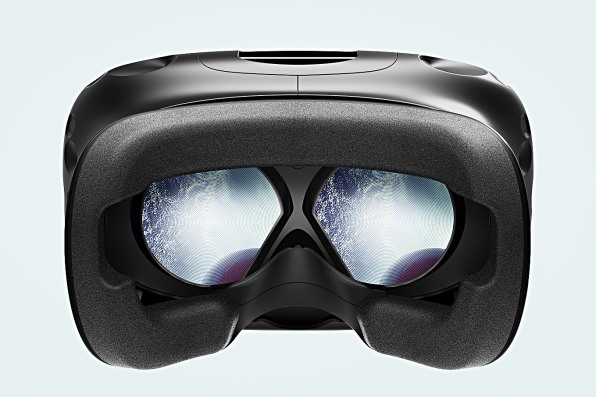 Despite the canceling of plans for a standalone Daydream headset, HTC is still in the market for an untethered device. The Taiwanese company said last month it will be putting its standalone energies into what it calls the Vive Focus, which is expected to be available only in China.

Dozens of developers are already building content for the Vive Focus, which could very well be the first standalone, 6DOF, VR headset on the market. However, it’s unclear when it will see the light of day, or what it will cost. It’s also unknown if there will eventually be versions available in North America or Europe.

Taken together, these four systems represent the first wave of the second full consumer VR generation, and additional standalone devices are sure to come along soon. They should bring prices down and boost visuals and performance.

There are still myriad challenges VR must overcome in order to become a true mainstream consumer technology, such as getting more content, lowering prices even further, and upgrading the quality of the gear. But standalone hardware is a big step forward, and those who use it will almost certainly be happy when they do.

This article was originally published by FAST COMPANY.