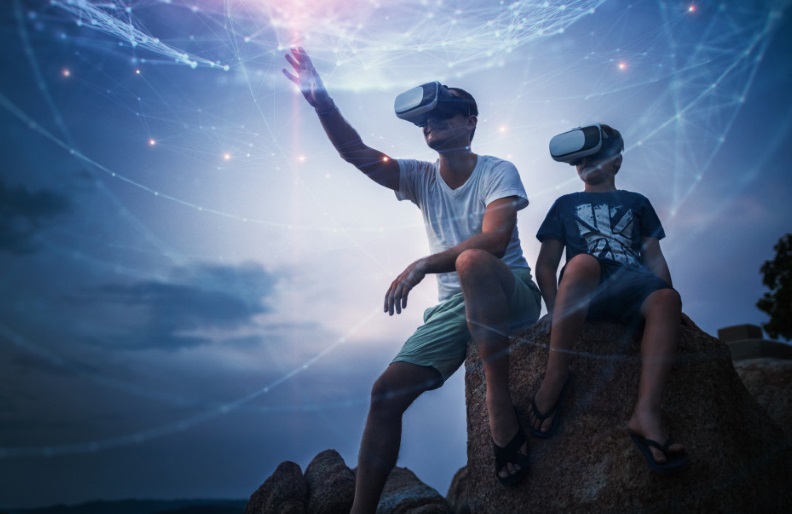 By almost any measure, virtual reality has been a disappointment on a consumer level so far. Between Facebook,  Oculus, HTC  Vive, and Sony Playstation VR, there are fewer than 5 million headsets in the market worldwide, and many consumers still don’t know what virtual reality is.

That could change in 2018 as virtual reality devices become cheaper and more accessible to the masses. Wireless technology, in particular, will be a big focus this year. Here’s are just a few of the key advancements in making VR wireless that we know are coming in 2018.

Wireless VR for the masses

High-end virtual reality headsets today require a powerful PC and a tethered headset. But that’s slowly beginning to change. HTC has led the stand-alone VR move with Vive Focus, a headset with its own processor, operating system, and even controller. It’s only available in China, for now, and comes with a still lofty price of $604.49, according to UploadVR.

We don’t know when the Vive Focus will make its way to the U.S., but we do know Facebook’s Oculus is planning to launch a headset called Go early in 2018. The headset will be a lot like a Samsung Gear experience, except instead of attaching your phone to a headset, the screen will be built-in. Like the Vive Focus, the Oculus Go will come with a small controller and a custom operating system that should make it very easy to use. And its $199 price will be very attractive to the consumer market.

Not only are the lower-end virtual reality headsets going wireless; so are the high-end devices.

HTC’s recently announced Vive Pro package will bring increased resolution and an upgraded sound system. But the bigger development could be a wireless adapter that will eliminate cords for the high-end VR experience. The adapter will be welcome news for those who own a Vive but expect wireless to be a built-in feature for Vive 2.0, whenever that’s released.

Oculus expects to take a big leap forward when its headset called Santa Cruz is released, reportedly sometime in 2018. The high-end headset will have advanced tracking like the Rift or Vive but will be completely wireless. Even controllers in a user’s hand will be tracked from within the headset rather than use outside sensors.

Going wireless in high-end virtual reality will be truly revolutionary and may ease the burden of cumbersome cords that weigh down VR today.

Can the leader keep up?

But there’s not a lot of word from Sony about a next-generation device and, given the Playstation platform, it may be tough for the company to take its virtual reality plans completely wireless.

I think given the public announcements and new products coming in 2018, the future of virtual reality looks to be wireless — and it looks like Facebook’s Oculus and HTC are the two horses with a chance to win this tech race.

This article was originally published by The Motley Fool.