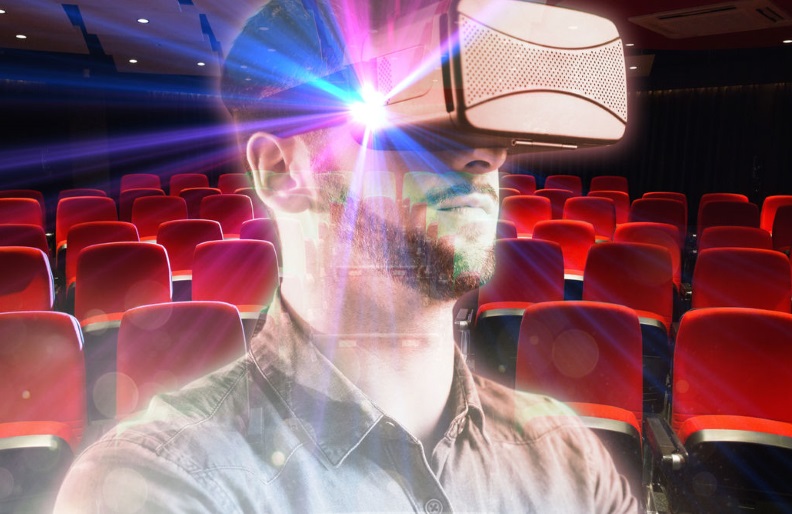 When the legends of opera were composing their works, it is unlikely they ever envisaged a time when intricate sets made by man’s hand would be replaced with virtual reality. But that is just what the Wales National Opera is doing this summer. The company has created two virtual reality accompaniments letting those who are new to opera step inside the performance.

The “Magic Butterfly” pop-up installation features two short experiences based on songs from Madame Butterfly and the Magic Flute. The viewer is able to direct and orchestrate the characters, immersing themselves in the music and environment.

This is just a taster of the potential that VR has for stage productions, but it is also a sign of things to come. These days, theatre is less about sets built to mimic different places on stage, but more about representation. Boundaries are constantly being pushed beyond the structural confines of the boards. And for a discipline that is constantly in search of new spaces, virtual reality offers nearly unlimited potential.

Since the 1990s, theatre has been experimenting with virtual reality, and inviting the audience to play an active role in immersive, site-specific performances. Brenda Laurel’s Placeholder in 1993 was one of the first to use VR through head-mounted displays. Three-dimensional graphics, character animation and integrated sounds and voices allowed two participants to explore the simulated Canadian Rockies with a local mythology narrative.

Since then, VR has been used in increasingly creative ways. Char Davies’s Osmose in 1995 added interactivity to the installation, experimenting with real-time motion tracking based on breathing and balance, together with interactive 3D sound.

In Sharir and Gromala’s 1994 production, a dancer who entered the virtual environment interacted not only with other dancers present in the cyberspace, but also with a digital puppet capable of mimicking movements as well as dancing alone.

When virtual reality is used interactively it opens up whole new worlds to be explored. The traditional relationship between space-actor-spectator becomes a space-spectactor relationship. The audience is no longer in a passive role. Dramatic action is substituted by a real action, and how it plays out is shaped by the spectators.

I personally have used the Second Life metaverse – a free 3D virtual world where one can build avatars, buildings and objects – to create performance spaces for both teaching and professional theatre.

While I was teaching scenography at University of Rome La Sapienza, I took the virtual platform one step further. It was used not just to build sets and performances, but to create an audience of guests’ avatars. People from all over the world could virtually attend and interact with the performance using their avatars.

In addition, my students built their sets in this new virtual learning environment under my supervision, interacting with my avatar in real time during all the process.

This virtual reality-based theatre allowed us to design limitless environments and sets. Virtual avatar-actors could interact with the scenery and with others during the performance in real time. They could use the space in any way they wished: walking, running or even flying around it.

We later furthered this work with the performance “@nts”, a multi-dimensional theatre performance inspired by Philip K. Dick’s The Electric Ant. This was staged at the same time in parallel universes: the real world of a real theatre space and the cyberspace of Second Life. 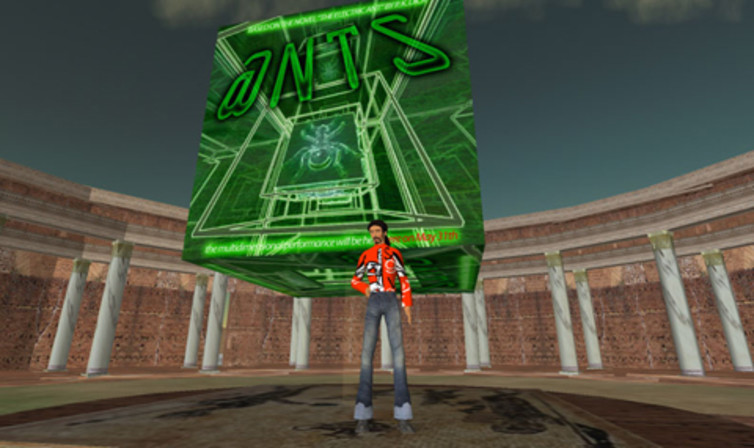 For this show, avatars performed live in the virtual set on Second Life to an audience of avatars while, at the same time, real actors performed live in a theatre space with a real audience. The theatre space was captured by video cameras and projected onto the virtual Second Life set while at the same time this virtual set was projected on the real set. This connection created an unusual spatio-temporal link between the two spaces, their audiences and performers.

As technology continues to develop – especially as new platforms such as Facebook Spaces are made available – the possibilities and potential for virtual theatre performances will only continue to grow. It’s only a matter of time before we start using VR headsets for things like watching Netflix movies, or 360 videos on social media. It will mean that anyone with a VR headset would have access to performances that might otherwise be out of reach.

The world is experiencing a “personal theatre” revolution where video games, film, music and stage performances are blending together. What has been a theatre performance for hundreds of years is changing. It is no longer just focused on the here and now, but the here, now and everywhere.

This article was originally published by The Conversation.