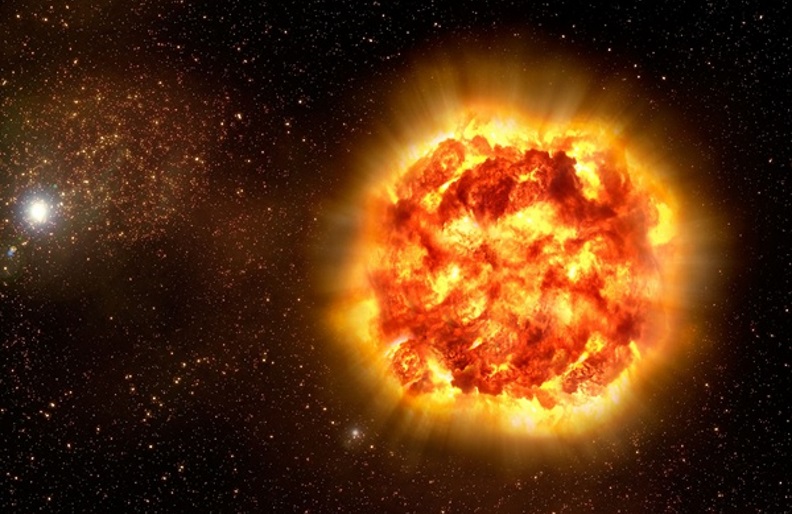 Fast followup allowed astronomers to see the cause of the explosion.

Type Ia supernovae are one of the most important tools in an astronomer’s toolkit. These bright but brief events are one of just a few reliable “standard candles” that allow us to measure not only vast distances accurately, but also determine the expansion rate of the universe. However, because they’re both brief and unpredictable, it’s been difficult to catch a supernova in the earliest stages of occurring — until now. This March, an astronomer at the University of Arizona managed to spot a supernova just a day old, and extensive follow-up observations are now telling us more about the event that caused it.

The supernova, called SN 2017cbv, was discovered by David Sand, an assistant professor at the University of Arizona, as part of the “Distance Less Than 40 Megaparsecs” or DLT40 survey. (One megaparsec is about 3 million light-years, so 40 megaparsecs covers a distance out to 120 million light-years.) SN 2017cbv went off in NGC 5643, a galaxy 55 million light-years away, making it one of the closest recently discovered supernova events. And because, as Sand says in a press release, it “was one of the earliest catches ever — within a day, perhaps even hours, of its explosion,” astronomers were able to immediately turn the telescopes in a global network toward the event, recording information as the event unfolded that’s never been seen before. The work will soon be published in the Astrophysical Journal Letters.

That information came in the form of a small “bump,” or short rise and fall in the supernova’s light curve, which measures the brightness of the event over time. Typically, supernovae get very bright very quickly, then fade over the following weeks. The small bump in SN 2017cbv’s light curve, which occurred within the first few days of observation, would have been missed if the supernova had been discovered later. And that bump is telling — it’s the signal that, Sand says, likely comes from the explosion slamming into a nearby companion star.

n the case of SN 2017cbv, “the bump in the light curve could be caused by material from the exploding white dwarf as it slams into the companion star,” says Sand. “We think what happened here was likely scenario number two.”

Based on the data, Sand’s group estimates that companion star is about 20 times the radius of the Sun. As the white dwarf stole material from the companion’s atmosphere, it grew massive enough to surpass the 1.4-solar-mass limit and exploded. When the shock wave hit the companion, it caused the material in the shock wave to glow in ultraviolet light, leading to the observed bump in the light curve. This shock, the astronomers say, would not have occurred if the supernova resulted from two white dwarfs spiraling together and colliding.

“We’ve been looking for this effect —a supernova crashing into its companion star — since it was predicted in 2010,” says Griffin Hosseinzadeh, a Ph.D. student studying at the University of California, Santa Barbara, and also the leader of the study.

However, the observed effect doesn’t rule out the other theory behind type Ia supernovae. In fact, both processes likely occur, but it’s unclear which is more common. Using tools like the Las Cumbres Observatory’s 18-telescope network, which observed SN 2017cbv continuously from the moment it was discovered, can help astronomers view supernovae events more quickly and in greater detail to get the data necessary to differentiate between the two scenarios and their frequency in the future.

This article was originally published by Astronomy News.