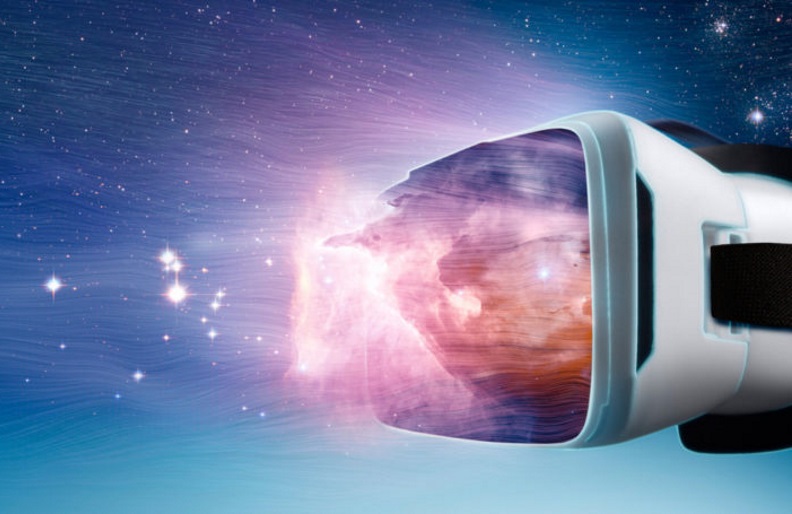 Virtual reality apps can immerse you in incredible 360-degree visuals. You don’t need to splash hundreds of pounds on headsets such as the Oculus Rift or HTC Vive, you can enjoy a great VR experience using your smartphone and some brilliant apps.

While early VR experiences were limited to advanced headsets, now there are a range of options for turning your smartphone into an immersive device.

To use VR on your smartphone you can pick up a budget headset such as Google’s Daydream View, the Samsung Gear VR, or even the simple Google Cardboard. There are also plenty of budget virtual reality headsets that work well with iPhones, such as the Homido V2.

There are plenty of VR apps available on Google’s Play store and iTunes, some which are dedicated to the medium and some, like YouTube, that have additional VR capabilities and work with headsets.

Google also has a dedicated app store for its Daydream VR headset, which works with Android phones including Google Pixel and Huawei Mate 9 Pro. It will soon be available for the Samsung Galaxy S8. Apps for Samsung Gear VR are available on the Oculus Store.

How to use VR apps

You will need a headset to use VR apps on your smartphone. Examples of the best headsets include:

The best apps for Google Cardboard

Starting with the basics, the Google Cardboard app is designed to accustom users to all the exciting features they can get out of VR on their phone. With the Cardboard app, explore 3D environments, famous places or fly through the Arctic.

Shoot through space in this flight simulator made for Cardboard. In End Space, you steer a space ship simply by tilting your head as you pilot the vessel through increasingly intense battles. Fly through unlimited gameplay as dogfights become progressively harder. You can also upgrade your ship and weapons to fight for even longer.

Google’s culture app has been designed to immerse you in arts and culture. The tech giant has worked with more than 1,200 museums to offer a host of virtual tours and exhibitions of art.

The app can be used with Google’s Cardboard or other VR headsets. It lets you explore galleries around the world, or visit famous landmarks through your headset.

This app brings you immersive content from documentaries to fantasy. The app works with partners including Apple, the New York Times, NBC and Vice, as well as bands such as U2, Muse and One Republic to offer a range of experiences from concerts to music videos.

Within is adding new content such as the VR fantasy adventures Asteroids! and Giant.

The best apps for Google Daydream

YouTube has embraced VR with simple uses in the Google Cardboard and immersive experiences on the Daydream and Gear 2. The YouTube app offers 360-degree videos that simply require you to tap the cardboard icon to experience them in VR.

But for a more immersive experience, the YouTube VR app is exclusive to Google’s VR platforms, so there is no app for the Samsung Gear VR or iPhones. Instead, Google’s Daydream offers a more in-depth version of the app. Rather than just allowing you to watch videos in VR, you can control the whole app in a new way.

This VR game for Google’s Daydream explores the relationships between the virtual world and humans. With a feel of the original Portal game, all is not what it seems in this darkly comic and visually stunning outing for the Daydream.

Facebook has turned to Samsung for its VR application. Facebook 360 allows users to explore 360 degree videos and photos from around the network. The app allows you to react to immersive photos, like and share them, as well as discovering videos and VR content from media companies and individual creators.

Gunjack, a flight simulator based on the popular EVE online gaming franchise, is a simple, pick up and play shooter for the Samsung Gear VR. Fly through waves of enemy spacecraft determined to destroy you and your allies in this arcade-style shooter.

Minecraft has taken the world by storm, but now users can get even closer to the block-building phenomenon with this VR simulator. Players can explore and build a new world and play through multiple modes such as survival. Battle with mods and get even closer to the action with the app’s 3D audio. Like the full game, you can play with friends in an online co-op mode.

We can’t wait to ???? the @HoustonRockets next season!???? Relive their game vs the @SacramentoKings from the ’17 season in @NBA League Pass #VR! pic.twitter.com/dS0EgZyxpX

Live events in VR are just getting started, but Next VR aims to be at the front of live broadcasts. Next VR allows users to watch live sports, music and more in VR, often with unique camera angles and behind the scenes footage. The app currently has exclusive deals for basketball, boxing and several live music events.

This article was originally published by Telegraph. Read the original article.