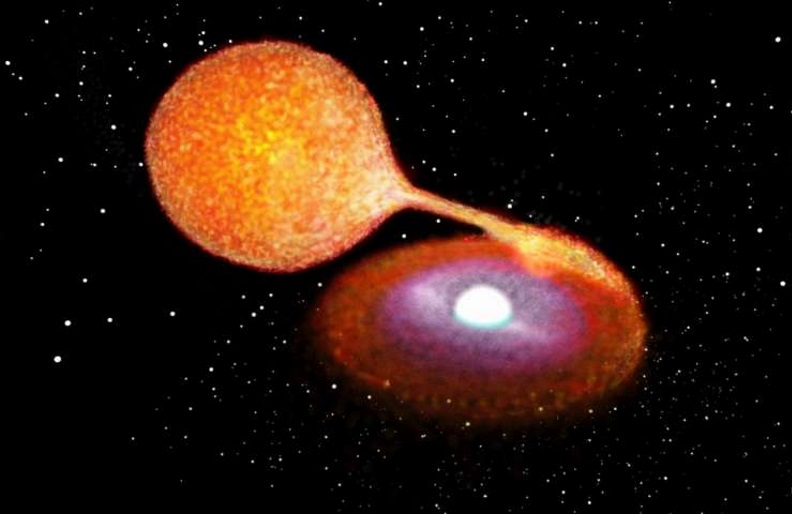 Share2
Tweet
Share
Pin
Share
2 Shares
An international team of space scientists has found evidence of what they believe is a remnant of a type Iax supernova—a white dwarf moving in a way that suggests it was blown across part of the universe by the power of a thermonuclear explosion. In their paper published in the journal Science, the team describes their study of the star and why they believe it is the remains of an Iax supernova.

Most space scientists agree that supernovae occur when a white dwarf pulls a certain amount of the outer layer from a nearby star until it reaches a tipping point—when that happens, a thermonuclear explosion occurs, obliterating the white dwarf—at least, most of the time. This so-called normal type of supernova is classified as Ia. But some theories suggest that the explosion is sometimes not strong enough to completely obliterate the white dwarf—some of it is left behind and pushed through space at a very high speed due to the energy of the explosion. Such supernovae are labeled Iax, but until now, none had ever actually been observed. In this new effort, the research team describes a white dwarf that appears to have all the makings of a supernova Iax remnant.

The star, called LP 40-365, was actually first spotted back in 2013—it drew attention because it was traveling so fast. The researchers found that the star was spinning faster than expected and that it had a mixed composition, which suggested that it very likely once had a companion star.

The researchers also note that in most cases, stars that move faster than normal are doing so because they were flung across their galaxy after traveling too close to its center. But the trajectory of LP 40-365 showed that it had not approached the center of its galaxy.

The team suggests the evidence indicates that the white dwarf is most likely the remnant of a supernova—one that occurred between 5 and 50 million years ago. The team and likely others will continue to study the star to add further proof to their assumption. They believe it will help in better understanding what happens prior to a supernova, regardless of type.

This article was originally published by PHYS.