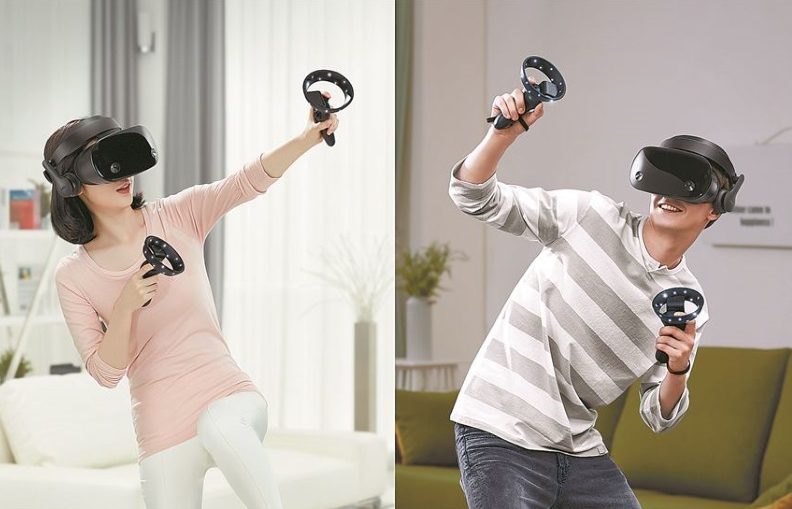 Apple is working on a standalone wireless headset capable of both augmented reality (AR) and virtual reality (VR), using Apple’s very own chips — so no need to plug into a traditional PC or phone.

Well, it looks like Samsung may have a similar idea brewing in its labs: Samsung is expanding its strategic alliance with Microsoft as the Korean technology heavyweight is working on a powerful cordless headset that supports both augmented reality (AR) and virtual reality (VR) given the company’s intense focus over the past year on pushing “mixed reality” (MR) in its premium Galaxy line of devices. one that would also use Samsung’s own processors and OLED screens.

Samsung has a near-monopoly on phone and headset-size OLED panels — even Apple uses the screens in its premium iPhone X.

That would be slightly unusual, considering all of the first-gen Windows Mixed reality headsets, including the Samsung Odyssey, were wired devices you’d have to plug into a laptop or a powerful gaming PC. Still, a wireless headset might be aligned with Microsoft’s goal. After all, Microsoft’s original HoloLens was a totally cordless headset that merged AR and VR, and the Windows Mixed Reality platform was an offshoot of that vision.

“The increased VR-installed base will attract more game and application developers to develop more programs for VR, which in turn will help hardware sales and create a virtuous cycle. The Microsoft MR could significantly improve that,” it said in a report to clients.

Apple headset is slated for 2020, a couple years out. According to The Korea Times, Samsung plans to display its new offerings at an upcoming IFA technology fair to be held in Berlin in late August.

In 2016, the company said a Star Trek-like holodeck was its eventual goal.