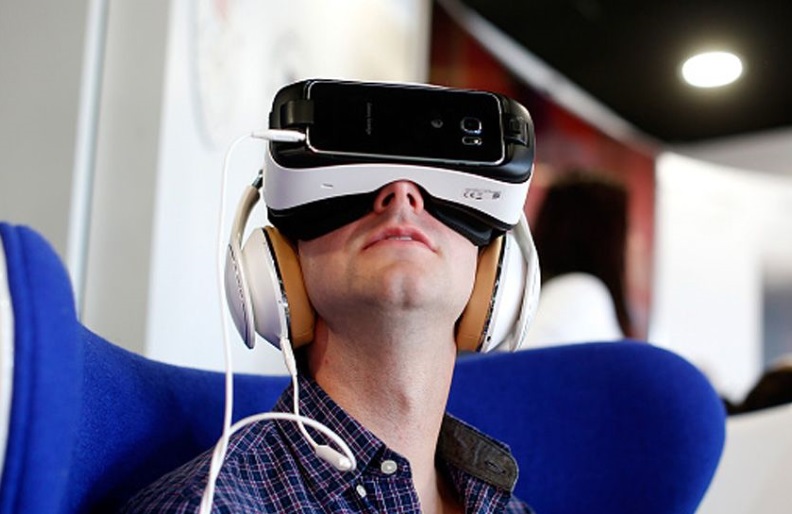 There is a lot to be excited about when it comes to Samsung’s upcoming Galaxy Note 8, which will be announced next week. The phone, according to most sources, will have a 6.3-inch Super AMOLED display, dual rear-facing cameras, 6GB of RAM, and a Qualcomm Snapdragon 835 processor. The screen will also allegedly be the first 4K screen Samsung has ever put on a smartphone.

On the surface level, a smartphone doesn’t need a 4K screen; it’s overkill and takes up unnecessary battery life. But since the Galaxy Note 8 is made to use as a screen on Samsung’s Gear VR virtual reality headset, the Korean company could be breaking new ground. In fact, according to UploadVR, Samsung will release a new VR headset next week as they announce the new Galaxy Note 8.

“Mobile industry leakster Evan Blass this week revealed what appears to be an early look at the Samsung Gear Fit2 Pro wearable fitness device. In his report, Blass states that the device will be revealed at the company’s Unpacked event next week, as will a new version of its mobile VR headset.”

Blass hasn’t stated what new features the Gear VR headset will bring. The previous Gear VR, released along with the Galaxy S8 in April, actually brought a hand controller into the mix. TechRadar gave the device four stars.

“For VR newcomers, the new Gear VR with controller is one of the best options on the market and one of the most affordable, at that. If you own the latest Samsung phone, or one released two years ago, this headset/controller combo is the best option available,” said critic Cameron Faulkner.

The article added that the Gear VR is still only a small evolution with a few minor changes and improvements sprinkled into the mix. The review pointed out how Samsung has come a long way since the first Gear VR was released at the end of 2014 and was just referred to as a “Developer’s Edition.” The headset was bulky and relied on the user to touch a controller pad on the right to navigate through the menus. Many people who used the headset complained that the lenses fogged up too easily. Samsung did add a fan to the device in the next release, but that didn’t change things. The latest version of the Gear VR has air vents that, for the most part, take care of the fog.

The biggest problem with the Gear VR has been that due to the limited resolution of Samsung’s screens, the viewers see a “screen-door” effect in their virtual reality world. It’s not as awful as the effect produced when the first beta version of the Oculus Rift was released in 2014, but it still reduces the feeling of immersion. Many people believe that the Note 8’s rumored 4K screen will finally push the virtual reality experience into the mainstream.

This article was originally published by INQUISITR.