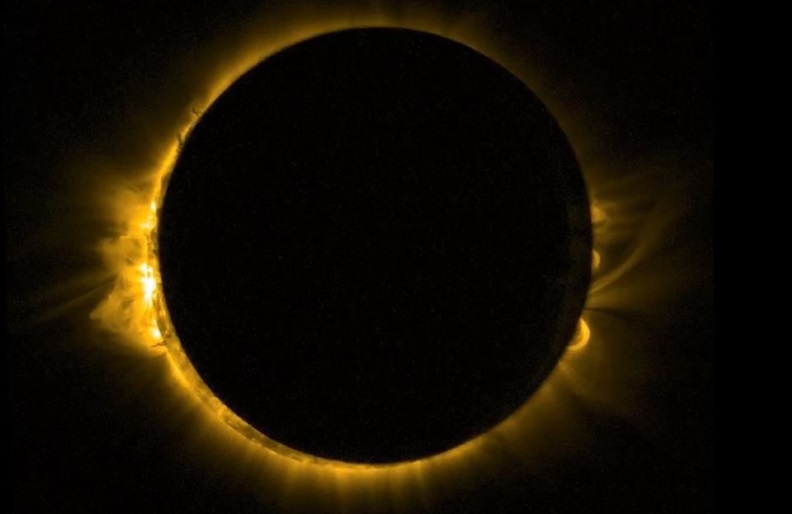 Don’t live near the path of totality? No problem! You can livestream the big event.

If you will be outside the path of totality, stuck inside at work, or under overcast skies for Monday’s total solar eclipse, it doesn’t mean you need to miss the celestial show. There will be plenty of ways to livestream the eclipse online. Here are some of the best options:

NASA TV will have a livestream across the path of totality, from Oregon to South Carolina. You’ll see views from 11 spacecraft, at least three NASA aircraft and more than 50 high-altitude balloons, and hear from the astronauts aboard the International Space Station. On the ground, you’ll get live reports from Salem, Oregon; Idaho Falls, Idaho; Beatrice, Nebraska; Jefferson City, Missouri; Carbondale, Illinois; Hopkinsville, Kentucky; Clarksville, Tennessee; and Charleston, South Carolina. You can tune into NASA TV’s “Eclipse Across America” livestream here as well as on Facebook Live, YouTube, Periscope, Twitch TV and Ustream. Live coverage begins 12 p.m. ET.

Read more: A guide to the Total Solar Eclipse on August 21

The Weather Channel has partnered with Twitter to livestream the eclipse at eclipse2017.twitter.com . Coverage begins at 12 p.m. ET and will include live reports from 10 spots along the path of totality, from coast to coast including Hopkinsville, Kentucky, which is near where totality will last the longest and where strange things might happen.

The USA Today Network is teaming up with Instagram for a livestream. You’ll have to jump around USA Today’s various outlets to follow the action. Here’s the schedule:

CNN is throwing 4K, 360-degree cameras at the eclipse. Its “Eclipse of the Century” livestream begins at 1 p.m. ET on CNN.com/eclipse. You will also be able to watch a Facebook Live 360 video on CNN’s Facebook page. Better yet, use the eclipse-glasses shortage as an excuse to finally buy a VR headset; you’ll be able watch CNN’s 360-degree livestream on the Samsung Gear VR and Oculus Rift.

Many livestreams of the eclipse will be available on a variety of YouTube pages, including ABC News, Discovery’s Science Channel, Exploratorium, PBS NewsHour, Telemundo, Univision and the Washington Post.

If you want to experience the total solar eclipse IRL, you’ll need a pair of eclipse glasses (and not fakes) or a DIY pinhole projector. If you will be mobile on August 21, then here are the best apps for watching the eclipse.

This article was originally published by CNET.