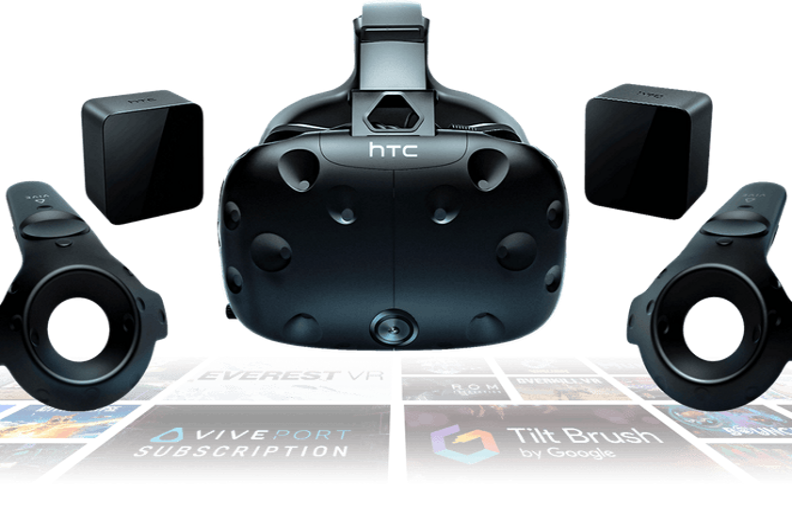 HTC is one of the biggest names in virtual reality, thanks mainly to their excellent HTC Vive headset. The HTC Vive has remained a favorite among enthusiasts for quite a while and even experienced steady price dropping since its release. As some may know, the Vive was produced in collaboration with Valve, the company behind Steam. As a part of Steam’s annual Halloween sale, HTC is pitching into the action by offering a free copy of Star Trek: Bridge Crew for those who purchase a Vive through its Steam page. But it doesn’t stop there: that wouldn’t be enough to justify its own article.

In addition to bundling a free game with the Vive for people who purchase the headset from now until November 11th, HTC is debuting two brand new VR titles. The first of these titles is TrueScale, a VR application for floor planning and interior designing. This includes basic floor planning, as well as the addition of furniture, paint jobs and more. On top of it all, users of TrueScale can use VR to walk around inside of their own creations! Watch the embedded video below to see the application in action for yourself.

In addition to TrueScale, HTC is also releasing Driftwood. Driftwood allows people to visit and interact a richly-detailed environment in VR. This includes collecting items, painting and even inviting friends to play and explore along with you! Driftwood is a SteamVR home environment, so you’ll need Steam and SteamVR to access it.

Head to Viveport to access TrueScale. Driftwood is already available on SteamVR Home at the time of writing.

So, in total, that’s one free game for the Steam Halloween title and two new immersive experiences for the Vive. HTC doesn’t seem to be pulling their punches at all this Halloween- do you have any interest in their new applications?