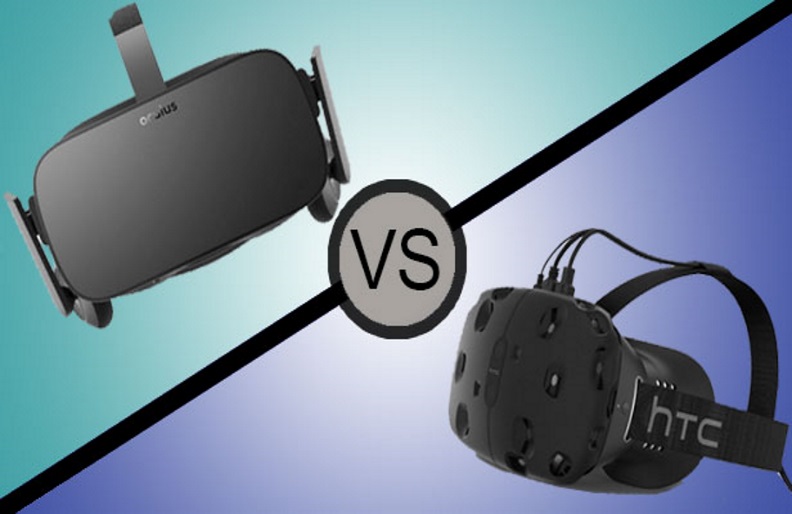 The age of virtual reality is upon us, and there’s no doubt about that. When the VR era will go down in history books one hundred years from now, 2017 will certainly be marked as the year of its flourishing, the year when virtual reality came to a major turning point. It seems that the big tech companies of the world have finally managed to find an appropriate formula to put VR technology into effect successfully, which is amazing.

Virtual reality offers amazing opportunities for regular people. Thus, with the right VR headset (and possible accessories), you can explore the world without leaving your chair. You can be totally immersed in a brand new world, fictional or real, and you can even feel the feelings you’d feel if you were there for real (quite the tongue twister, we know). For this reason, today we will analyze the two most widely used and talked about VR headsets of 2017 (and not only): the HTC Vive and the Oculus Rift.

The HTC Vive virtual reality handset was born from the minds of two of the most notable tech companies of today’s world, namely notorious smartphone magnate HTC and Valve, the tech giant behind Steam, the world’s most famous platform for PC gaming. Due to this bright and innovative partnership, a very well thought out product emerged: the Steam VR platform that could be accessed through HTC Vive.

Oculus Rift on the other hand was more of a passion project at first. It started out as an ordinary Kickstarter project that had high hopes for the future, and this managed to attract the right amount of attention and thus funding started to come in. Now Oculus Rift is the most popular name that we associate at any given time with the concept of virtual reality, and it even has support from major companies such as Facebook.

When we talk about VR handsets and their design, how cool they look is always important, but not as much as another aspect: comfort. A good virtual reality device needs to be designed in such a way as to make it easy to carry around on your head, and it also needs to be soft and padded in some way so that it doesn’t bother you. The Oculus Rift certainly wins this battle, because it’s far more lightweight, and its padding is also better.

The HTC Vive on the other hand is bulkier and heftier overall, so it can get tiresome to wear after a while. Of course, the discomfort is not immediate. You’d have to use the Vive for hours on end before you felt the fatigue. But still, it’s a minus when compared to the Oculus Rift, which is light as air in contrast.

As far as hardware goes, both the Oculus Rift and the HTC Vive are backed up by the same parts more or less. There is only so much technology that is available for virtual reality simulation on the tech market right now, so it’s not surprising that they both use it. The difference comes in when you consider how they use it. And that can all be observed from the various links, allegiances and partnerships that each company has.

But both the Oculus Rift and the HTC Vive offer a seamless and immersive virtual reality experience, so at the end of the day the differences between them cater more to individual sensibilities than hard, cold facts. Therefore, if you ask us which one to get, we’ll tell you to choose what makes you happy. That’s always good advice, right?

This article was originally published by News4c.