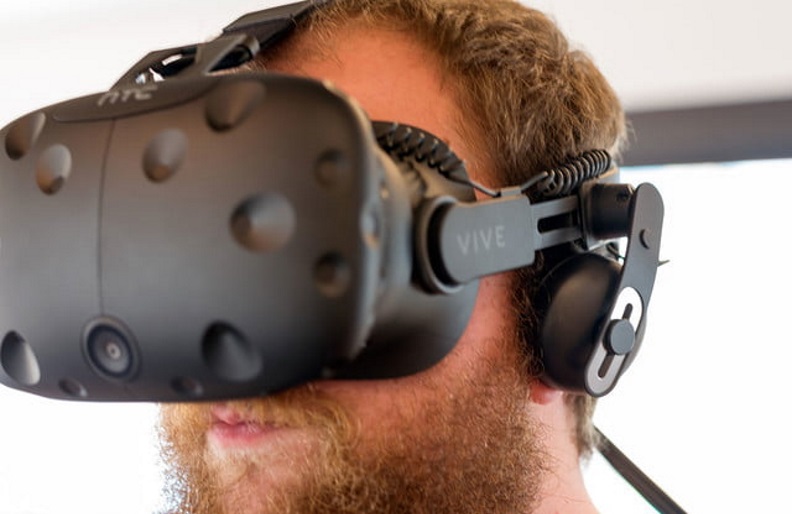 HTC has announced a permanent $200 price drop for its Vive virtual reality headset, bringing its cost down to $600. This development arrives just as Oculus’ Summer of Rift promotion is coming to a close, putting the devices in serious competition. The Rift with Touch will rise back to $500 — in a slimmer bundle that discards some extras — after its promotion ends.

All Vive purchases come with a free trial for the Viveport subscription service, which allows users to sample up to five games every month. The headset is also bundled with some free software — the ever-popular Tilt Brush by Google, Everest VR, and Richie’s Plank Experience.

“Our goal at Vive has always been to offer the best and most advanced VR system and drive mass market adoption for VR across the globe,” said Cher Wang, HTC’s chairwoman. “We’re continuing to deliver on that commitment with this new price for Vive, making VR more accessible to a broader audience, and driving the entire VR industry forward.”

“It has been coming for a long time,” Rikard Stieber, the president of Viveport, told Digital Trends. Even as recently as June 2017, HTC officials remained bullish that the Vive wouldn’t be getting a significant price cut any time soon — but make no mistake, this is a serious shot across the bow of Oculus.

“We’re the leading player, and we’re definitely the undisputed high-end system,” said Stieber. “We don’t necessarily look too closely at the competition, so we’re kind of playing out our own strategy.” He did note that different companies offering different headsets is a boon to the wider VR ecosystem.

HTC has high hopes that lowering the price of the Vive will make the hardware more accessible to new audiences. Many gamers have been interested in VR from the start, and now that cost isn’t as much of as a barrier to entry, there’s hope many of them will decide to jump in.

“There’s always this early adopter in the family or in the household that pushes it,” Stieber explained. “But I do think that VR will be for the entire family — it doesn’t matter if it’s for the gamer kid, or if it’s the creative girls in the family, or if the mom wants to have a fantastic experience. I think it will be much more mainstream than it is today.”

All that being said, the price drop is coming at a great time for gamers who have been holding off making the jump to VR. It takes effect today — and with Fallout 4 VR and Doom VFR set to drop over the next few months, the Vive is a very tempting prospect at $599.