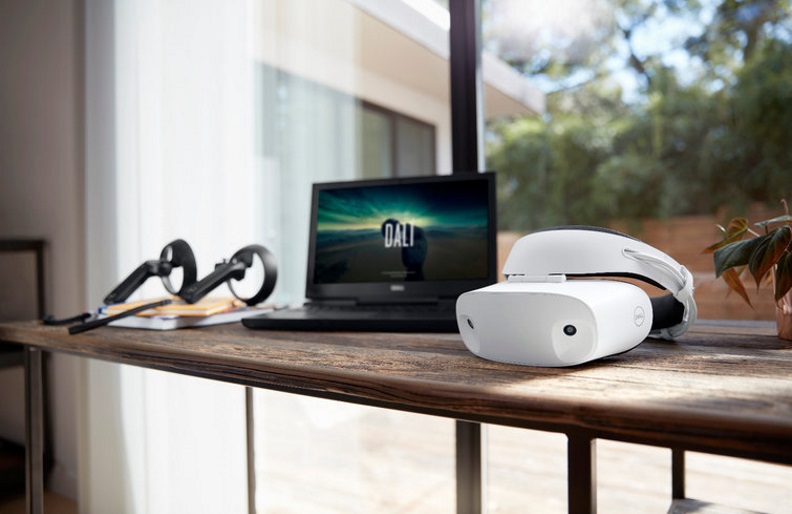 Dell revealed the primary specifications of the Visor headset at IFA in August. The headset offers dual 1440 x 1440 displays that operate at 90Hz. The Visor also features a lightweight, balanced design, with soft cushions for the front and back of your head, and a hinge that allows you to flip the HMD up so you can see the real world without taking the whole thing off.

The Dell headset, like every Windows Mixed Reality headset, also features dual front-facing cameras that provide inside-out spatial awareness and track the movement of the wand controllers with 6 degrees of freedom. The dual camera system is a derivative of the spatial awareness technology Microsoft developed for the HoloLens dev kits.

Better Than We Expected

We expected that the 2880 x 1440 resolution would provide impressive visuals, but Dell just revealed that the displays in the Visor are better than we expected. Dell used LCD panels made by Sharp that includes an RGB subpixel arrangement, which should improve the image quality even more than the high pixel count. Sony used RGB subpixel LCD panels in the PSVR, which is the reason why Sony’s VR headset provides clear visuals with a single 1080p panel.

If you have a computer that meets Microsoft’s Windows Mixed Reality requirements, you can pre-order a solo Visor headset for $349. Dell also offers a pair of motion controllers, which you can buy separately for $99, or in a bundle package for $449. Dell also offers a bundle deal that includes a Windows Mixed Reality-capable Dell Inspiron 15 7000 gaming laptop, the Visor headset, and a pair of motion controllers for $1,249. The company said it would add more bundles later. 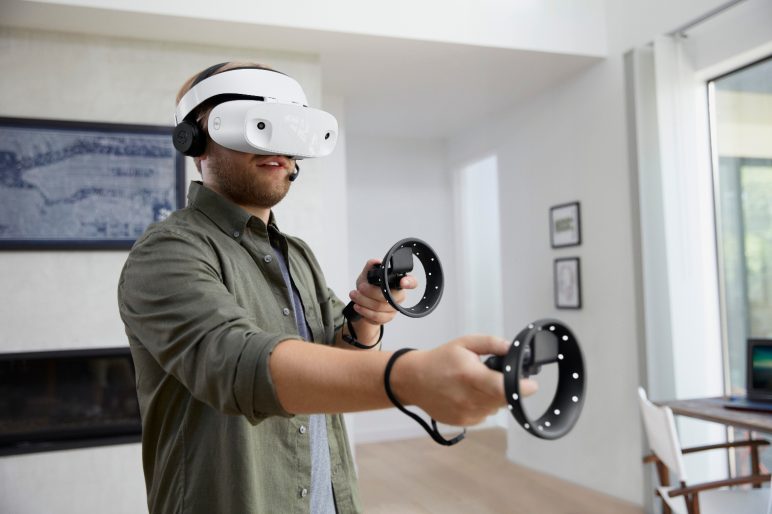 This article was originally published by tom’s HARDWARE.