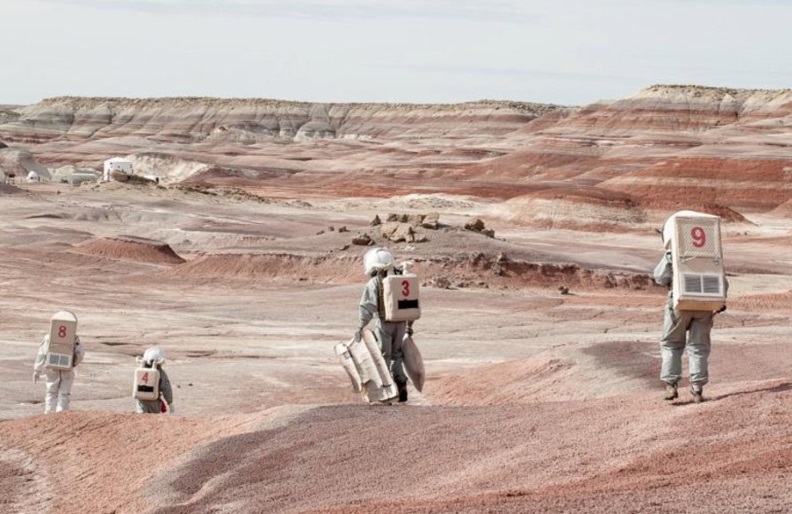 It’s only a matter of time before we put astronauts on Mars, but there’s plenty of research to be carried out in the meantime. MarsVR could be the perfect way to explore the red planet.

The race to Mars is firmly on, but before we can send colonies of people off into space there needs to be a lot of training, and replicating life on Mars is neither cheap or easy. That’s where MarsVR comes in, with the non-profit Mars Society creating a virtual reality world to support the Mars Desert Research Station (MDRS) program.

The result is innovative, relatively affordable and practical, and could also result in us regular globelubbers being able to explore Mars as well. We’ve been talking to James Burk, the Mars Society’s IT director, to find out more about MarsVR.

“We want to build an engineering-grade VR tool for three purposes,” Burk explains. “We want to support the Mars Desert Research Station program via crew training, offer a public outreach platform to tell the story of what we’re doing, and provide a great tool for STEM Education.

“We will be open-sourcing what we do and teaching people how to use it, so that we build out a large ecosystem around what we’re doing – both for schools but also for the general public. We want this tool to be used for serious research about the MDRS and Mars, so we want to leverage the community to help us improve it.”

MarsVR is a crowdfunded platform created by the Mars Society, which was founded in 1998 with the aim of furthering the exploration and settlement of the red planet. It’s a society with several thousand members and chapters around the world, and Burk explains that experts in different fields have been brought in to help work on MarsVR.

Read more: What humans will look like on Mars

“We have VR experts as well as drone pilots,” says Burk. “I am the one that probably knows the most about space and what the Mars Society is all about. My development team is led by Shannon Norrell, formerly the lead VR evangelist for HP, and he runs the Silicon Valley VR meetup. We also have several other developers that are experts on using Unity, on 3D modelling and on doing photogrammetry (creating photo-realistic VR experiences).”

“Projects like ours are always a balance of different skills that people can bring to the table, all in the name of advancing the human exploration of Mars. That’s also what it will be like on Mars – people with different skillsets that complement each other.”

Burk highlights the Curiosity rover and Microsoft Hololens as the main inspiration behind MarsVR:

“Last year, I had the opportunity to go to JPL (the Jet Propulsion Laboratory) and see what they are doing with the Curiosity rover data, bringing it into the Microsoft Hololens VR environment every day and using Hololens to review the landing site for drilling targets and further exploration.

“In the first few seconds of having the headset on, I had a strong desire to share an experience of walking around on the surface of Mars through VR with as many people as I could. I talked at length with the JPL team who had made an attempt to put this into Kennedy Space Center but for various reasons it didn’t work out. I vowed to myself I would do everything I could to try to bring an experience like this for my local air and space museum – the Museum of Flight here in Seattle – which we hope to do later this year. I’ve been in contact with them already on MarsVR and they are supportive of what we’re doing.”

The challenge of creating a VR world is a daunting one, but Burk and his team is more than up to the task. “We are just getting started with development, and our biggest challenge right now is how we are going to scan a square mile of terrain out in the Utah desert with the latest high-tech photogrammetry techniques, and in an environment with not a lot of support in terms of power and internet bandwidth. But we have plans to make this happen using some drones and some excellent software packages, as well as a generator we are shipping out there to power everything.”

While one of the initial goals of MarsVR is to help with training, the project also aims to bring exploration of the red planet to the masses, and that means people without VR headsets will be able to benefit too.

“We will ensure that MarsVR’s Phase One environment can be run on any PC with a decent graphics card, so you don’t necessarily have to have a VR headset,” says Burk. “Although it will be amazing if you have an HTC Vive or Oculus Rift and get that immersive experience.”

MarsVR also has some exciting plans for the future, and although the project is currently scanning Utah desert in a bid to recreate the red planet, as part of the next phase we could be interacting with images from Mars itself.

“We want to build a Mars globe in VR with all the named features and landing sites tagged,” adds Burk. “You point at the globe and it zooms all the way down to surface level and you can walk around there. It’s a long-term vision but one we see as technically possible by using existing NASA (and other) data.

“The Mars Society is on the forefront of pushing for a humans to Mars mission – that’s what we’re all about – and the interest in Mars has never been more than it is now. Certainly The Martian movie with Matt Damon helped, but there is also a hunger and a groundswell for sending humans to Mars, and we aim to make that a reality with everything we’re doing. MarsVR is just a small piece of that overall effort, but if we can tell the story well through VR, it will be an important piece of the effort.”

It looks like MarsVR could play a key part in the future of the colonisation of Mars then, and if it means that regular people can also enjoy an interactive part of the process, we can’t wait to see what happens next.

This article was originally published by RedBull.