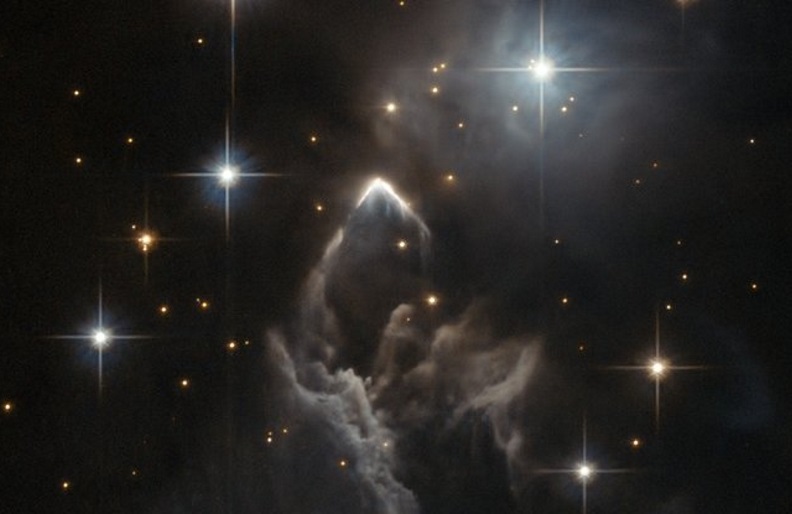 The source of a mysterious microwave glow detected across our galaxy eluded astronomers for decades. But now a crack team has finally pinpointed the source: nanoscopic particles of crystalline carbon, otherwise known as diamond dust.

There are several environments across the Milky Way that produce a faint glow known as anomalous microwave emission (AME). Scientists have known for a while that this light was being produced by a small, rapidly spinning nanoparticle. But the type of particle was harder to pin down.

A team of researchers went looking for the glow of AME across the Milky Way. They studied 14 protoplanetary discs of dust and gas that surround newborn stars – and detected AME in three of them.

This isn’t just the first time that AME has been detected in protoplanetary discs; it also allowed researchers to determine that the glow was most likely being produced by diamonds hundreds of thousands of times smaller than a grain of sand.

Previously, it was thought that carbon-based organic molecules called polycyclic aromatic hydrocarbons (PAH) were responsible for the glow. These are common throughout interstellar space, and emit a faint infrared light.

The three AME sources were also emitting infrared light that matched that of nanodiamonds – but not that of PAH. In addition, the PAH signature has been observed in protoplanetary discs throughout the Milky Way with no anomalous microwave emissions.

“In a Sherlock Holmes-like method of eliminating all other causes, we can confidently say the best candidate capable of producing this microwave glow is the presence of nanodiamonds around these newly formed stars,” said astronomer Jane Greaves of Cardiff University in Wales.

Nanodiamonds aren’t particularly rare in space. Carbon is the fourth most abundant element in the Galaxy, and nanodiamonds are often found inside meteorites. We don’t know exactly how they are formed, although cosmic collisions and supernova shockwaves are two plausible explanations.

Another hypothesis is that diamond particles can form within the protoplanetary disc itself, possibly from a superheated vapour of carbon atoms much like the chemical vapour deposition method for creating industrial nanodiamonds, and there is certainly mounting evidence for them therein.

Based on the infrared signatures the researchers observed around their three baby stars, around 1 to 2 percent of the carbon in the protoplanetary discs formed nanodiamonds.

It’s a finding that could help astronomers study the early Universe. If, as models suggest, the Universe expanded faster than the speed of light directly after the Big Bang, it would have left a strange polarisation in the cosmic microwave background.

This has yet to be detected, but space nanodiamonds could help.

“The signal from spinning nanodiamonds would be weakly polarised at best,” explained astronomer Brian Mason of the National Radio Astronomy Observatory.

“This means that astronomers can now make better models of the foreground microwave light from our galaxy, which must be removed to study the distant afterglow of the Big Bang.”

It may even shed some light on the formation of our own Solar System, since the nanodiamonds detected are similar to those found within meteorites.

The research has been published in the journal Nature Astronomy.

This article was originally published by Sciencealert.