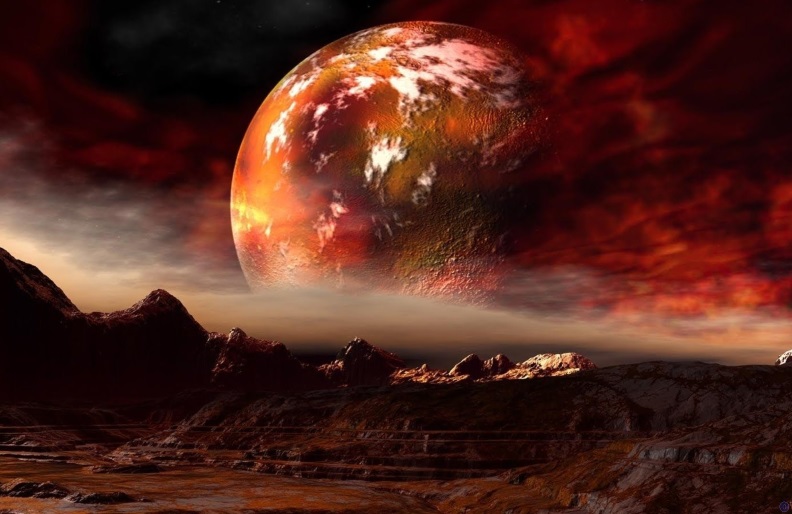 Colonizing Mars might be the best chance to ensure the human species survival in the future. In order to adapt to Mar’s hostile living conditions, our bodies will evolve in ways that might end up with a completely new species of human.

When it comes to colonizing new worlds, Mars could be humanity’s best option.

But the journey won’t be like it was in the past for pioneers like Ferdinand Magellan, Yuri Alekseyevich Gagarin, and Neil Armstrong.

This new frontier will be the most extreme challenge yet. It’s not just learning how to survive on an alien planet with less oxygen, a weaker gravitational pull, and more harmful radiation. It’s enduring the changes that these extreme conditions will have on the human body manipulating it in ways that we can only begin to imagine.

Even astronauts know that you don’t have to spend much time off Earth to notice changes. The lower gravity can kick-start a whole list of physical alterations.

Just ask this guy: former NASA astronaut Scott Kelly. He lived for a year on the International Space Station. Without Earth’s gravitational pull, the zero-gravity weakened his bones and muscles, and expanded the space between his vertebrae, making him two inches taller.

Now the zero-gravity environment in space is more extreme than on Mars. However, these changes could still happen on smaller scales. And if you compound them over hundreds of years and tens of generations, the results could be similar, if not more pronounced.

Basically, humans will adapt to Mars’ conditions in one of two ways.

In the first few centuries, our skeletons and muscles will likely shrink and we’ll become meeker versions of our Earthling counterparts. This would almost certainly lead to shorter life spans and health complications, including neurological disorders if our skulls shrank with the rest of us.

So to survive, we may — over millennia — actually undergo the opposite reaction evolving stronger, more robust bodies like the “Tharks” in Edgar Rice Burroughs’ sci-fi novel “A Princess of Mars.”Though, us having six arms and green skin is less likely.

When we eat these pigments in large amounts, we actually get a boost of protective carotene in our bloodstream and under our skin. So, yes, eating too many carrots can turn you orange!

But it may also be a great defense against cancer on Mars. The planet’s thin atmosphere lets in massive amounts of UV, and other high-energy, radiation compared to Earth.

For example, the average Earthling receives about 3 millisieverts of radiation per year vs. the 30 they would get on Mars. To compare, here’s the minimum dose it takes to increase cancer risk. Compound the annual radiation levels on Mars over a lifetime and the average Martian would receive 5,000 times more radiation than someone on Earth.

And our big, orange bodies may not just look different on the outside. One of the most profound changes we could have coming is the next species of human!

Higher levels of radiation on Mars’ surface would mutate the DNA in our cells at an accelerated pace. Normally, a species like homo sapiens could take a few hundred thousand years to evolve on Earth but some scientists say the higher mutation rate could spawn new human species within centuries — 10 times faster than on Earth!

So, if the radiation didn’t outright kill us, the mutations that survived would be passed down through generations ultimately diversifying the gene pool and allowing natural selection to do its job.

As exciting as it may sound, there is a potential downside to all of this. If, one day in the future, a Martian falls in love with an Earthling it can only end in tragedy. The immune systems of Martians and Earthlings will be completely different. And a meeting between the two could be just as deadly as when two foreign groups have met in the past, like the European settlers who gave smallpox to the Native Americans.

Also — depending on how genetically different they are — even if they could meet they may not be able to have Martian-Earthlings of their own, since only closely-related species can reproduce.

Moving to Mars may be the best chance for humanity’s survival. But it may not be humans who live there, in the end.

This article was originally published by Business Insider