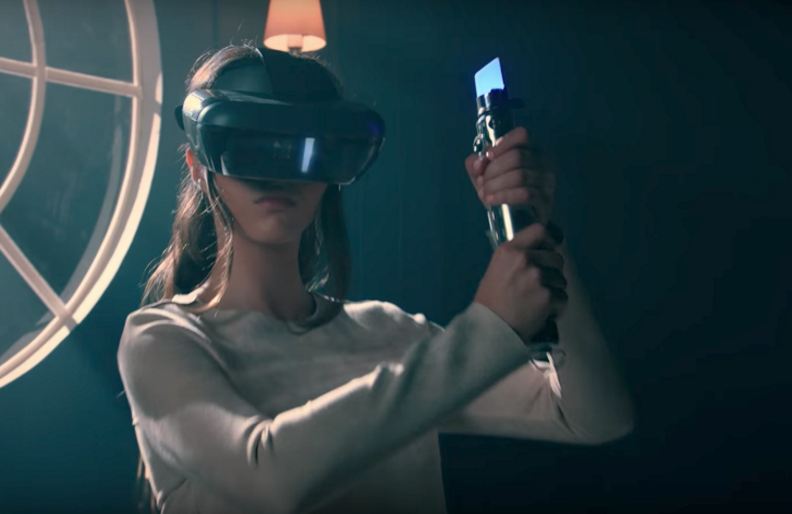 The AR demo appears to be something that will be showed off publicly at Best Buy stores in the near future but it isn’t entirely clear whether the hardware being showed off is going to be for sale anywhere. Lenovo and Disney aren’t releasing any details related to the headset or when these experiences will be made available, so we’re left to make a bunch of assumptions.

The AR headset appears to have at least a single pair of cameras for tracking movement or lightsaber controller (maybe both), while also using a smartphone as the display with some reflective lenses so viewers can’t see the images superimposed on their surrounding environment. The teaser video says a “compatible mobile device” is required for the headset.

We know ILMxLAB has been working with Magic Leap on some augmented reality experiences and while it may be a long time before anyone demos Star Wars content with Magic Leap hardware, so the studio likely is looking to get some AR content out that actually gets viewed. The Lucasfilm group already created a short demo called Trials of Tatooine for the HTC Vive, which allowed users a few seconds of lightsaber play.

Lenovo is currently working with Microsoft on their program for low-cost “mixed-reality” headsets. The company is also working with Google on smartphone-based augmented reality with their Tango-enabled Phab 2 Pro smartphone.