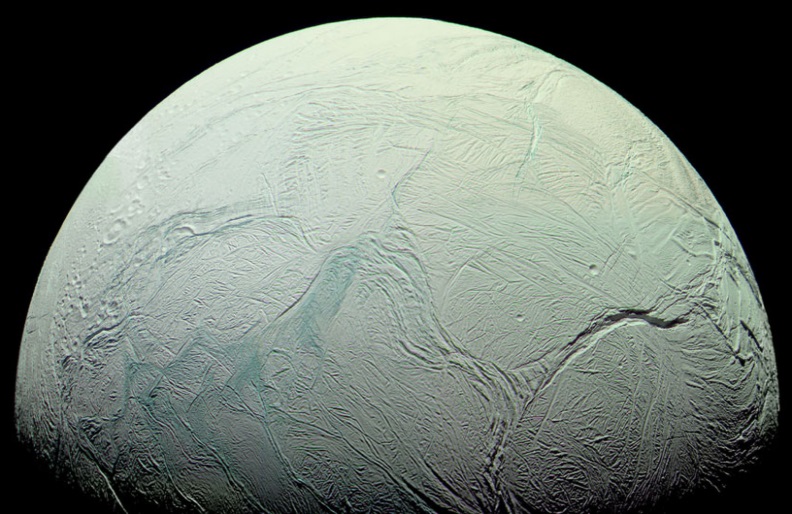 (Inside Science) – When it comes to looking for alien life, scientists mostly focus on where there is water. Now researchers suggest that looking at “bioessential” elements such as phosphorus and molybdenum could help judge a world’s potential for life.

There is life virtually wherever there is water on Earth, from clouds high above the surface to the deepest layer of Earth’s crust. As such, the search for life outside Earth typically concentrates on worlds that are “habitable,” possessing temperatures conducive to hosting liquid water on its surface.

For example, although the surface of Venus is currently hot enough to melt lead, a 2016 study suggested it may have been habitable until as recently as 715 million years ago. Scientists have even conjectured that if life once existed on Venus, it still might survive within its clouds.

However, “there are of course other ingredients needed for life as we know it,” said study senior author Avi Loeb, chair of astronomy at Harvard University in Cambridge. For example, on Earth, elements that are key to how much life oceans hold may include nitrogen and phosphorus. Nitrogen is needed to create proteins, and both nitrogen and phosphorus are key ingredients of DNA and RNA. Several recent studies suggest the increased availability of phosphorus in the oceans about 635 million to 800 million years ago may have even helped support the evolution of animals on Earth, the researchers noted.

To see what roles such bioessential elements might play in the evolution of alien life, the researchers focused on how accessible they might be on worlds with liquid oceans underneath their frozen surfaces, much like Jupiter’s moon Europa and Saturn’s moon Enceladus. “People suspect there may be life in liquid water under the ice in Europa and Enceladus, and both NASA and ESA [the European Space Agency] have plans to visit them with missions such as Europa Clipper 1,” Loeb said.

On Earth, a major source of phosphorus in oceans is via the weathering of so-called felsic rock by mildly acidic rainwater. Phosphorus is in turn removed from Earth’s seas by hydrothermal activity; prior work suggests hydrothermal activity exists on Enceladus and presumably Europa as well, the researchers said.

Read more:  Scientists have a new plan for finding extraterrestrial life in our Solar System

Radiation from Jupiter constantly bathes Europa’s surface, generating molecules known as oxidants, and as Europa’s icy surface churns, these oxidants can enter Europa’s hidden seas, where they can react with sulfides and make the water highly acidic. As such, Europa may possess enough phosphorus to support life, although highly acidic oceans might stifle chances for life, the researchers said.

In contrast, previous research suggested the underground oceans of Enceladus may be strongly alkaline. In the new study, the scientists calculated that if a world’s oceans are either neutral or alkaline and possess hydrothermal activity, “phosphorus may be entirely removed from the subsurface ocean world in a very short timescale compared to the age of the solar system — millions of years,” said study lead author Manasvi Lingam, an astrophysicist at Harvard.

The scientists also suggested trace metals such as molybdenum, manganese and cobalt might prove bioessential as well. “Molybdenum plays a crucial role in several enzymes, most notably in fixing nitrogen” — that is, breaking apart the powerful chemical bonds that hold nitrogen atoms in pairs in the atmosphere and “fixing” the resulting single nitrogen atoms into vital organic molecules, Lingam said. In addition, molybdenum “affects protein synthesis as well as metabolism and growth in many organisms,” he explained.

Furthermore, “manganese plays an important role in the context of generating oxygen via photosynthesis in chloroplasts,” Lingam said. “Cobalt has a variety of biological roles in metabolism — most notably, it forms a component of the vitamin B-12.”

Read more:  Eight Other Worlds In Our Solar System Might Have Life Beyond Earth

“The idea of a habitable zone goes back to the 1950s, and since that time we’ve learned a lot, such as the existence of subsurface oceans, so it’s important to move our thinking about habitability being just about water to specific elements and chemicals that might be essential for life,” said astrophysicist Adam Frank at the University of Rochester in New York, who did not participate in this study.

One way to remotely see if alien worlds outside of our solar system might have bioessential elements is to look at their stars, which might shed light on the compositions of their planets and moons. The presence of an element in a star would generate a unique spectrum of colors visible in its starlight, and “could thereby provide us with some information regarding the habitability of any planets orbiting them,” Lingam said.

If a world’s levels of bioessential elements are low, that may limit their potential for life as we know it. Although the new study suggested that future missions to Europa and Enceladus only had a slim chance of detecting life, they are “an excellent opportunity to falsify our model, and therefore we are in favor of such missions,” Lingam said

Planetary scientist Jonathan Lunine at Cornell University in Ithaca, New York, who did not take part in this research, cautioned “these are calculations based on simple assumptions, and we must always remember that planets and moons are more complex than we expect — that is one of the lessons of the discoveries made by planetary exploration. So we should not take the results as definitive, but as a way of pointing toward some of the observations that ought to be made by future missions.”

The researchers cautioned that although bioessential elements might prove rare on average across a world, patches could exist on a world where levels of these elements, and the chances for life, are higher, Lingam said. And of course, the researchers only accounted for life as we know it — “life as we do not know it might follow different chemical routes than on Earth, which would be a more exciting finding than finding life as we do know it,” Loeb said.

Lingam and Loeb detailed their findings online May 31.

This article is provided by Inside Science News Service, which is supported by the American Institute of Physics. Charles Q. Choi is a science reporter who has written for Scientific American, Live Science, The New York Times, Wired, Science, Nature, and National Geographic News, among others.