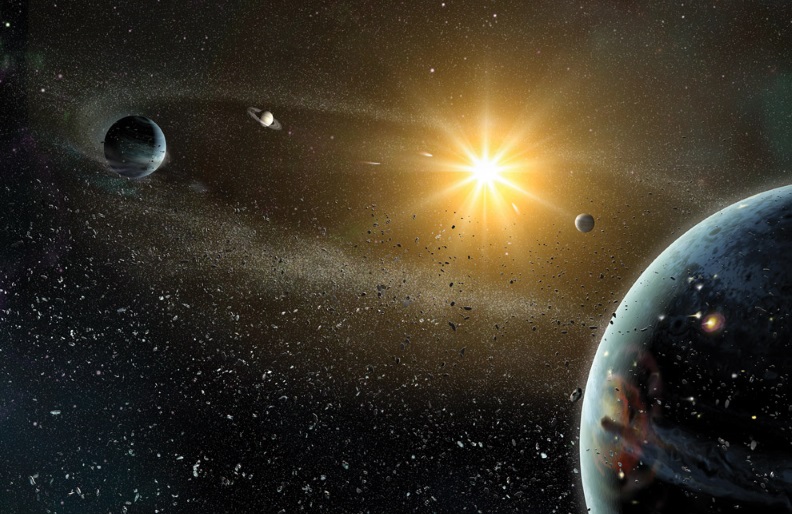 Humanity hasn’t even scratched the surface of exploring the Milky Way galaxy, much less the rest of the universe, but when it comes to our own Solar System, we have a pretty good idea of what’s here. We know there’s no space-faring races hiding out in the craters of Mars or silently spinning inside of Jupiter’s great red spot, but there’s still the chance that life exists in our little planetary backyard outside of Earth, and researchers have a new strategy that could help us find it. The target? Saturn’s ice-covered moon, Enceladus.

A new paper from Jay Nadeau and his team of researchers from Caltech, published in the journal Astrobiology, breaks down a new imaging technique that could provide scientists with the tools they need to detect and identify microscopic life in space — more specifically, microbes hiding in the water of Saturn’s frozen moon.

Enceladus is completely encased in ice, which doesn’t sound like a very hospitable place for life to take root, but the good news is that there’s water under its frozen surface. We know this because images of the planet taken by NASA’s Cassini probe have shown massive jets of water being spewed out from between cracks in its icy shell, and because Enceladus is so small, its gravitational pull isn’t strong enough to keep the water vapor from flying off into space. That makes the job of sampling the water much easier, but NASA would still need the right tool for the job.

Nadeau and his colleagues have proposed a solution in the form of a holographic microscope specifically designed to detect microbial life and differentiate between tiny living organisms and specks of dust and debris that would also likely litter the sample.

“It’s harder to distinguish between a microbe and a speck of dust than you’d think,” Nadeau says. “You have to differentiate between Brownian motion, which is the random motion of matter, and the intentional, self-directed motion of a living organism.” In testing, the new microscope system has proven capable of doing just that, and while further testing and implementation remains on the to-do list, it’s a promising start for a technique that could provide the first evidence of extraterrestrial life.

This article was originally published by BGR. Read the original article.