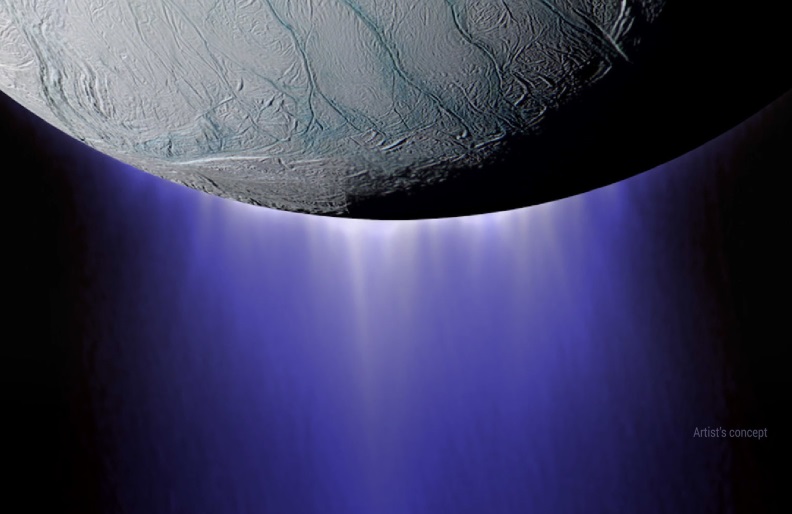 Data recorded during Cassini’s final months is still giving us gold. New research from the probe’s Grand Finale mission has uncovered a previously unknown interaction between Saturn and its moon Enceladus – plasma waves, traveling between the two.

When Cassini drew ever closer to Saturn before plunging to its demise amongst the planet’s storms, it took advantage of its unique proximity to take readings that would not have been possible from a greater distance.

And, on one of its closest dives, two weeks before the final plunge, it used its Radio Plasma Wave Science (RPWS) instrument to capture the sounds of plasma waves travelling between Saturn and Enceladus, showing for the first time that those waves travel on the magnetic field lines connecting the two bodies.

“Enceladus is this little generator going around Saturn, and we know it is a continuous source of energy,” said planetary scientist Ali Sulaiman of the University of Iowa and a member of the RPWS team.

“Now we find that Saturn responds by launching signals in the form of plasma waves, through the circuit of magnetic field lines connecting it to Enceladus hundreds of thousands of miles away.”

There is, of course, no actual sound in space. The sound is a vibration in a medium such as air that, when it reaches and vibrates the eardrum, is perceived as sound. With no air in space, such vibrations can’t propagate.

But radio waves aren’t sound. They’re a form of electromagnetic radiation – as is light – which is created through self-propagating electric and magnetic fields – which means they can freely travel through space.

Read more: Water May Not Be the Only Sign of Alien Life

We can convert these radio waves into sound using radio technology, which we use for communication purposes here on Earth.

Plasma waves in the audio frequency range are also electromagnetic, and these are what Cassini picked up. Scientists on Earth then converted these signals to audio and sped it up from 16 minutes to 28.5 seconds.

The result is, quite literally, unearthly: a strange, clicking, whistling howl that falls and then rises, a signature more commonly (although not always) associated with auroras, and thus called an auroral hiss.

Previous auroral hiss observations were made during close flybys of Enceladus; however, this is the first observation of this signature close to the planet, rather than its moon.

The new research sheds new light on this close relationship between planet and satellite, while underscoring Saturn’s amazing peculiarities – and giving us an excellent new recording to add to our collection of eerie howls from space.

And if you just can’t get enough space sounds, check out the Space Audio channel on YouTube.

This article was originally published on ScienceAlert.