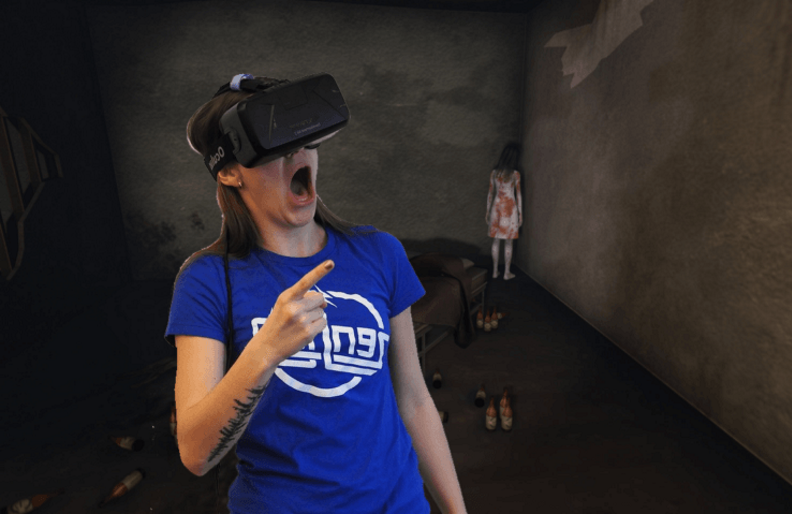 At the onset of any revolutionary new platform such as Virtual Reality (VR), there is usually an ethical dilemma that presents itself, either in terms of the paradigm shift the technology itself creates (i.e. the Internet vs. IP rights-holders) or, in the case of VR content, the immersive and visceral nature of the content we are able to create with this amazing new platform. How real is too real?

Will we, the pioneering VR content creators, create content that’s potentially psychologically or even physically harmful? Will unscrupulous content creators exploit the new medium the way they have with internet content? VR is the first medium to achieve 100 percent of an audience’s attention since viewers can’t check their phones, chat with friends or even gaze mindlessly around the room while engaging with content.

The virtual reality industry is accelerating  rapidly with revenues set to hit upwards of $7 billion in 2017 and projected to reach $75 billion by 2021. The ethics and responsibilities that go along with creating VR content are like nothing we’ve ever experienced before. Put simply, we are now messing with parts of the human brain we just haven’t had access to before. That’s both exciting and scary at the same time.

VR is known for its immersive quality, engaging the viewer fully in the film, game or experience. This immersion means that senses and emotions are heightened for the viewer in ways that are not typical to any other medium. A specific example is, when content becomes violent or scary in VR, the viewer can’t simply look away or leave the room. VR content creators can leverage this to engage viewers, immersing them in other worlds, concepts, storylines or, as in advertising and marketing, taking brand awareness to entirely new levels.

From an ethical perspective, content creators need to identify the implications of VR and be sure not to negatively exploit the unique qualities of the platform. As story interactivity technology advances, such that viewers can actually take part in the story, the immersive impact will deepen even further.

During the production of the pilot for an interactive sci-fi VR series, my team developed ways to engage the senses of the audience and adapted filming and interactive techniques to the new medium to create a first-of-its-kind interactive experience. In so doing, we made sure to consider which elements may push the boundary too far versus enhancing the experience. Content creators must adapt and learn, through testing and development, what is suitable for audience immersion and what pushes the limit too far.

As I mentioned above, VR is the only medium that commands 100 percent of its audience’s attention and requires active watching. This new level of viewer engagement is what really appeals to brands and original content creators. Where ethics fit into this particular aspect is in examining the duration and level of stressful events occurring in any VR experience and the potential psychological implications of such content.

Scientific studies are being conducted on both the positive and negative effects VR experiences can have on our brains. It is up to content creators to heed the data presented by these findings. I foresee VR content creators and distributors eventually taking similar precautions that amusement parks do, where a waiver is signed or included in your ticket purchase, relinquishing responsibility for the inherent risks.

Many of those inherent risks are mirrored in VR, from heart attacks to emotional distress and mental exhaustion. And like amusement parks, for many of us the benefits will outweigh the risks –fun, excitement and a bit of danger!

A rating system has been adopted by most VR App stores, led by Oculus. The International Age Rating Coalition (IARC), which assigns age ratings to games and mobile apps, was applied to all VR experiences in March 2017. The implementation of a global rating system across all VR experiences will put the responsibility on consumers to decide what type of content they want to consume or allow others to consume. The standardization takes the pressure off of content creators and leaves it in the hands of consumers.

As the virtual reality rating system will be similar to that of film and television, VR producers will be aware of what causes ratings to jump from level to level, allowing them to push the limits of ratings while staying below a certain undesired rating that could affect the sales and audience size of their experience.  As the first wave of content creators for this new platform, we have a huge responsibility on our shoulders — the success or failure of VR as a new entertainment medium.

Aside from creating mind-blowing new experiences, I suggest we should adhere to the ratings system in order to provide expected content to viewers at the appropriate age levels. This will create a higher level of enjoyment amongst audiences and further enhance the growth of the VR industry by not turning viewers away through unexpected experiences that viewers weren’t ready for.

In conclusion, as the virtual reality industry grows and more content is produced and distributed, it is more important than ever for those of us creating and producing content to examine the ethical responsibilities of the larger industry. The potential of this new technology is immense and with a sensible approach, the possible negatives can be minimized.

Ultimately, it is up to us to make or break this amazing new storytelling platform. No matter what, the potential of VR is hugely exciting. In my more than two decades of producing and distributing film and television, I’ve never experienced anything like it. I feel privileged to be among the vanguard of new VR content creators whose work will essentially define an industry — it is truly a great time to be a creator.

This article was originally published by TNW.