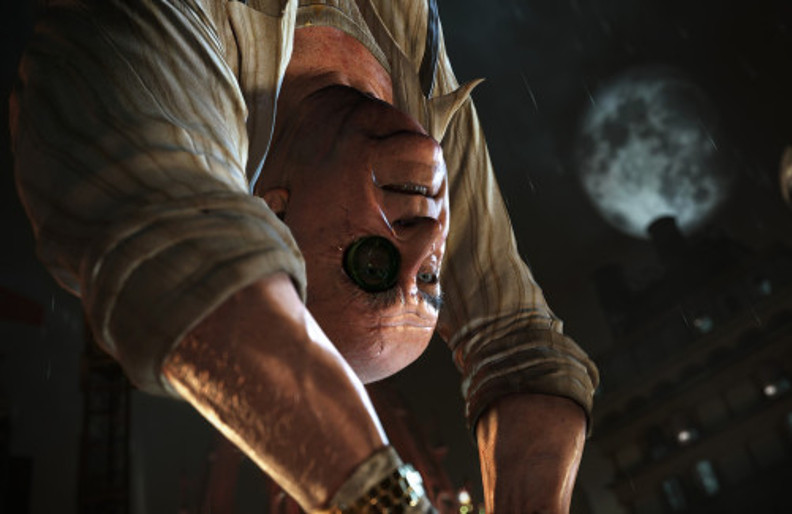 If you’ve spent any time reading about virtual reality and augmented reality, you’ve certainly encountered some variation on this phrase: “VR is only a stepping stone to AR.” Just this past week, Epic Games’ chief Tim Sweeney called AR “a superset of VR.” The implication is that as VR grows, it will become AR.

I strongly disagree. After 25 years of writing about games, I’m certain that VR is its own magical thing. Moreover, having experienced VR when it was impractical (including early 1990’s Sega VR and Jaguar VR prototypes), I’ve lived long enough to see the technology nearly go mainstream — and can’t stand when people trivialize the VR industry’s hard-fought victories. What Oculus, HTC, Sony and others have collectively accomplished is nothing short of a gigantic technological leap forward.

Yes, selling VR has been tough for early vendors. People have to be convinced to put on goggles and experience VR for themselves. They’ll struggle to find PC demo stations with VR headsets. And the demos themselves can be a mess, thanks to controller driver glitches and clunky Windows desktop-based app navigation.

My first attempt to try an HTC Vive was like that. The Microsoft Store is one of the rare retail chains that has permanent VR demo stations, but your initial excitement may be dimmed when you’re asked to sign a waiver and guarantee that you don’t have a medical implant. My wife wasn’t able to try VR at the store because of the latter limitation.

But when I put on the Vive goggles and experienced The Lab’s virtual archery game Longbow for the first time, I was instantly sold. In all the years I’ve played games, I had never found anything as instantly immersive and compelling as that — seeing the entire virtual world move fluidly from a first-person perspective, with twin controllers providing haptic feedback as I drew and fired arrows from a virtual bow. Feeling the tension of the bowstring and the pop of an arrow’s release impressed me so much that it didn’t matter that the game’s targets looked like paper cutouts. It felt like I was in the game.

That’s what VR is about. Since then, I’ve had dozens of other memorably amazing VR experiences — suiting up as Batman and staring down the Penguin in nearly photorealistic 3D, driving cars, flying Star Wars spaceships, jumping out of planes, and exploring horrific environments. Even playing a VR-based platform game demo can be mindblowing. Right now, I can’t wait until Wipeout Omega Collection’s VR update.

I don’t want to downplay AR, but superimposing a cartoony dragon on a real-world park or creating a Minecraft map on a table just doesn’t provide the same experience as visiting a VR world. There are some cool uses and demos of AR right now — Street Fighter II AR, anyone? — so I have no doubt that it has great future potential. But the experience of being completely transported to a different place is exclusively the domain of VR.

So let’s stop treating VR as a stepping stone to AR, and start focusing on it as a worthwhile destination (or set of destinations). If nothing else, the release of the Ready Player One movie this week may inspire millions of people to give VR a try, and in my view, the technology is finally ready for its Hollywood closeup.

If you haven’t had a chance to experience VR for yourself, please take a trip to your closest Microsoft Store or another retailer with a demo station. Be patient with the wonky Windows issues. And if you like what you see, just remember that a (much easier to set up and use) PlayStation VR headset can be had for $200 or less these days. Many VR games can be had for only $10 or $20, making it easy to sample and build up a library of compelling experiences. I’m willing to bet you’ll be amazed by what developers have accomplished — and not so willing to dismiss VR as sitting in another technology’s shadow.

This article was originally published by VB.