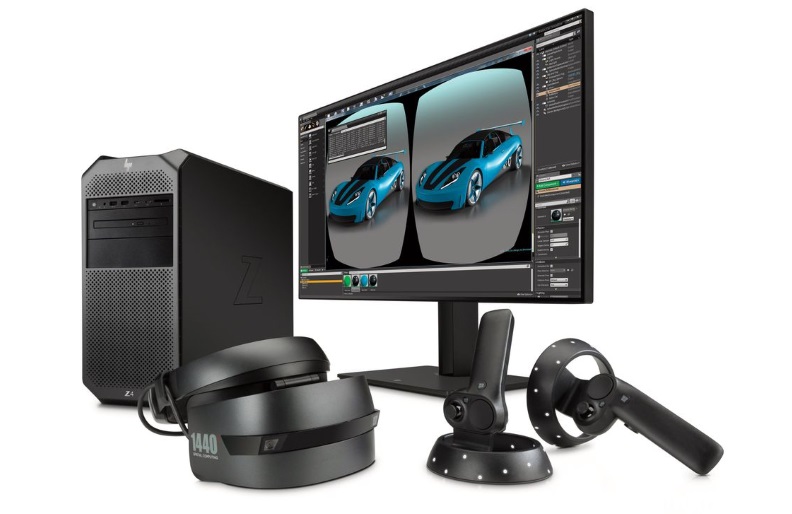 YOU CANNOT KILL virtual reality (VR) as now HP is getting deeper into the game with a ‘pro’ headset and a powerful workstation to get developers working on virtual experiences.

Today has already seen computer manufacturer HP make a couple of big virtual reality (VR) related announcements, with a new Windows Mixed Reality Professional Edition headset and a revamped HP Z4 Workstation. That’s not all the company has to offer on the VR side of things, announcing a collaboration with Unreal Engine on the creation of a VR Launch Kit for Unreal Engine.

Read more: WMR headset prices cut in half on Amazon

HP already has its Windows Mixed Reality headset, which resembles a cross between the Oculus Rift and PlayStation VR, but it’s now adding a commercial headset into its VR lineup.

The “Professional Edition” headset has been tweaked to now include removable and washable face pads. It also includes a short cable that allows it to be connected to VR backpacks, which HP has as part of its Omen gaming range.

Combined, these should allow for VR to be set up for proper commercial ‘immersive experience’ use, and allow for the headset to survive being exposed to masses of the great unwashed public.

Other than that the Professional Edition headset is pretty similar to the consumer version, and it’s being sold at $449 (around £320).

But the headset is being launched alongside the HP Z4 desktop workstation, which now includes access to Intel’s beefiest consumer processors, the 18-core Core i9-7980XE.

The chip is cheaper than the Xeon processors normally found in Z4 workstations but that should make it more accessible to developers and companies looking to dip their toes into VR without splashing too much cash on the still-niche tech area. The desktop machine will also come with space for dual GPUs to push those pixels with suitable aplomb.

Read more: Before you buy a WMR headset, will I need a new PC?

As part of this delving deeper into VR, HP also has the VR Launch Kit. Setup with Epic Games, the guys behind the Unreal engine, the Kit will offer access to the Datasmith5 workflow software aimed at automating the optimisation of 3D assets for Unreal.

The idea behind the VR Launch Kit is to provide developers with the means to get easily started with VR, providing they’re tapping into the Unreal tech, and reduce the time it takes to optimise computers for VR use.

VR still seems to be in its early days, but more and more firms are working on hardware and software for the arena.

So despite all the naysayers, it looks like VR isn’t going away anytime soon, particularly as the likes of the HTC Vive Pro have cropped up.

This article was originally published by the INQUIRER.