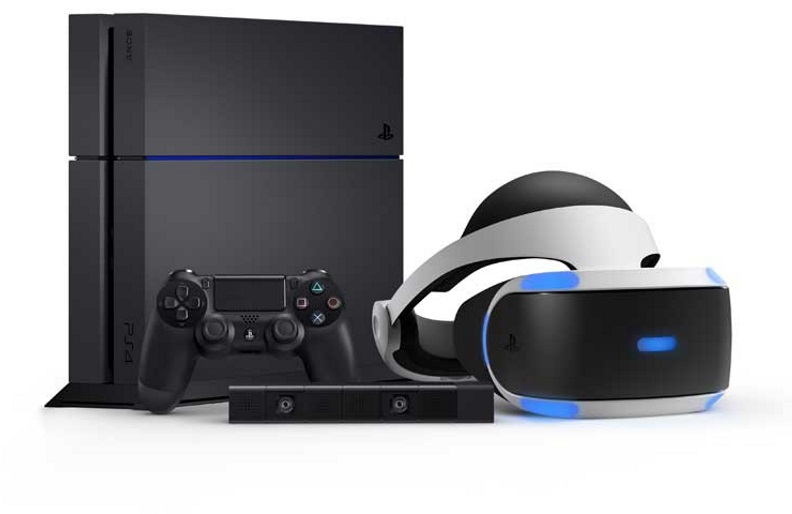 When Sony launched the PlayStation VR, or PSVR, in late 2016, the headset seemed to have a shot at bringing virtual reality to mainstream gamers. The company enjoyed a large customer base with the PS4, the most popular current-gen gaming console, and the PSVR was cheaper than other high-end VR headsets on the market.

In late 2017, Sony revealed that it had shipped two million PSVRs, making it the most popular high-end VR headset on the market. But during Sony’s recent Investor Relations Day in Tokyo, CEO John Kodera admitted that while it “continues to sell” headsets, the growth rate of the VR market remained “below market forecasts”.

Let’s examine the four main reasons the PSVR failed to move the needle for the broader virtual reality market, which arguably remains a niche market for hardcore gamers.

1. It was still too pricey

Sony launched the PSVR at $400. At the time, it was cheaper than Facebook‘s Oculus Rift and HTC‘s Vive. The PS4, which cost about $400, was also significantly cheaper than the high-end gaming PCs that powered those latter devices.

However, many gamers balked at the idea of buying a PS4 accessory that cost as much as the console itself. As a result, only a sliver of Sony’s gamers who have purchased 79 million PS4s to date also bought the PSVR.

Meanwhile, Facebook and HTC both lowered the prices on their headsets as gaming PCs became cheaper. Today, the Rift and Vive cost $400 and $500, respectively, while VR-ready PCs can be built for less than $500. Those options make the Rift and Vive look fairly attractive compared to the PSVR. Sony cut PSVR pricing to $300 in March, but it’s unclear if the move will win over enough gamers.

2. A lack of compelling VR titles

After Sony launched the PSVR, some publishers added exclusive VR features to their titles, and over 100 games are compatible with the device today. However, many of the better-known titles were also developed for multiple platforms, so the VR features were often considered cool frills instead of essential gameplay components.

Meanwhile, other publishers launched interesting stand-alone PSVR titles, but those games often lacked the mainstream appeal of triple A cross-platform games. As a result, the PSVR remained boxed in with its core audience of dedicated gamers and technology enthusiasts.

This was similar to Microsoft‘s dilemma with its Kinect motion sensor. The technology was revolutionary, but it was widely seen as a pricey add-on that lacked adequate developer support. Microsoft claimed to have sold 35 million Kinects (including bundled units) during its seven-year lifespan, but the device was still considered a failure relative to its console sales during the same period.

3. Too many VR options on the market

The PSVR may be considered the best-selling high-end VR headset, but Samsung‘s Gear VR is the most popular VR headset in the world. Research firm IHS expects Samsung to sell 10 million Gear VRs this year thanks to its low price tag ($129) and its compatibility with high-end Samsung smartphones.

Other smartphone users looking to merely dip their toes in the VR market can use even cheaper Cardboard-like devices to quickly convert their phones into low-end headsets. Users looking for devices that aren’t tethered to phones, PCs, or consoles can buy stand-alone headsets like Lenovo‘s Mirage Solo or Facebook’s Oculus Go.

And anyone looking for Windows-based “mixed reality” solutions can check out Samsung’s Odyssey or Lenovo’s Explorer. Simply put, there are still too many dazzling options for consumers within the crowded VR market.

Lastly, Sony’s launch of the PS4 Pro in late 2016 likely overshadowed the PSVR launch. The upgraded PS4 came out at $400, which made it seem like a better holiday purchase than the PSVR.

Current reports suggest that Sony could launch a new PSVR headset alongside its upcoming PS5 in 2020, but investors should take that news with a grain of salt — especially if its PSVR shipments grind to a halt.

While the PSVR isn’t a failure, it also isn’t turning VR gaming into the “next big thing”. Yet Sony will likely stay invested in this next-gen market, as it’s doing in cloud gaming, to remain ahead of the technological shift when it finally arrives.

This article was originally published by The Motley Fool