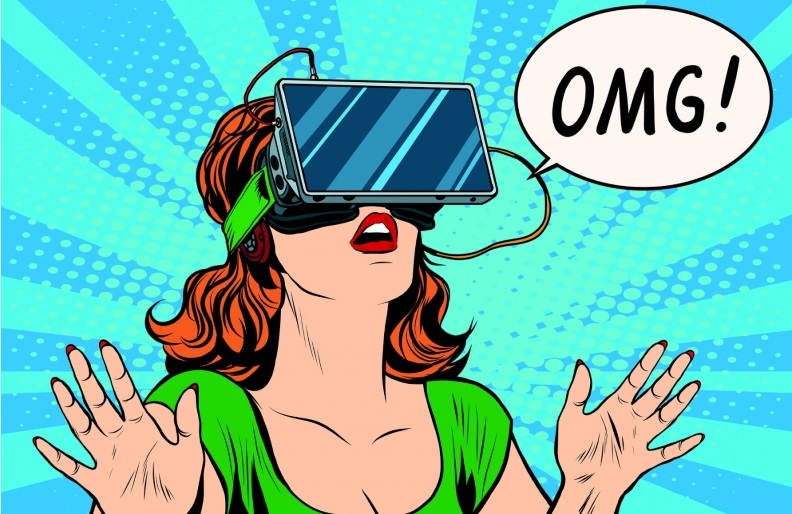 By any yardstick, Mobile VR is off to a strong start. A report in May from IHS Markit predicts that sales of Samsung’s Gear VR headsets will surpass 10 million in early 2018, while Google’s Daydream headsets should have sold over 2.3 million units by the end of this year. That’s far in advance of PlayStation VR, Oculus Rift or any other PC or console-based platform. While bundle deals have definitely helped, cost, accessibility and convenience are all pushing mobile VR ahead. Strong apps, from games to 360-degree videos and VR concert experiences, are also coming online, giving a wider audience better reasons to jump onboard.

Yet mobile VR is only just at the start of its journey. Where the first devices and experiences have been held back by the limitations of existing smartphone hardware, the next generation will be unleashed by new, high-performance systems-on-a-chip (SoC) like the Qualcomm® Snapdragon™ 835 Mobile Platform. What’s more, they’ll be pushed further still by enhanced connectivity, specifically support for high-speed mobile networks running Gigabit LTE.

VR may be the most demanding class of application out there at the moment. For a start, it requires high quality, even console quality graphics in order to create immersive, believable 3D worlds. To make things tougher, it requires them to be rendered for two 3D viewports to feed a stereoscopic display, the two views placed side-by-side on a WQHD (2560 x 1440) or higher resolution screen. What’s more, performance is crucial. Not only do you need a smooth 60fps frame rate, but any lag between player movement and a visual response has to be minimal. If motion to photon latency, as it’s called, rises above 20ms the experience might not just be unconvincing but actively nauseating. If there’s one experience you don’t want from VR, it’s motion sickness.

That’s a challenging set of requirements, but one the Qualcomm Snapdragon 835 Mobile Platform was designed to meet. Found in the Sony Xperia XZ Premium as well as Qualcomm’s mobile VR headset reference designs, it has the features and the brute horsepower to bring VR worlds to life. It’s Adreno 540 GPU offers a 25% boost in graphics rendering performance over the previous Snapdragon 820, plus an impressive 60x increase in its colour rendering capabilities. It can power displays at up to 4K resolutions in 10-bit colour with High Dynamic Range (HDR), enabling mobile VR developers to create more vibrant worlds with immersive lighting. Plus, with support for DirectX 12, OpenGL ES 3.2 and Vulkan, developers get the exact tools they need to build these experiences.

It’s eight CPU cores, four optimised for high-performance, four for energy-efficiency in background tasks, also help, giving it the power to handle the levels of simulation required to create convincing, fully-interactive environments. Add in real-time 3D audio, with the ability to simulate how sound bounces around a scene and the objects in it, plus full six degrees of freedom motion sensing, and the Snapdragon 835 Mobile Platform has the potential to take mobile VR to the next level. We’re looking at games that will take their players to new worlds, or 360-degree VR experiences that put you right in the heart of a live concert or sports event. We’re looking at educational experiences that can take students back in time to study history or on a tour inside the human body. We will see 360-degree video experiences that push the bar up from HD to 4K with HDR.

Why connectivity is key

Yet there’s one other element that’s going to accelerate this shift and push mobile VR even further: the switch from current 4G LTE mobile networks to Gigabit LTE.

Why? Well, on the one hand, VR is incredibly data-intensive. High-definition graphics and WQHD displays mean more sophisticated 3D models and higher-resolution textures. The kind of lifelike materials, skin, clothing and scenery you need to sell the VR experience practically demand it. Believable game worlds require some complex simulation and a lot of constantly changing data, which pushes internal storage to its limits. What’s more, VR flourishes in a connected, online world, whether that means sharing game worlds with other players, having mobile or location-based experiences or streaming 360-degree audio and video live from an event.

With Gigabit LTE, however, there’s a real opportunity to stream this data directly from the cloud. New Gigabit LTE mobile networks use a combination of carrier aggregation, 4×4 MIMO and 256 QAM technologies to deliver even more bandwidth than existing LTE networks, with average speeds between 100 to 300Mbits/sec in real-world use.

Together, Gigabit LTE and the performance of the Snapdragon 835 processor have what it takes to power the next-generation of mobile VR experiences, but they’re actually part and parcel of the same product. The Snapdragon 835 is the first Qualcomm processor to incorporate the Snapdragon Gigabit LTE modem. And as we go forwards with processor technology, with even more GPU and CPU performance to power VR, there’s scope for the network technology to move apace, with Qualcomm’s next-generation modem promising peak speeds of 1.2Gbits/sec. Combining high-performance mobile processors with high-speed connectivity will be key to making VR more accessible and more compelling, and the experience only gets better from here on in.

This article was originally published by alphr.