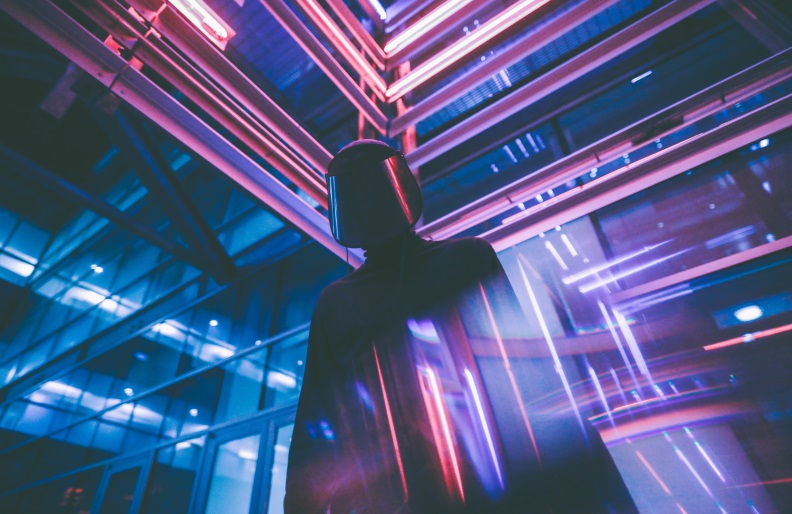 Like self-driving cars, augmented reality technology is already here. You likely remember the explosive popularity of Pokémon Go, a smartphone game that involves capturing digital monsters in the real world. The decidedly less popular Google Glass device was also an early attempt at augmented reality. The premise of this technology involves superimposing digital media features, such as images or sounds, over the real world in a way that enhances your experience of it.

It’s easy to imagine the direction that augmented reality technology might go should it really take off; we’re already experiencing it to a degree. We already use smartphones to access extra information about things we encounter on the go. Now imagine if the wealth of information you might want to access on your phone were displayed automatically on a clear eyepiece that you wear habitually. Or, alternately, a very futuristic virtual retina display. For example, you might look at a used car for sale and instantly receive a blue-book estimate of its value. Or, you might learn who made a piece of art that catches your eye without having to lift a finger. And that guy at the party whose name you didn’t catch might receive a virtual name tag to spare you some awkwardness — and with information from your social media accounts, you could even get an instant analysis of whom you know in common.

And that’s just practical stuff. Imagine playing a board game that only you and the other players can see, or a sport with virtual obstacles projected on a real-life playing field. Of course, just like smartphones, augmented reality devices could impose substantial social costs on their users. Information overload is a very real risk if you have a screen in front of your face at all times. So is sheer distraction: smartphones already cause problems in this capacity, but imagine trying to have a conversation with someone who had information popping in front of their face while you spoke. The addictive capacity of “always on” eye pieces could also be troubling.

Today, many people are addicted to their smartphones, and could get worse if the information was appearing in real time — not even requiring you to reach into your pocket. What’s more, constant access to hands-free information might also produce an over reliance among the most habitual users. Since augmented reality devices may also be designed to record virtually anything they were pointed at, they may present privacy concerns. If some models of AR devices saved everything they recorded by default, then any conversation you have with someone wearing such a device could become a matter of permanent record.

The idea of virtual reality is a science fiction staple (think The Matrix), which can ironically make it harder to take seriously as a prospect in real life. But like the other technologies we’ve discussed so far, virtual reality devices already exist in some preliminary forms, such as the Oculus Rift VR headset and the VIVE. It is entirely possible that more thoroughly fleshed-out versions of virtual reality could become as commonplace as televisions are today within the next several decades.

In its most futuristic sci-fi presentations — again, think of The Matrix — virtual reality is totally indistinguishable from actual reality. The user experiences a completely realistic range of motion and set of sensory inputs. This degree of perfection isn’t likely to be realized any time soon, but popular interest in VR could conceivably drive the near-term development of visual, aural, and tactile feedback that approaches immersive realism. Eventually, it could even be to the extent that your brain doesn’t automatically register the VR experience as artificial.

Speculation about this technology tends to focus on its applications as a method of delivering media, such as VR video games where you physically play the role of the characters, or VR movies where you can move invisibly around the action as it occurs. But a truly robust and widely available VR cyberspace could have more profound implications for the way people live their lives.

VR could allow people to save vast amounts of time on travel: offices and even some retail stores could become unnecessary, and distant friends and relatives could be reached for visits almost instantly (provided it was a reasonable simulacrum of actual physical presence). Imagine having a nearly totally realistic coffee shop conversation (minus the taste of the coffee) with a close friend who lives on the other side of the world. Or better yet, why not fly together over some mountains, or visit virtual copies of the wonders of the world, or experience a simulation of Mars together?

Taken to its logical extreme, VR could supplant the need go out in public. In conjunction with automated transport technologies such as driverless cars and drones — which could cheaply delivery anything you needed directly to you. What we think of as the public sphere could gradually shift into the virtual world. Such a transformation has the potential to completely reshape life for those who live through it. VR users could conceivably design their own online appearances (what age, gender, or animal do you want to look like?), break the normal laws of physics, teleport, enjoy immunity from physical harm, or acquire new — albeit digital — goods for free. In these ways, virtual reality has a number of advantages over actual reality.

Whatever exotic benefits an extensive virtual reality might confer, it also presents substantial risks. Such a dramatic transformation of the way humans typically interact could affect the content of those interactions in unpredictable ways. It could also impede their ability to interact normally when in the same room in reality. What’s more, some people can’t shake the feeling that even if VR social experiences felt mostly real, that something valuable from “real” interactions would be lost.

The notion of identity may also be compromised in VR. How do you know for sure who you are talking to? As the internet has proven, anonymity can be dangerous. Predicating the majority of human interaction on such a system could be highly problematic if it were to fail or fall under the influence of those who sought to harm. Additionally, companies today that want to persuade us or change our behavior for the company’s benefit have a relatively limited ability to do so — compared to the full immersive control that VR could offer. Imagine if your fully immersive VR experiences were being controlled by companies trying to sell you their product or service?