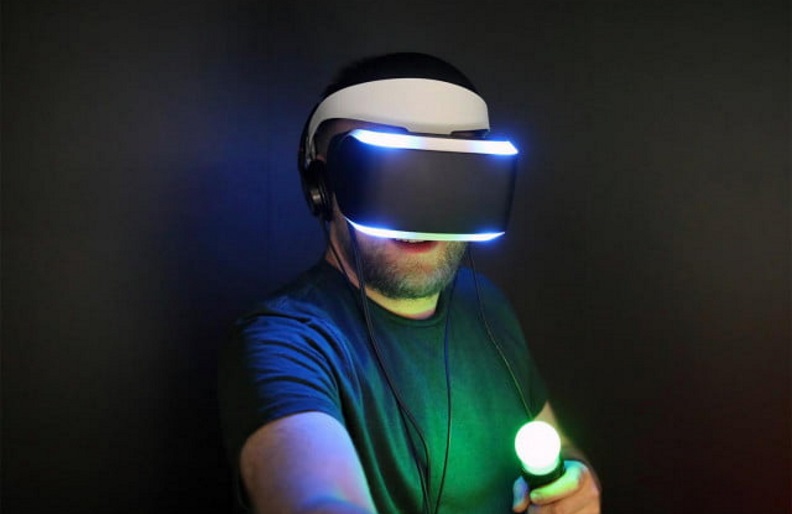 A new study from market analyst firm Canalys has found that high-end virtual reality headset sales for the previous quarter have exceeded just over a million units for the first time. Of that number, almost half are PlayStation VR headsets, with Oculus Rift units following up with just over a 20-percent market share. The HTC Vive platform brings up the rear with 16 percent of all headsets sold.

Although virtual reality acceptance in the mainstream gaming space has been slower than some predicted, sales continues to grow month by month and the third quarter of 2017 has seen the biggest growth in top-tier VR yet. During that three-month period, more than a million VR headsets were sold, with almost half of those being PSVR units.

Coming out of the study conducted by Canalys, this data shows a healthy growth in the industry, at least partially driven by recent price cuts. With the Oculus Rift discounted to $400 — $350 in the Black Friday sales — and the HTC Vive squeezing its price down to $600 for its hardware bundle, top-tier virtual reality is more affordable than ever. 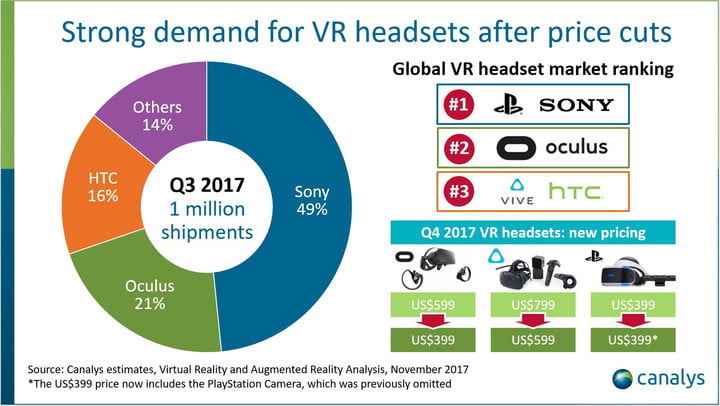 “VR adoption in the consumer segment is highly dependent on price, and Oculus’ strategy of lowering prices has definitely helped drive adoption,” said Canalys Research Analyst Vincent Thielke. He went on to highlight how upcoming, affordable, midrange headsets like the Oculus Go and HTC Vive Focus, may serve to expand the market even more in the months to come.

Canalys is also intrigued by the potential of new entrants in the VR marketplace, including headsets supporting Microsoft’s Windows Mixed Reality platform. There are also new VR headsets from the likes of Pimax which could have a significant impact as they raise the bar for what high-end consumer virtual reality is capable of delivering to users.

A notable absence from this latest study, however, concerns entry-level VR headsets. The Samsung Gear VR, and even more economical devices like the Google Cardboard and its contemporaries, are still the most popular VR headsets. Although lacking many of the features of their higher-end counterparts, they are much more numerous, numbering in the millions at last count.