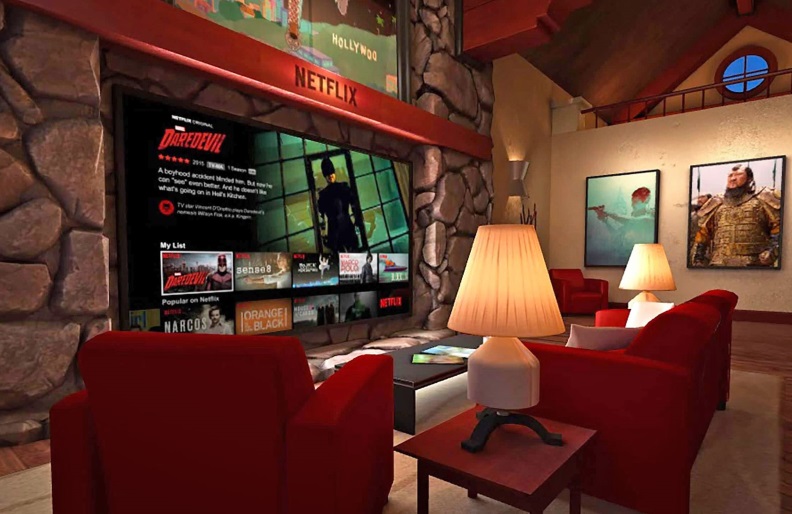 Netflix was one of the first video-streaming services to adopt VR in 2015, when it introduced a 360-degree app that let users step into a virtual room to watch movies or TV shows on a Gear VR. Then, a year later, it launched a version of that application for Google’s Daydream headset, but the company has been relatively quiet in the VR space ever since. The reason for that, simply put, is that Netflix doesn’t see the technology as a priority — at least not right now. Speaking at a media event inside the company’s Hollywood headquarters, Chief Production Officer Greg Peters said that Netflix is only focused on seeing how VR systems evolve at the moment.

He said that’s because he sees it as more of a medium intended for gaming, rather than one where subscribers can have a lean-back experience to enjoy any of the content Netflix has to offer. Peters added that he believes virtual reality is still in its early days, hence Netflix choosing to sit back and take a wait-and-see approach to it. Netflix may have the right idea, too, because as we saw with NBC Sports’ VR streams of the 2018 Winter Olympics, the technology can be pretty tedious for viewers — even if most of that blame lies on the hardware limitations, not the content being produced.

Netflix rival Hulu, on the other hand, continues to be committed to VR. Just a few months ago, the streaming service brought its virtual reality content to Windows Mixed Reality headsets, including two new shows: The Driver and A Curious Mind. The arrival of headsets that are both more powerful and accessible in the near future, like the Oculus Go, could make Netflix change its mind. But for now, the company seems to be okay with letting VR platforms grow first, before taking any major chances on any of them.