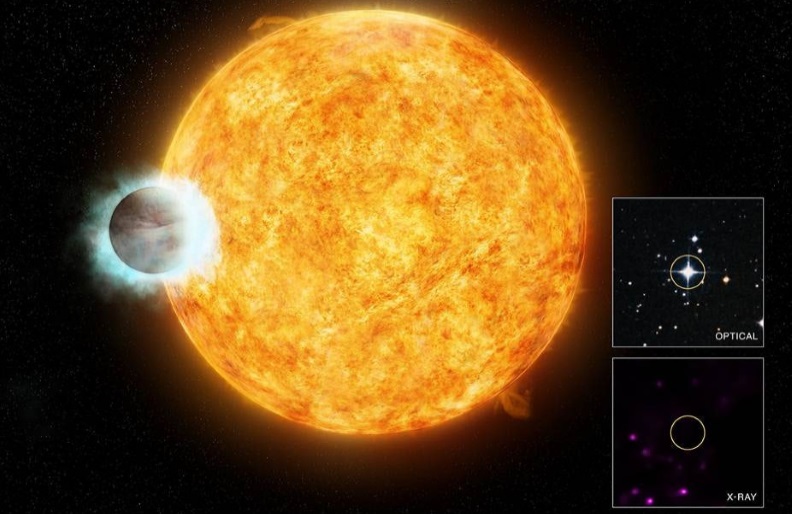 Earth’s pleasant, life-giving atmosphere is turning out to be somewhat of an oddity. With almost 4,000 planets so far discovered orbiting stars beyond our solar system, scientists are finding that atmospheres come in a wide range of recipes. To get a better understanding of that cosmic chemistry, a team at NASA’s Jet Propulsion Laboratory (JPL) has recreated one of these alien atmospheres in the lab.

Normally, astronomers have to piece together disparate clues to get an idea of what an exoplanet’s atmosphere is made of. When these planets pass in front of their host star, the way light passes through the atmosphere can tell us what’s in the air, and other factors can be taken into account such as how much heat, light and radiation they receive.

But that’s not enough to get the full picture, so the JPL team set about recreating possible exoplanet atmospheres right here on Earth.

For this study, the researchers focused on a well-documented type of planet known as a “hot Jupiter.” As the name suggests, these are gas giants like our own Jupiter that orbit their parent star so closely that their atmospheres are blisteringly hot. Being that close up, many take less than 10 days to orbit their stars, and have been known to regularly reach temperatures as high as 5,000° F (2,800° C).

To recreate this intense environment, the JPL team started with a basic mix of gases that are common through the cosmos: mostly hydrogen gas, with 0.3 percent carbon monoxide. To mimic the effects the stars have on the atmospheres, the researchers then heated the gas to between 620° and 2,240° F (330° and 1,230° C), and exposed it to high levels of ultraviolet light.

The tests revealed some new details about the possible alien atmospheres. Observations of real planets have shown that their atmospheres are often opaque, even at low pressure where clouds aren’t able to form. The team’s artificial atmosphere also came out opaque, thanks to the UV light forming organic aerosols – solid particles in the air.

“This result changes the way we interpret those hazy hot Jupiter atmospheres,” says Benjamin Fleury, lead author of the study. “Going forward, we want to study the properties of these aerosols. We want to better understand how they form, how they absorb light and how they respond to changes in the environment. All that information can help astronomers understand what they’re seeing when they observe these planets.”

The radiation triggered some other interesting chemical reactions too – namely, the creation of carbon dioxide and water vapor. Water has been detected in hot Jupiter atmospheres before, but scientists generally thought it could only form when there was more oxygen than carbon. This test shows that it can also form with equal amounts of those elements.

The team plans to continue trying to recreate other exoplanet atmospheres, with a specially-designed oven that can crank the temperature up even higher and allow them to control the pressure as well.

This isn’t the first time an alien environment has been recreated on Earth. Last year, another NASA team simulated the liquid methane oceans of Titan to test space-faring submarine designs.