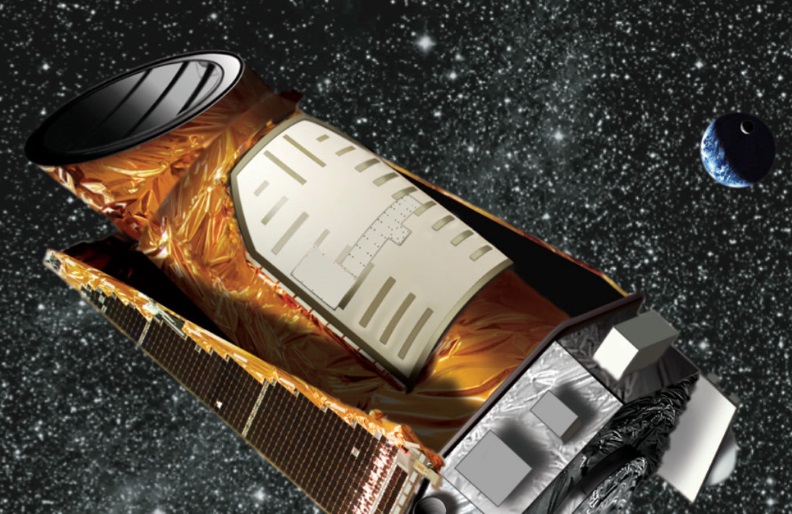 Astronomers at The University of Texas at Austin, in partnership with Google, have used artificial intelligence (AI) to uncover two more hidden planets in the Kepler space telescope archive. The technique shows promise for identifying many additional planets that traditional methods could not catch.

The planets discovered this time were from Kepler’s extended mission, called K2.

To find them, the team, led by an undergraduate at UT Austin, Anne Dattilo, created an algorithm that sifts through the data taken by Kepler to ferret out signals that were missed by traditional planet-hunting methods. Long term, the process should help astronomers find many more missed planets hiding in Kepler data. The discoveries have been accepted for publication in an upcoming issue of The Astronomical Journal.

Other team members include NASA Sagan fellow at UT Austin Andrew Vanderburg and Google engineer Christopher Shallue. In 2017, Vanderburg and Shallue first used AI to uncover a planet around a Kepler star—one already known to harbor seven planets. The discovery made that solar system the only one known to have as many planets as our own.

Dattilo explained that this project necessitated a new algorithm, as data taken during Kepler’s extended mission K2 differs significantly from that collected during the spacecraft’s original mission.

“K2 data is more challenging to work with because the spacecraft is moving around all the time,” Vanderburg explained. This change came about after a mechanical failure. While mission planners found a workaround, the spacecraft was left with a wobble that AI had to take into account.

The Kepler and K2 missions have already discovered thousands of planets around other stars, with an equal number of candidates awaiting confirmation. So why do astronomers need to use AI to search the Kepler archive for more?

“AI will help us search the data set uniformly,” Vanderburg said. “Even if every star had an Earth-sized planet around it, when we look with Kepler, we won’t find all of them. That’s just because some of the data’s too noisy, or sometimes the planets are just not aligned right. So, we have to correct for the ones we missed. We know there are a lot of planets out there that we don’t see for those reasons.

The two planets Dattilo’s team found “are both very typical of planets found in K2,” she said. “They’re really close in to their host star, they have short orbital periods, and they’re hot. They are slightly larger than Earth.”

Once the team used their algorithm to find these planets, they followed up by studying the host stars using ground-based telescopes to confirm that the planets are real. These observations were done with the 1.5-meter telescope at the Smithsonian Institution’s Whipple Observatory in Arizona and the Gillett Telescope at Gemini Observatory in Hawaii.

The future of the AI concept for finding planets hidden in data sets looks bright. The current algorithm can be used to probe the entire K2 data set, Dattilo said—approximately 300,000 stars. She also believes the method is applicable to Kepler’s successor planet-hunting mission, TESS, which launched in April 2018. Kepler’s mission ended later that year.

Dattilo plans to continue her work using AI for planet hunting when she enters graduate school in the fall.