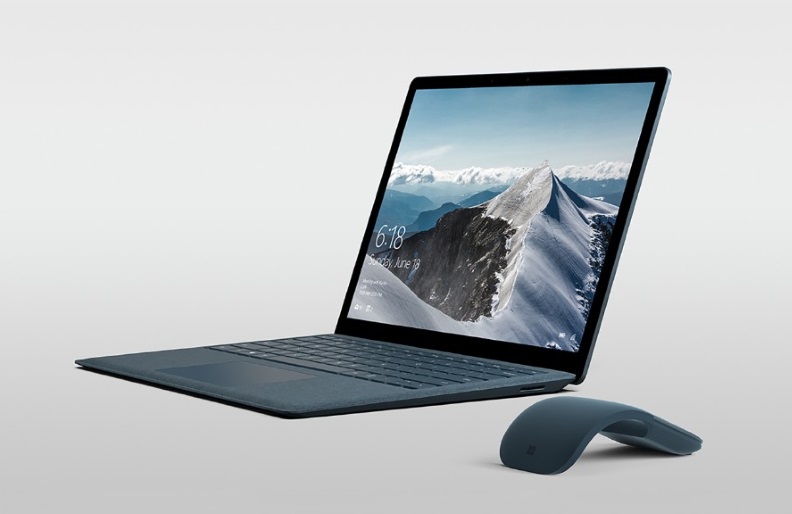 Even as personal computer sales slow, Microsoft Corp. is adding yet another model to its growing line of Surface computers.

The software giant on Tuesday announced a new 15-inch laptop geared toward creative professionals seeking a powerful device to work with images, video, music, software design and the resource-guzzling programs they use.

The computers are part of an expanding Surface lineup that includes the Surface Pro tablet-laptop hybrid refreshed in May, the lightweight Surface Laptop introduced the same month and the 28-inch touch-screen Surface Studio PC launched a year ago.

Microsoft is expanding the Surface portfolio despite the brand seeing uneven results. In April, fiscal third-quarter revenue for the entire Surface line fell 26% to $831 million, something Microsoft finance chief at the time Amy Hood attributed to stiff price competition as well as a dearth of new Surface products. Microsoft narrowed those revenue declines to 2% in the fiscal fourth quarter.

Still, Microsoft sees these Surface devices as showcases — premium computers intended to both highlight the capabilities of its Windows operating system and inspire high-end designs from the company’s hardware partners. In an interview, Terry Myerson, Microsoft’s executive vice president in charge of Windows, said the new 15-inch Surface Book 2 is a mobile workstation that can handle robust videogames as well as high-end computing work.

The software giant also began rolling out a new major update to its Windows 10 operating system on Tuesday, something it now does twice a year. The latest update includes a new photo application that uses artificial intelligence to suggest animated slideshows from a user’s media collection, pulling together snaps of horses, for example, based on image recognition technology.

Microsoft’s first virtual-reality headsets that connect to Windows 10 PCs — from Acer Inc., Dell Inc., HP Inc. and Lenovo Group Ltd. — are available in stores and online. A VR headset from a fifth partner, Samsung Electronics Co., is available for preorder and will be in stores Nov. 6.

In May, Microsoft said 500 million devices were running Windows 10; it declined to update that figure.