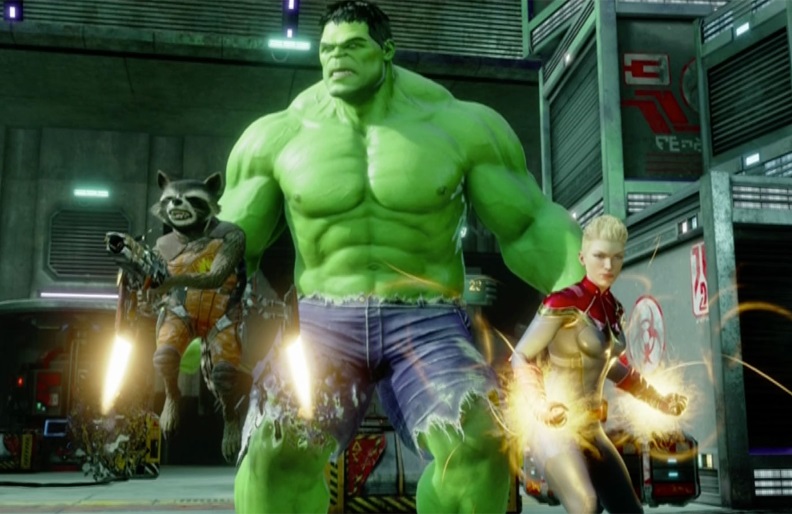 Disney’s D23 Expo covers all aspects of its entertainment empire, and today the studio revealed that virtual reality is coming to the Marvel universe. Powers United VR is being made by Oculus and Sanzaru Games, and will let players step into the shoes of characters like The Hulk, Captain Marvel, or Rocket Raccoon. The announcement came during the “Level Up” gaming panel, which also included updates about Star Wars: Battlefront II and Insomniac Games’ upcoming Spider-Man game.

Perhaps not surprisingly, the game will be exclusive to the Oculus Rift headset and Touch controllers. One of the big selling points is that it’s actually going to be a co-op experience. Multiple players can team up, each taking on the role of a different Marvel character, to play together in joint missions. Disney is planning on announcing additional characters for the game starting next week at San Diego Comic-Con, with Powers United VR itself targeted for a 2018 release.

Aside from the allure of Marvel characters themselves, the multiplayer aspect of the game has the potential to help it really stand out. Much like Star Trek Bridge Crew, another VR game built around the idea of multiple players collaborating towards a common goal, it sounds like a perfect title for location-based VR installations. Whether in standalone VR arcades, or a potential set-up in a movie theater or other location, multiplayer VR games should help encourage adoption by incentivizing players to bring in friends that otherwise haven’t tried the platform, growing the base of people used to playing and paying for VR.